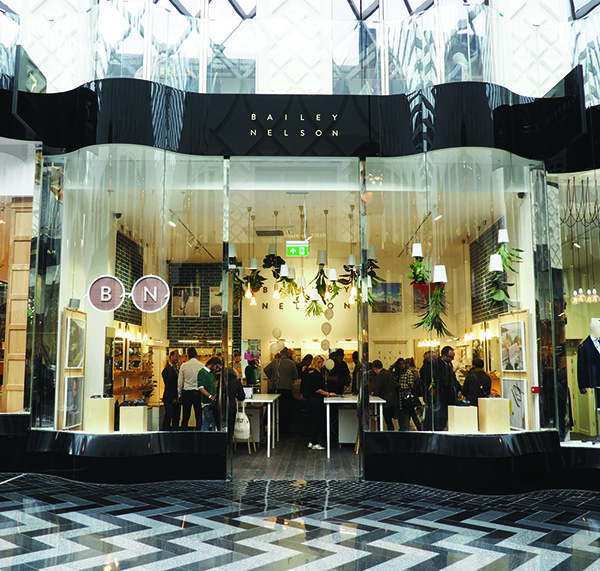 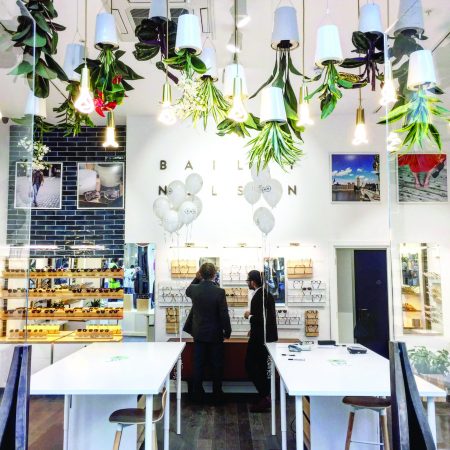 A new Bailey Nelson store, focusing on creating a relationship between customers and the environment, has opened in Leeds as part of the Victoria Gate shopping centre. The store for the opticians, who specialise in designing and creating their own glasses priced at £98 including prescription lenses, is the first for the company in the UK outside of London.

With six locations in London – and additional branches overseas in Canada, Australia and New Zealand – Bailey Nelson wanted to make its venture north unique, making sure to capitalise on the buzz currently surrounding Victoria Gate. To do this they turned to Jaimie Moffitt at Nourish Interiors who had worked with the brand previously. Jaimie talked to Premier Retail about the origins of the project and its sustainability:

“I’ve actually done quite a few of the fit outs for Bailey Nelson and we’ve had a long relationship which is always good. They joined the Victoria Gate development relatively late in terms of agreeing a lease so it was a quick turnaround to get the store ready.

“The original brief was centred on reusing part of an existing fit out from a pop up they did a couple of years ago in Old Street, London. What we had to do was try to work with this the best we could, making it even better than it was. We refurbished a lot of the display panels, draw units and display units – cleaning and repainting them but also adding our own new components. We wanted to create a nice, open feel.

“They wanted the store to be very light and airy. The new Victoria Gate has a big atrium and clear glass ceiling so we wanted to work with that and make sure the store was lovely and light. We’ve kept all the finishes light which means there is a lot of white. There are a lot plants hanging down along with pendant lights and both elements work with the sustainability aspect as the lights are energy efficient while the plants introduce a biophilia element.”

This last point is one of the reasons the store stands out. Biophilia is a concept that humans are inherently connected to nature. By having access to natural light, views of the outdoors and visible plants, people feel more comfortable in a space. Jaimie wanted to work with those principles in the store. The plants also improve health and wellbeing for customers as well as staff. All paints and adhesives are water based and therefore contain no harmful chemicals and toxins.

“The main thing for us is that any fit out we do includes sustainable elements. Most of the time these elements can be integrated without too much hassle and I think if you set out with this in mind at the beginning then you can achieve quite a bit without it being too much of an effort.”

At 60m2 the boutique store makes the most of its limited space. In fact, it was making sure the space was ready in time that proved the most challenging aspect of the project. Fit out partner Scoppio delivered the store in seven days, working as the rest of the shopping centre was being finalised around them.

Reflecting on the project, Jaimie concluded:

“I love how the store has turned out and in terms of working with Bailey Nelson, it’s probably the best work we’ve done. Being able to focus on the sustainable elements has resulted in a great space. To turn it around so quickly was hugely satisfying and gives us confidence moving forward.”