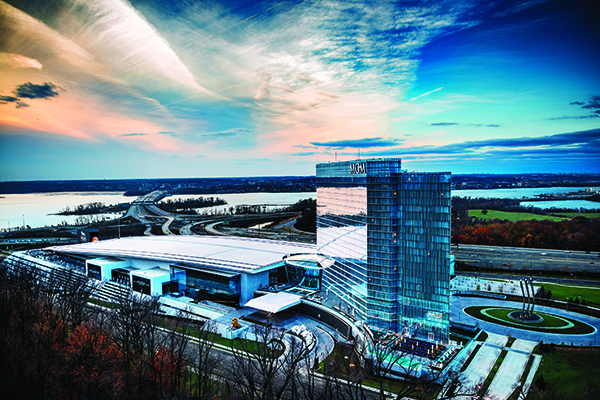 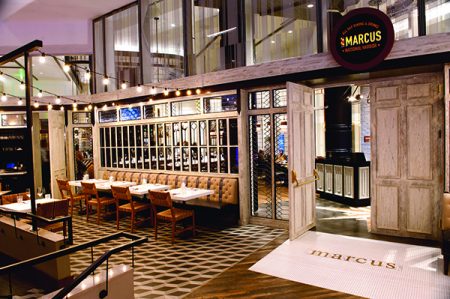 A major casino resort in America has spun the roulette table for this time after a grand opening at the beginning of December. MGM National Harbor, situated on the Potomac River just south of Washington, D.C., is a $1.4 billion development combining luxury accommodations, gambling, food and entertainment.

With 308 keys – including 234 guest rooms and 74 suites – more than 125,000 square feet of casino space, 15 dining options, two bar and lounge experiences and a 3,000-seat theatre, MGM National Harbor brings a slice of Las Vegas to the East Coast. With stunning views out onto the Potomac River, the venue is set up to provide guests with a high quality experience and blends seamlessly into the surrounding environment.

Each room has a contemporary design taking inspiration from the surrounding areas. Culinary delights from celebrity chefs including Jose Andres and Marcus Samuelsson bring together local and global flavour while the venue’s first month alone will see international stars like Bruno Mars, Kings of Leon and Impractical Jokers perform.

Global architecture firm HKS Architects was tasked with designing the building. Eddie Abeyta, the architectural design director for the project, spoke to Premier Hospitality about his work and the challenges of working on such a grand scale:

“It was around late 2012 that we were first introduced to the project. It came together very quickly based on a set of guiding principles that were identified by the Chairman of MGM that revolved around what he was trying to achieve with the project.

“It was December 2013 when MGM officially announced they had been awarded the gaming licence. From our standpoint we worked on it a year prior, ramping up the design concept so once they received approval we could immediately go into design and implementation mode. The design and construction document effort then took place over 2013 and 2014.

“The project was built in two and a half years so it was fast and furious and very exciting to see. It encompasses 1.7 million square feet of occupied space including all of the public areas, back of house space, the hotel, the theatre and meeting space. It’s a significant project.”

Within sight of Washington’s famous monuments, the resort offers a new gateway to the capital from the state of Maryland. It was central that the venue be special and iconic for the local community. Founded in 1939, HKS has 26 offices worldwide and has worked on major hospitality projects across the globe.

“One of the main challenges was the scale of the project. The site is 1,600 feet long and has a gentle but dramatic 90-foot slope from West to East. Integrating the project into the sloped hill conditions was a challenge but I think we were very successful.

“We actually used the parking garage as a design element. The parking garage is not a free standing facility that sits separate from the project but it’s actually an integral part of the project. It is what we call the ‘plinth’ which is at the base of the project and integrates into the landscape. The plinth is actually an arrival platform for guests and makes them feel like they are perched above the existing terrain with amazing panoramic views. On the Western end of the project we have the Potomac Plaza which is lined with restaurants that offer a beautiful view and connectivity to the outdoors.

“The other challenge was the speed to market. Everything was being done to open the doors of this facility sooner rather than later and while most of our work is extremely fast-paced, the scale of this project made it that much more complicated.” 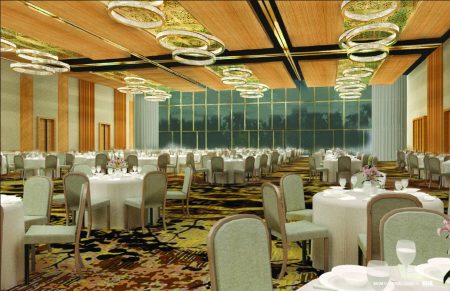 “I have worked on some really great projects but this one is very special. Washington, D.C. is one of my favourite places to visit. When you walk through the city, you feel the monuments, what they symbolise – it’s just a special place. To create such a significant project in this environment, it’s an incredible feeling and opportunity.”

Edenburg Hospitality was awarded the millwork and furniture package for the hotel guestrooms. They also provided furniture for common areas as well as restaurants. With most of their extensive portfolio being outside of the United States, this was truly a landmark project for the company’s expansion into the U.S. market. Owner and CEO, Ignacio Edenburg, personally led this project from start to finish along with his Vice President of Sales, Evan P. Welch. The company is headquartered in Miami Florida, with their manufacturing facility located in Spain. They also have offices in Colombia, Mexico, and Canada.

“It was an honor to be part of such a fantastic project with MGM.”