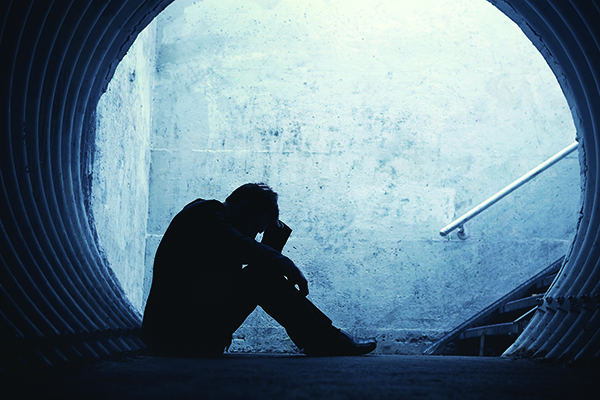 The BESA and ECA: Working together to represent the building services engineering sector

The ECA and the BESA are collaborating on a range of important issues and opportunities affecting the building engineering services sector.

Suicide kills six times as many construction workers as falling from heights, according to mental health volunteers.

Samaritans – the mental health charity – told a seminar hosted by three building engineering bodies that there must be more attention paid to depression and stress in the industry.

“With the amount of energy being put into managing physical risk; you have to question whether the industry is getting the health and safety balance right,” said Samaritans regional partnerships officer Will Skinner.

Someone in the UK takes their own life every 90 minutes and there were 6,122 recorded deaths by suicide in the UK in 2014 of which 76% were men. This compares with 1,775 people who died in traffic accidents. Suicide is the biggest killer of men under 50 and the highest suicide rate is among males aged 45-59.

The main risk factors include depression and mental illness – which can often be brought on by a stressful working environment; money worries; drugs and alcohol. Mr Skinner told the seminar that men from poorer economic backgrounds are also 10 times more likely to die by suicide than men who are financially better off.

The seminar, which was hosted and organised by the Building Engineering Services Association (BESA); the Electrical Contractors’ Association (ECA); and the CIBSE Patrons, heard that depression and suicide was the “forgotten health and safety issue”.

BESA chief executive Paul McLaughlin, who chaired the event, said 80% of employers in the building engineering sector recognised mental health was a major issue and was already having an impact on their businesses, according to a recent survey of BESA and ECA members.

“Both large and small companies share the same concerns, but many simply don’t know how to deal with this,” he said. “The first thing you have to do is acknowledge there is an issue, which is why we are now working with Samaritans.”

ECA director of Business Policy Paul Reeve said that sustained progress with mental health would require challenges to the current industry culture that, too often, “simply labels anyone with a mental health issue as weak”. He said “it won’t be easy, but we must challenge this sort of prejudice”.

Mr McLaughlin said that how the industry behaved and how it treated people was a major contributory factor to growing depression and suicidal feelings in workers.

“There are thousands of risk assessments being carried out across the industry and very few even mention mental health,” he added. “If something is important; you need to start measuring it, which is what the industry does with physical injuries and accidents. We need to introduce something similar for mental health.”

The three industry bodies and Samaritans agreed that the seminar should be the start of a major initiative to address mental health issues across the building engineering sector including raising awareness and providing specialist training as part of health & safety programmes.

You don’t have to be suicidal to call Samaritans. Whatever you’re going through, call us free any time from any phone on 116 123 (this number is FREE to call and will not appear on your phone bill), email: jo@samaritans.org, or visit www.samaritans.org to find details of your nearest branch.