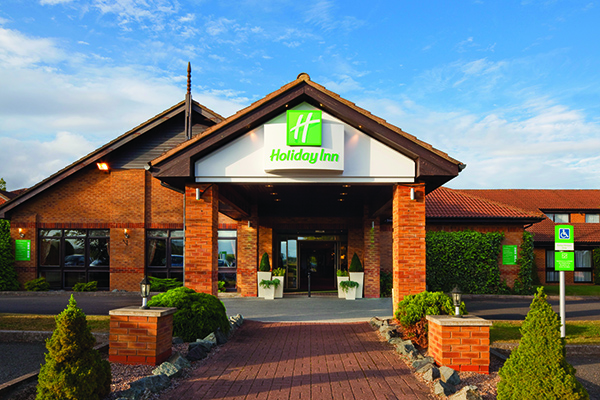 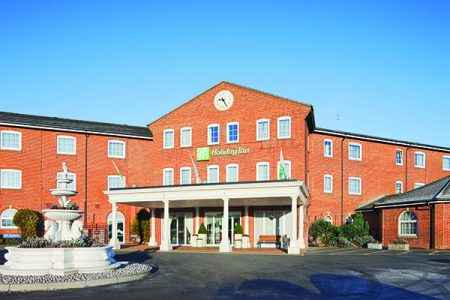 Guests at the Holiday Inn Corby and Holiday Inn Northampton West are benefitting from major investments at both sites with the overhaul of both the rooms and lobbies. Work was carried out in stages at each location across 2016 and both now offer refreshing and contemporary spaces catering to a variety of needs.

The first project to get off the ground was Corby, with local interior fit out contractor 7formation initially asked to work on four sample rooms. The firm did such a good job that this was then extended to a bigger contract of 24 rooms and a glowing reference from the hotel’s management team.

A larger project at Holiday Inn Northampton West was thus won by the firm shortly after. Rather than just rooms, this contract was a refurbishment to the entire hotel including ten new rooms and a refresh of the hotel’s gym and conference facilities as well as external rendering, cladding and signage.

Jak Garner, Operations Director at 7formation, spoke to Premier Hospitality about both projects:

“Our first meeting with Holiday Inn was when we were approached by the Corby branch as we’re only half a mile away. We originally worked on four sample rooms but worked really well with the client and the relationship grew from there.

“We then went on the tender list for the open lobby and won because we were the most price competitive. We finished the lobby and some more rooms in early 2016. At the end of that there was a celebration of the refurbishment and our name was mentioned a lot as the main contractor. Northampton West isn’t that far away and we were recommended to them because of the good job we’d done at Corby.

“As traditionally we’ve worked on retail projects, we work 7 days a week from 7am till 7pm so our programme period was significantly less than our competition. We said we’d do it in 18 weeks, with half completed in 8 weeks including the open lobby and the other half completed in 10 weeks.”

The new rooms have a new colour scheme and a more autumnal feel. Both hotels are surrounded by trees and as such there are a lot of woodland based colours in the rooms. The en-suite bathrooms have also been upgraded and refreshed with black granite and white tiles as well as a power shower. The new open lobby at Northampton West includes a Starbucks To Go Café and has been designed to be a flexible space for guest needs. 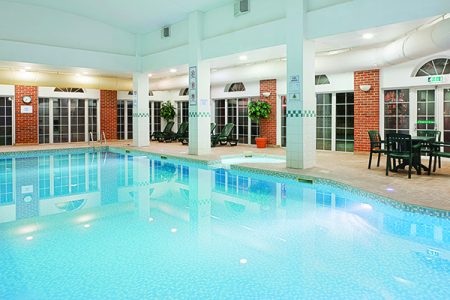 Given this venture was a new direction for 7formation, the company had to overcome challenges they were not necessarily used to but they were able to complete the projects on time and within budget, developing a relationship with Holiday Inn that continues to grow. Jak commented:

“Firstly, everyone wants value for money and working alongside the client to keep the budget where they need it to be is vital. It’s a constant process valuing work. Ensuring both hotels were able to trade throughout the projects was also a significant challenge but its part and parcel of doing the job. We just had to make sure our programme management was well thought out and communication with the hotel was constant.

“It’s really exciting to be involved in these projects. It’s a new avenue for our business and goes alongside what we do in retail. We get a bit of a buzz out of it because we feel we really provide a difference to the customer. This new open lobby concept is a really great design and they’re an amazing example to show potential customers. They’re a good spec, look great and we are proud to show customers around.”

7formation are currently undertaking more work for Holiday Inn Corby converting a bar area into meeting rooms as well as revamping the hotel’s wedding facilities. Made up of a team with over 20 years of experience, 7formation are a nationwide retail, office and commercial interior fit out contractor.

“As a company we pride ourselves on quality of work. Our company ethos is to be the very best that every company works with. Our stamp on a job is our teamwork – we’re happy to work with everyone involved in a project, not just the end client.”