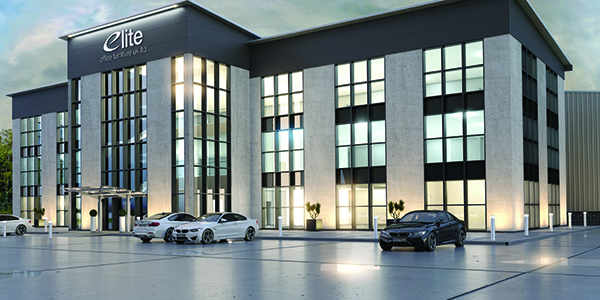 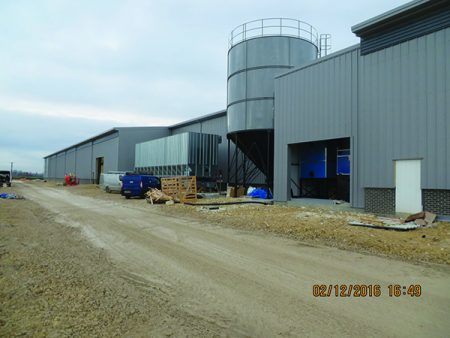 Elite Office Furniture UK, one of Britain’s leading Office furniture manufacturers, is preparing to move into a state-of-the-art new head of operations. The company, currently based in Goole, Yorkshire, has been planning the move for some time and is now in the final stretch with work due for completion in April of this year.

Established in 1986, Elite Office Furniture UK originally started with a workforce of just 12 but over the last 30 years has developed into a multi-million pound business employing over 130 people. In line with this growth the decision to move into a new facility has been partly driven by a desire to continue this business expansion.

Located just off junction 36 of the M62 near Goole, the 225,000 sq. ft. new build includes a three storey office block and a single floor manufacturing plant. Del Eddy, Project Manager on the build, spoke to Premier Construction about its origins and the work currently being undertaken:

“Our current site has been extended six times but we are now at a point of maximum capacity where it can no longer be expanded. We still have the ability to manufacture quickly but storage has become a challenge.

“The office block is at the southern end of the site. The ground floor will be offices while the first and second floors will be the showroom. We work through a network of dealers who can use our showrooms to show off our products if they wish. As they are nationwide they have the option of using our London showroom or they can visit our head office if they wish to combine a showroom visit with seeing the manufacturing processes at the new facility.

“We know that at the moment we can’t display everything we make because the showroom is not large enough. The manufacturing plant is 266 metres long with 2 bays that are 43 metres wide each. It’s a big, long, wide building which makes it easier to plan work flow. Every department has much more space than before and has room to grow within itself without impacting on others.”

The new facility has very much been designed with the future in mind. The plan is for the company to double within the next 10 years and the increased manufacturing space will be central to this. Ideally located in terms of transport connectivity, the building also features a number of environmental aspects including an efficient building fabric, energy efficient glazing, biomass heating system under the RHI scheme and full motion activated LED lighting throughout.

Currently, the inside of the main building is virtually finished and is ready for machinery commissioning. With regards the office block, the shell is up and is about to have windows installed whilst the roads and car parks should be finished by early March.

In addition to the new site, Elite Office Furniture purchased its London showroom in 2007. Located in the affluent and trendy suburb of Islington, the showroom extended the company’s scope and has contributed towards the strong growth that has defined the brand’s year on year growth.

During its time in operation Elite Office Furniture has built a prestigious and extensive client list including Google, Sky and BMW to name a few.

“We had some issues with the weather and trying to concrete. Mainly we’ve had the natural problems you face with a build of this size that have had impacts here and there but we were happy to just absorb them and reduce pressure on finishing.

“I have really enjoyed the challenge of the project, it’s been interesting. I enjoyed overseeing the whole project and casting a critical eye over certain elements to make sure the end product is of a high standard.

“Once the new factory is open we know that if any project comes up requiring a quick turnaround we have improved our facilities and have the means to deliver. Although we could do that now it will be attainable without impacting on current order levels.”