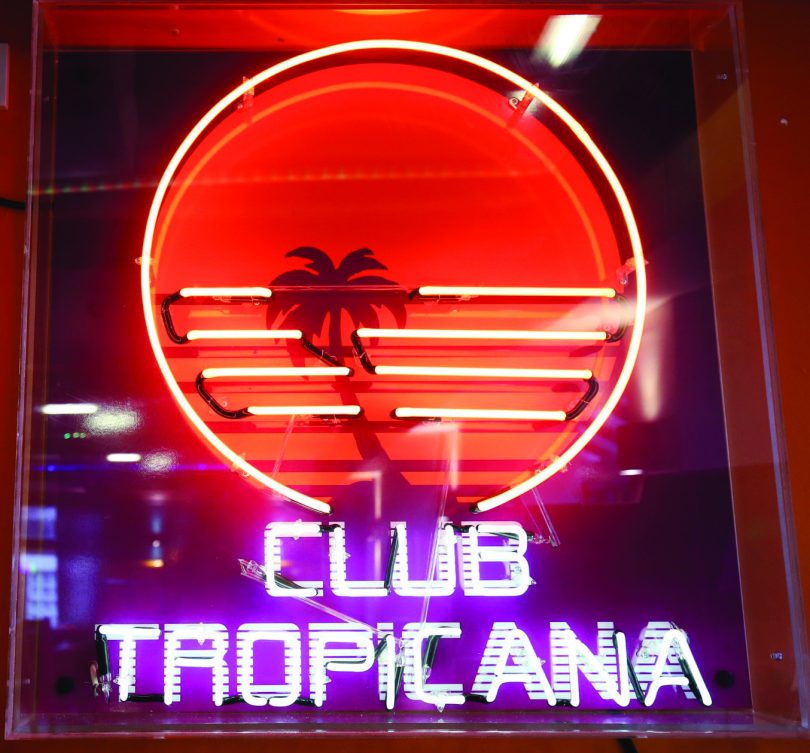 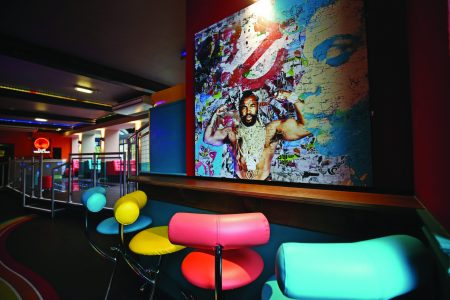 Club Tropicana, Manchester’s only 80s themed nightclub, is back open for business after undergoing a major six-figure refurbishment. Located on the vibrant Canal Street, the club now boasts a statement neon bar and private booth seating as well as artwork featuring the era’s favourite icons and a neon disco sign.

To carry out the work, the venue turned to Warrington-based interior design and architecture firm DV8 Designs to create a concept that pays homage to and encapsulates everything that was great about the 80s.

Rebecca Brooks, interior designer at DV8 Designs, gave Premier Hospitality an insight into the company’s work on the project:

“The brief was to completely redesign this space, as it was in need of a major uplift. With the case study being Pop World, and the new name ‘Club Tropicana’, we designed a bright and lively venue using multiple colours to form the vibrant atmosphere required. Rearranging the raised floor and incorporating new circular booth seating, the space became more functional and included a new DJ Booth, neon signs and a dedicated area for a light up dance floor.

“It was great to get involved on something slightly different in Manchester City Centre. This job just allowed us at DV8 to be bold and vibrant in our choices.”

“As part of our interior refurbishment and overhaul, we wanted to create a totally new concept that was something completely different within the city of Manchester. Located in the heart of the Gay Village, our new 80s theme will welcome disco divas and glamorous guys to channel their inner Madonna’s and Michael Jackson’s all weekend long.

“Club Tropicana’s new look features design elements thrown right back to the 80s including bright colours and plenty of glitter, contrasted against modern design ideas such as industrial metals behind the bar. Here at Club Tropicana, the drinks may not be free – but the good times certainly are!”

Located above Club Tropicana at its 33 Sackville Street venue is the REM Hotel, which has also undergone a total makeover as part of the overall refurbishment. All six rooms have been creatively transformed to offer comfort and style for party-goers, tourists and business delegates alike. 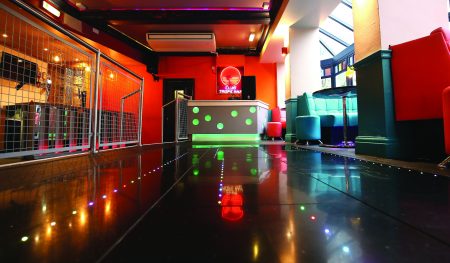 “Ideal for friends, couples and even those visiting the city on business, the new-look hotel rooms will allow our guests to explore all that Manchester has to offer and is conveniently located just a stone’s throw away from Manchester Piccadilly train station.”

In addition to Club Tropicana, DV8 Designs has worked on a number of hospitality projects across the North West picking up two Restaurant & Bar Design Awards nominations in the process. The company specialises in offering clients the full package, from site survey to onsite project management and everything in-between.