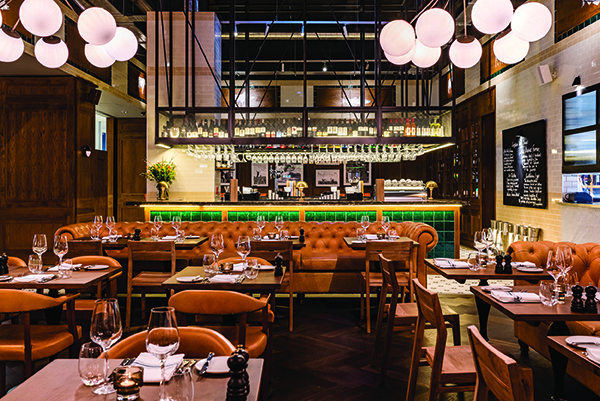 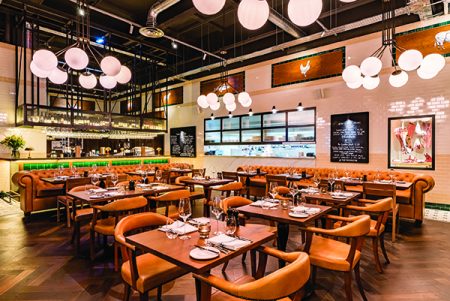 Renowned chef Tom Aikens celebrated the end of 2016 in a grand style with the opening of his first UK restaurant outside of London.

Tom’s Kitchen, a restaurant, bar and deli all rolled into one, opened in Birmingham on the 30th December. Serving seasonal and ethically sourced ingredients, Tom’s Kitchen specialises in British favourites and classic comfort food.

With four restaurants and three delis across London, Tom’s Kitchen Birmingham combines signature dishes celebrated across the brand with a selection of brand new exclusive recipes. Open for lunch and dinner seven days a week, the restaurant will also open for brunch on Saturday and Sunday – blending healthy options such as Superfood Granola served with honey and Greek yoghurt with more indulgent choices like Truffle Eggs Benedict.

New dishes on the dinner menu, exclusive to Birmingham, include Prawn Tagliatelle with red peppers, basil and black olives alongside popular Tom’s Kitchen classics such as Poached Monkfish with escabeche, saffron sauce and herb crust.

Those just looking for an after work drink with friends or a pre-dinner cocktail are also catered for at the lively yet relaxed bar that has been incorporated into the design of the venue. Welcoming diners from the restaurant and customers just looking for a quick drink, the bar menu offers a varied collection of beverages.

Fine wines from around the world and unique wine from artisan suppliers have been chosen by Nicholas Clerc, the wine consultant for Tom’s Kitchen. Craft beers, including a selection from the Whitstable Brewery in Maidstone, are also available alongside classic cocktails and seasonal concoctions.

In addition to the restaurant and bar spaces, Tom’s Kitchen Deli will inhabit a separate space within the Mailbox – The Urban Room. The Mailbox is Birmingham’s premier shopping, office and lifestyle destination with exclusive stores, waterside restaurants, café bars, a luxury independent cinema, hotels, office accommodation and 24 hour secure parking.

Ideal for those on the lookout for a quick and affordable bite to eat, Tom’s Kitchen Deli will serve sandwiches, soups, hotpots, salads and homemade treats. Open seven days a week, it will also offer alcoholic beverages

“Birmingham is a vibrant and bustling city with a thriving food scene. There is already a wonderful array of restaurants in the city, and I believe that Tom’s Kitchen will offer an exciting new option for diners in the Mailbox development.” 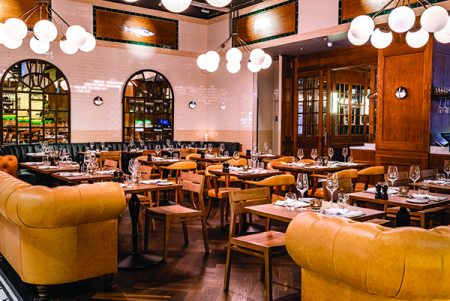 “We’re hugely excited to welcome Tom’s Kitchen to the mailbox later this year. The Mailbox is home to a number of ‘firsts’ and being the venture for Tom Aikens outside of London, this latest is no exception. The arrival of Tom’s Kitchen is further testament to the Mailbox’s reputation as a premier shopping and lifestyle destination and the restaurant will be a fantastic addition to the Mailbox’s already impressive portfolio of premium lifestyle brands.”

In addition to the Birmingham site, Tom’s Kitchen currently has five locations across London as well as an international flagship venue in Istanbul. The London restaurants, found in Chelsea, Canary Wharf, St Katharine Docks, Somerset House and quayside at HMS Belfast, offer comfort food in a relaxed and informal environment.

Placing an emphasis on the source of the ingredients used in Tom’s Kitchen, the brand is dedicated to using UK-based suppliers and local producers. After the successful opening of the international flagship in Istanbul, Tom’s Kitchen Dubai opened last year.

One of the UK’s most acclaimed and inspirational British chefs, Tom Aikens became the youngest British chef ever to be awarded two Michelin stars when he achieved the feat aged just 26. With experience working in some of the most respected kitchens in the UK and Europe, he has also made several television appearances on shows including the Great British Menu and The Great British Bake Off.

In addition to the Tom’s Kitchen brand, Tom launched a new sharing concept – Pots, Pans & Boards – in Dubai in September 2015 and a pork themed restaurant – The Fat Pig – in November 2015.