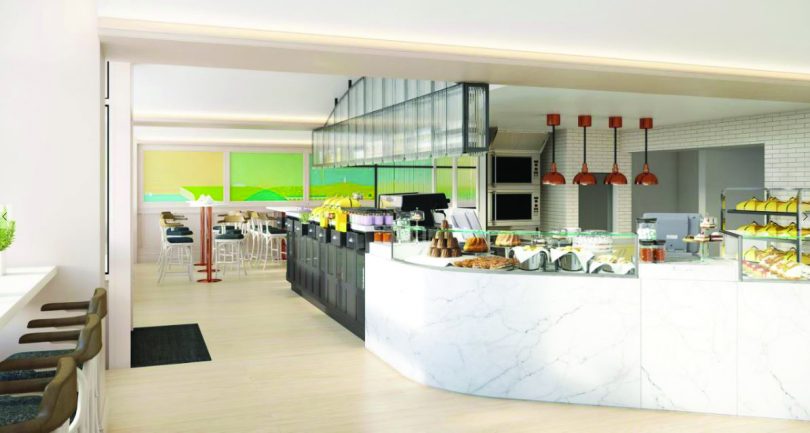 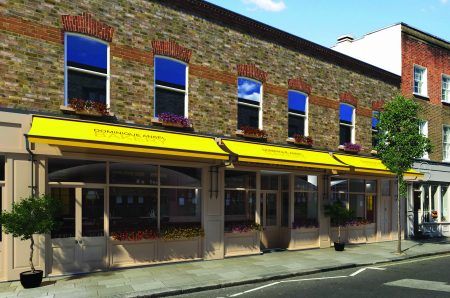 The creative mind behind the international phenomenon that is ‘The Cronut®’ brought his unique talent to London last year with the opening of his first European-based bakery.

Chef Dominique Ansel welcomed the first customers to Dominique Ansel Bakery London in September 2016 after over a year of planning and construction. With a menu featuring a range of signature pastries, from Dominique’s original bakery to London exclusives, long queues stretching down the street are a regular occurrence.

Many are of those standing patiently outside are waiting for a taste of the bakery’s signature product, The Cronut®. A croissant and doughnut hybrid, The Cronut® was named by TIME magazine as one of the “Best inventions of 2013.”

The London bakery is ideally placed in a beautiful building on Elizabeth Street, one of the capital’s prominent retail hubs. The bakery itself is on the first floor, with the pastry kitchens on the second where everything is freshly produced daily.

The origins of the London site can be traced back over a year and a half, but it wasn’t until early 2016 that the design process began in earnest. Construction by main contractor Shone Building Ltd began on-site in mid-June and was finished on schedule in September ready for the grand opening that took place at the end of the month.

Approximately 510 sqm in size, the ground floor of the shop features open kitchens and a guest seating area as well as a courtyard garden with a retractable roof so it can used all year round. The outdoor space is something that is rare in this type of London location and has been fully utilised by the design team.

Inside the bakery, customers are treated to tiled floors, wood panelled walls, marble counters, banquettes and hi-top tables and chairs. French artist Vahram Muratyan was also commissioned to create some beautiful murals of the British countryside that hang throughout the bakery. Some of Vahram’s work also appears on the chocolate and salted caramel eclairs.

Aside from The Cronut®, other popular pastries include The Cookie Shot and Frozen S’mores. Dominique opened his first bakery in Soho, New York City, in 2011 with a second bakery in Tokyo, Japan, opening in 2015. Prior to opening his first bakery, Dominique Ansel was Executive Pastry Chef of Daniel Boulud’s 3 Michelin star restaurant, Daniel in New York City.

Open Monday to Saturday, 8am till 8pm, and Sunday 9am till 8pm, Dominique Ansel Bakery London will soon offer afternoon tea. Due to its popularity, orders for The Cronut®can be made online here http://dominiqueansellondon.com/shop/cronut-preorder/.