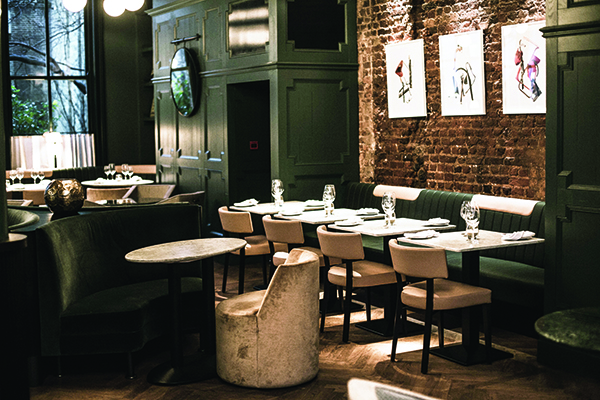 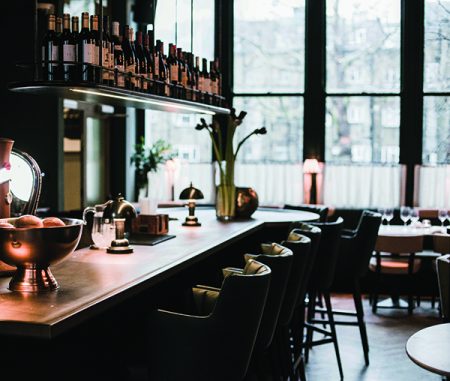 Since first opening in 2001, private members establishment, the Century Club has built a reputation as one of London’s best kept secrets. Located in the heart of the West End, the venue boasts exclusive member’s facilities across four floors including Soho’s largest roof terrace.

Taken over by new management in 2015, the Club is currently undergoing significant refurbishment to refresh the services offered to existing members as well as attracting new customers. The most recent work has involved a complete redesign of the Club’s New York style Tap Room.

Ronald Holmberg, Century Club General Manager, spoke to Premier Hospitality about the work and future plans for the venue:

“I took the Club over about 14 months ago with the idea of putting Century back on the map as a strong contender to London’s other private members clubs. When people join members clubs, they expect a certain level of refinement and the dated style of the Club made it feel as though this was lacking in certain areas. I am a big believer that you have two moments in every single place you visit – the first impression and the last impression.

“The first room on the right, The Taproom, was this first impression and it wasn’t the impression we wanted to make and it was this thinking that triggered this period of renovation. The Taproom needed to be the first renovation to have the most impact and set the tone for the whole business.

“The hospitality industry is an ever changing one, and what might have been stylish 5 years ago, just doesn’t make the cut these days. The outdated look of the Tap room didn’t reflect our brand, so we went to market looking for the perfect designers for the first phase of our evolution”

London-based BradyWilliams was quickly identified as the ideal agency to design the Taproom’s new look. The firm, who specialise in providing a fully comprehensive bespoke interior design service, was tasked with creating a classic and thoughtful design.

“The whole idea is to have a room that functions for the entire day. You can walk in at breakfast and lunch to find a very comfortable atmosphere. Closing the curtains in the evening and putting the lights on creates a very good dinner service. We wanted a room that worked from 8am till 1am, one that would be a great place to host meetings during the day but would also work as a classy bar area.” 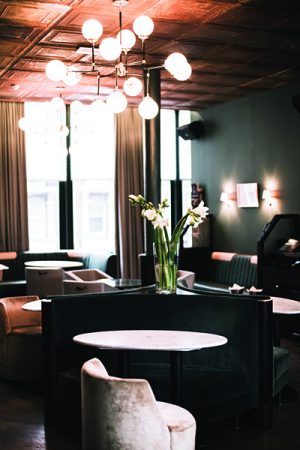 With the Taproom now back open to serve members throughout the day, attention has turned to the roof terrace with Ronald explaining:

“With regards to the roof terrace, currently there are no large roof terraces in the Soho area of London. There are none that have a large capacity like us and we want to create a statement piece that will have that wow factor. The terrace has always had extraordinary views of the city but its potential has never really been maximised.

“It currently has a removable canvas roof, which is perfect for summer, but is more difficult to manage if the weather suddenly turns. Adding an electric glass roof means that whether it’s raining or it’s a gorgeous, sunny day, it’s a pleasant space.”

Benefits for members of the Club include a high quality selection of food and beverages, a curated schedule of events as well as complimentary access to live music, comedy and film performances. It was therefore key that any work carried out on site caused as little disruption as possible.

“Generally we strive to keep work for the club off site so it’s just installation on site and disruption is kept to a minimum. The roof terrace is a good example of this because the work will be done outside and it will be a five day installation. For the Tap Room, work on site was just a nine day job but in reality it was months and months of preparation.”

“From the business side it’s about creating a strong members Club that reinvests in its customers and makes sure they have a very comfortable space to work, rest or play in. For the members it’s about having a refined and well thought out space where they can walk in and have lunch, dinner, or cocktails. They know exactly what the Club is offering to them and this is made clear through the design.”