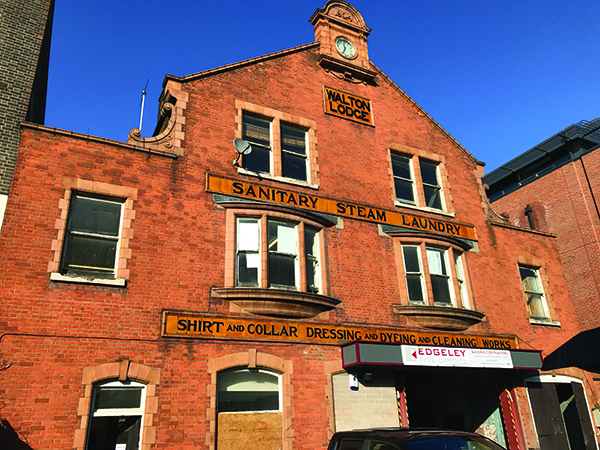 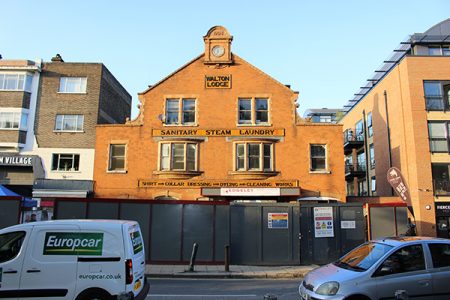 Created within a beautiful period property which has become part of Brixton’s history, is Walton Lodge – a unique development of 13 apartments with commercial units and a cafe at ground floor level, in the former Walton Lodge Laundry building in Coldharbour Lane.

The principal contractors for the project are Edgeley Developments Ltd. Lexadon are the property owners.

The building, which is located on the eastern edge of Brixton town centre, dates back to 1904 and until its closure in early 2014, was used for domestic laundry and dry cleaning, and more recently for supplying laundered linen to hotels across London.

The development brings a new lease of life to the premises and has been designed with great care and consideration for the building’s heritage, retaining many original features as well as the original frontage.

The majority of the site was previously occupied by a double height, single storey light industrial/warehouse building located to the rear of the three storey Edwardian laundry building. The works included the demolition of the rear building, which has been replaced by a new three storey plus basement rear wing.

The principal elevation of the new wing is constructed in graphite-grey standing seam (titanium zinc), and seeks to reference the historic light industrial use of the site.

This wing will include 1296 sq m of business space and 10 self-contained flats, with a further three flats located within the retained building at first and second floor levels, and a 173 sq m restaurant/café at ground and basement floor levels.

The new commercial floor space comprises five flexible and purpose-designed units arranged over the basement and ground floor levels within the new building to the rear.

Each of the units can be divided into two independent premises by creating a shared lobby between the ground floor entrance (on the east elevation of the building) and the staircase to the basement, to create a total of 10 units.

The apartments include two one-bedroom, seven two-bedroom, and; four three-bedroom, properties. All of the dwellings meet or exceed the development plan space requirements and all apartments are finished to a high standard throughout, with high specification kitchens and bathrooms.

The apartments within the listed building are accessed via a communal ground floor entrance which is located on the eastern elevation of the new building, leading to a staircase and lift core.

The existing forecourt, previously used for car parking and loading and unloading of delivery vehicles, is being landscaped to create a gated ‘entrance plaza’ and will also accommodate covered cycle and domestic and commercial waste storage.

The existing 2.8m high brick perimeter wall to the east, which separates the site from an adjacent Barratt Homes development, is being landscaped to create a ‘green wall’.

Works to the external fabric of the locally listed main building are minimal and mainly involve making good the existing building with careful consideration given to its original features, including the red brick street façade with integrated signage and clock, which have been retained.

The new building is of a well-conceived modern design, and replaces a warehouse type construction of no architectural significance.

The new three storey building has a curved roof profile, making it visually subordinate to the frontage building.