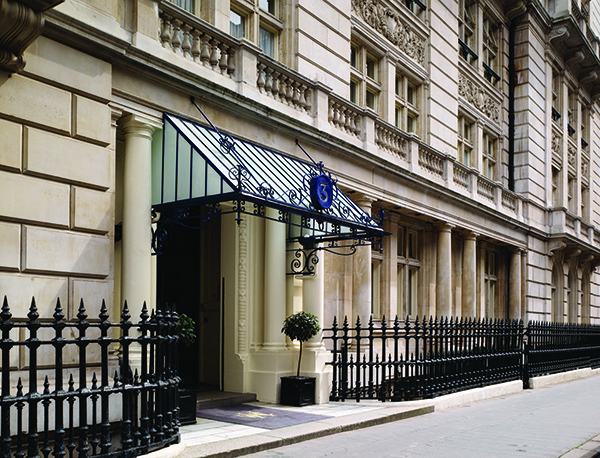 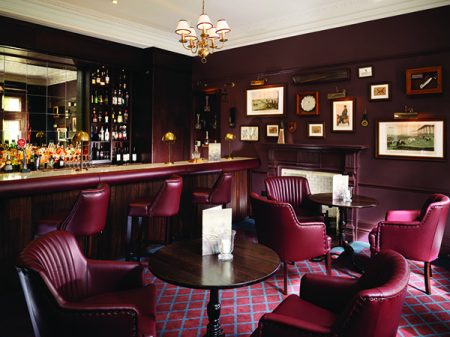 For 175 years, The Farmers Club in London has been a haven for all involved in the farming industry. Located in the heart of London, the Club recently underwent the single largest renovation in its history to provide members with an enhanced service.

As a whole, the Club is comprised of a number of public rooms and function spaces as well as a restaurant and overnight accommodation. The refurbishment took place in the restaurant, lounge, bar and Shaw room (reading room). It also saw two existing function rooms converted into an open plan office space, while the previous office space overlooking the Thames is now a large function room.

Spilt into three phases that spanned from February to July of last year, the origins of the project can be traced back to October 2013 when current General Manager Virginia Masser was hired to overhaul the Club from a hotel perspective.

She began by bringing in a new chef, which in turn saw the Club’s food offering improve substantially and increase in popularity. Approximately two years ago a point was reached where the restaurant was at capacity and members wanted events that could not be facilitated. Speaking to Premier Hospitality, Virginia explained:

“We realised we needed to expand the restaurant, increase the capacity of the kitchen and create a bigger function room. We had to take it to the committee who unanimously agreed with us that it was something that needed to be done.

“In essence they backed the biggest investment the club has ever made in its infrastructure. The bedrooms had been redecorated a number of times but the public rooms had not been touched for a long time.”

The Club was kept open throughout the work, with three phases designed to keep disruption to a minimum with the help of main contractor BB Contracts, interior designer Helen Hughes, architect Graham Cox and Fulcrum Kitchens. Virginia continued:

“The first phase involved the kitchen and restaurant along with converting two functions rooms into office space. That meant the kitchen could be up and running as quick as possible. While the work was going on we had a temporary kitchen set up, out of which we ran a breakfast, lunch and dinner service.

“The second phase was the brand new function room, the reception area, cloak rooms and the Shaw room. They are all located next to each so members had to take a slightly interesting detour around the building but the disruption didn’t last too long. The final phase was the redecoration of the lounge, the bar and some more cloak rooms.

“The design of the club used to be a faded, gentlemen’s club. It was how people would envision an old fashioned club. Now it can be described as a traditionally classic club. We have kept the traditions, club artwork has been reframed and the bar now has memorabilia decorating the walls.”

The project has been well received by members and more recently received a royal seal of approval from Her Royal Highness the Princess Royal when she came to reopen the newly refurbished club. Coming from a farming background herself, she met with 100 members who had gathered in the new function space.

Currently in its 175th year, a number of high profile events at the Club are being planned to mark the anniversary. 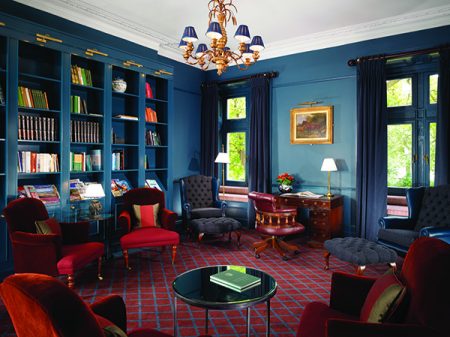 Established in 2010, BB Contracts specialise in interior refurbishment and fit-out in the hospitality, retail, hotel, commercial office and education sectors. An uncompromising approach to quality has helped the company establish a solid reputation with clients and suppliers alike.

Growing at an average rate in excess of 30% year on year, BB Contracts gains a large amount of business from repeat clients keen to maintain a strong working relationship. The firm invests heavily in staff for training and development and prides itself on its team’s ‘can-do’ approach. Director involvement at a project level helps provide an unrivalled personal approach that is uncomplicated and efficient. In addition to The Farmers Club, the company has worked with Darwin and Wallace, Savills, Maggie & Rose, Kew College and Realstar Living.

“BB Contracts really enjoy working with The Farmers Club and their design team. We were particularly proud to have been involved with the refurbishment project and found the team effort of all involved a great example of how to do things well.”

“We aim to see the continued growth of our business, both in size and reputation, over a sustained period by working with clients like The Farmers Club, and by continuing to deliver a consistently high quality service and product on all our projects.”