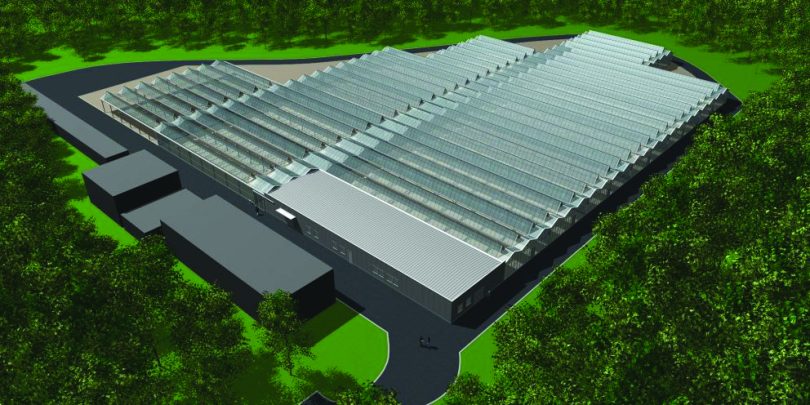 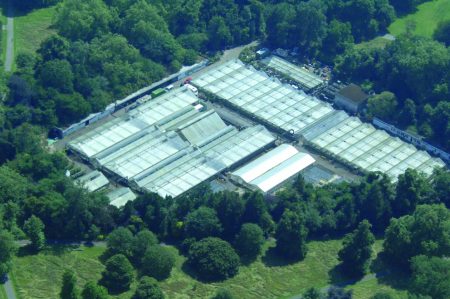 One of the UK’s most innovative super nurseries has been added to London’s Hyde Park and is expected to be operational by summer 2017. The Royal Parks have invested £5 million in order to create this ‘super nursery’ which will help grow most of the 500,000 flowers and shrubs planted across its eight parks in London.

The Royal Parks is the organisation that is responsible for managing acres of historic parkland within the capital city. This includes conservation areas and important habitats for wildlife.

In order for the new greenhouses to be built, the old nursery was demolished to allow the new state-of-the-art nursery project to begin. The previous nursey was built in the 1960s and was getting beyond repair which was the catalyst for the project. This new nursery will serve the 5,000 acres of park land that make up the Royal Parks estate.

Deforche Construct NV, along with Climate Controls Ltd., constructed the site. The greenhouses are the first major production facility in the UK to use Deforche technology which can open and close much like the Wimbledon roof. The use of this technology will save on labour and will help to maximise space as the roof will acclimatise young plants so they don’t have to be moved outside for hardening.

Specialising in the construction of steel and glass agricultural as well as horticultural structures, Deforche Construct NV offer turnkey solutions which are customised to their client based on functionality and productivity. With 74 years of experience, the flexible family business has worked with a range of clients from agriculture and horticulture companies to garden centres to research centres.

Due to the scale of the greenhouse, approximately the size of a football pitch, it will be split into 13 climate controlled areas. They will be operated by Climate Control Ltd.’s latest technology which adapts the environment of the greenhouse to the needs of the plants. Other features of the nursery, that make it one of the most unique features within the Royal Parks portfolio, include a rainwater recovery system, LED lighting throughout and existing boilers that have been fitted with new flues to ensure maximum energy efficiency.

The new nursery will help to save around £200,000 per year on planting costs and through the reduction of energy expenditure as well as delivering learning opportunities for the Royal Parks apprentices. There will also be workshops and open days put on to engage the local community in learning about the plants and wildlife within the park.

Sustainability has been at the heart of the new nursery’s design, with around 99% of materials from the old nursery being recycled. The design for the greenhouse will meet the highest environmental standards and by not outsourcing the nursery service it will reduce their carbon footprint through the reduction of transportation.

Whilst being built, a small nursery in Regent’s Park will be used which will be closed once the Hyde Park nursery has been completed.