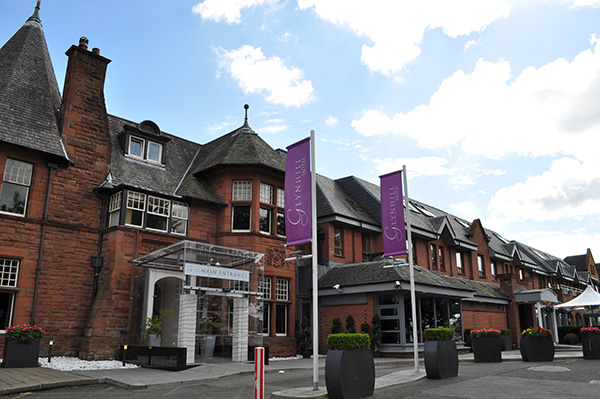 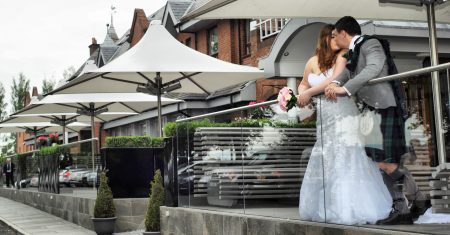 Originally a mansion house, bought in 1967 by the Nicholas family, The Glynhill Hotel has grown from a 22 room hotel, into Renfrew’s only fully serviced hotel complete with 147 bedrooms, bars, restaurants, a function suite for 350 people and a leisure club.

In the last two and half years alone the family have invested some £2.5m in the hotel. Managing Director Maroulla Nicholas explained:

“While there was still uncertainty with regard to the [Scottish] Referendum we had held back a bit on investing, but as soon as we decided to ‘stay’ we got our cheque book out. You can’t stand still. We’ve improved our efficiency by sending our staff on courses, and we’ve implemented changes in our processes. In fact, we’ve saved more thank £50k with the changes we have brought in.”

However, the biggest changes have been in the hotel itself. One of the first enhancements made was to create a Champagne Terrace outside of the Banqueting Suite to enhance the wedding offering. At the same time, the function suite was redecorated, and the chairs re-upholstered, with a new bespoke zebra-style carpet laid, and a brand new partition installed. The carpet was then extended to flow through in to the adjoining Reception Lounges at the front of the hotel, adjacent to the Champagne Terrace.

The Reception area, Cocktail bar and Gourmet Restaurant have also been revamped, with brand new Amtico-like flooring laid throughout. The Cocktail Bar itself has seen a revamp, with designer cream weave wallpaper which compliments the new contemporary looking chairs. The Reception foyer, and Grand Manor Staircase were refreshed with grand thistle wallpaper.

Although all of the public areas have been refreshed, it’s the bedrooms that really have accounted for much of the spending. All of the hotel’s Standard Rooms have been upgraded, creating 45 Boutique Bedrooms which have the ‘wow’ factor. Everything has been replaced, from the beds to the bathrooms. The hotel has also created three more bedrooms, having transformed storage rooms in to a three room apartment, complete with kitchen facilities. The apartment can also be sold as three individual rooms. All in all it took between six and eight months to finish the two floors of bedrooms, and all that remains is the Club Rooms (which are scheduled for redevelopment later in the year).

The Carvery & Grill has seen new fitted seating and voile curtains, which has made the area more intimate. This restaurant now boasts a Glasgow theme, in the form of framed night photographs taken of Glasgow’s most famous landmarks.

“It’s very rewarding seeing the changes. It’s my job to drive the business forward and I try and do something fresh every day. We are continuously improving our offering. I believe it is better to make a mistake than to do nothing at all. Sometimes people don’t embrace change, but I do!” 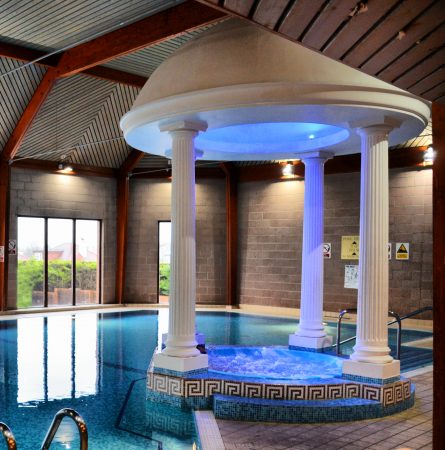 Select Contract Furniture specialise in the complete interior furnishing of hotels, restaurants and bars. The company was set up ten years ago, to offer a more cutting edge offering to clients. Areas of expertise include bedrooms, dining, lounge, flooring, soft furnishings, fixed seating, re-upholstery and more.

“Maroulla genuinely is a joy to work with. She has a great eye for detail, great imagination and intuition and thinks outside the box to achieve her vision for the hotel. She is passionate in every aspect of her work.

“As numerous ideas are bounced around we both strongly endorse that design and aesthetics are key elements of any decision, never ignoring the key importance of practicality within the hotel environment.”

“Select have vast experience within the trade. We have learnt what works and every bit as importantly what does not! We pass this experience on to our customers which saves a lot of money and heartache.

“We also have Scotland’s best contract furniture showroom and fabric design library – over 5,000 square feet of bedroom furniture, lounge and dining chairs, tables,  fabrics, flooring etc – allowing our clients to view and test before they buy.”