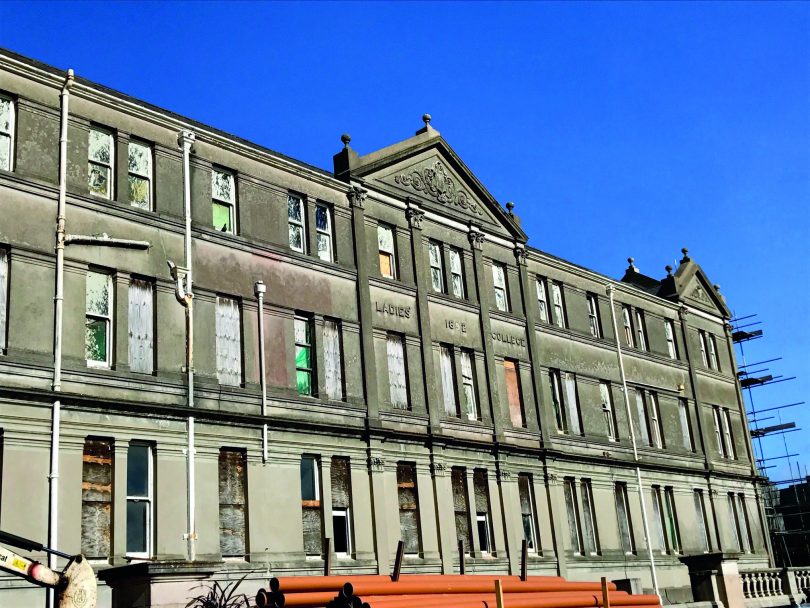 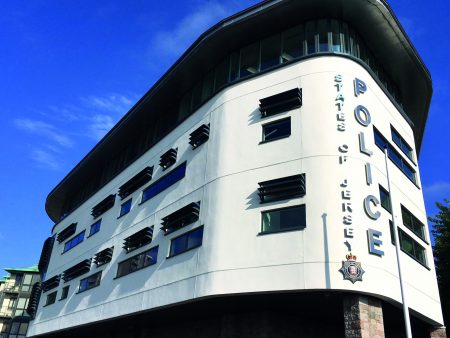 The construction team behind some of the biggest projects in Jersey, ROK Construction continue to forge ahead as leaders in the island’s building industry, with recently completed projects including the impressive new multi-million pound headquarters of the Jersey Police, and the iconic College Gardens residential development.

The huge and impressive new £22m five-storey state of the art headquarters for the States of Jersey Police is located at Route Du Fort, St Helier.

The building was designed by IBI Group, with the Jersey Department for Infrastructure as Project Managers and Arup as Structural Engineers.

However, much of the building is given over to the administration and office space that is required to run a police force.

The building is constructed around a reinforced concrete frame with masonry infill walls. A transfer structure was installed at ground floor level over a car park grid to the basement below.

The ground floor level is reinforced with blast plates to protect against an explosives attack and key pillars have been bomb-proofed.

A total of 266 piles were driven twelve metres into the ground while creating the foundation of the building, which contains 1,000 tonnes of steel and roughly 4,500 cubic metres of concrete.

Vehicle access off Route du Fort is provided both to the custody suite at ground floor level and to the basement parking area. As part of the project, an extension to the top level of Green Street multi-storey car park was constructed to replace an open car park area.

The construction work presented a number of challenges which required careful planning to overcome – for example the need to get thousands of tonnes of material, support structures and equipment to the building site, from only one access point at the front of the site.

Jersey Home Affairs Minister, Deputy Kristina Moore said that the project provides: “Much-needed suitable premises for our police force so that they can continue to meet the demands of the community. The States of Jersey Police have waited a long time to be provided with accommodation which suits the needs of a modern police service.”

Infrastructure Minister, Deputy Eddie Noel, said: “This project has at last, provided the fit for purpose building from which our police can operate.”

The project commenced in October 2014 with completion in December 2016, and the States of Jersey Police completing their fit-out and moving in during the first quarter of 2017. 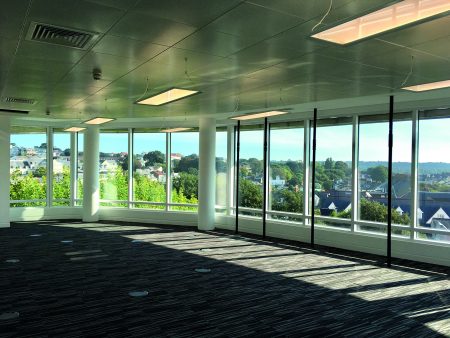 College Gardens is an exceptional and prestigious approximately £40 m re-development project to create one, two, three and four-bedroom apartments complete with allocated parking, extensive private landscaped gardens and a gym for residents, on the site of one of Jersey’s most iconic buildings – the former Jersey College for Girls at La Pouquelaye.

The project is being carried out for the Jersey Development Company (JDC), with Henderson Green Partnership as mechanical and electrical engineers, Waddingtons as project architects and Hartigans as structural engineers.

The college was at the forefront of women’s education in the late 19th century and was one of only a handful of schools to prepare girls for university examinations.

Instantly recognisable, the grand classical proportions of the Ladies’ College were designed by local architect Adolphus Curry in 1887.

A centre of excellence for learning, the Jersey Ladies’ College building was set in extensive landscaped grounds, overlooking a large formal lawn where tennis was played. A Greek-style theatre was built in the 1930s.

Original features like the mahogany staircases, which were part of the building’s character, are being restored to life by the new development.

The first phase of the development is due for completion in November 2017 and full completion will be Autumn 2018.

JDC Managing Director Lee Henry said: “The development secures the future of the site and provides much-needed affordable homes within the town area. We started selling units off-plan in August last year and the response has been phenomenal.

“Pre-sale agreements have been reached for more than 90 per cent of the available units which means JDC successfully exceeded its target to match construction value before site work commenced. We are particularly pleased that 40 units have been secured by the Jersey Housing Trust to provide social housing for over 55’s and 40 Shared Equity units are going to local first-time buyers.”

Robert Matthews, CEO of ROK commented: “We are obviously delighted to be involved with this prestigious project and a landmark building which played an important part of Jersey life for many decades. We are employing a significant amount of local contractors to undertake the project which will benefit the island’s economy, including a wide range of employment opportunities from site management to trade operatives and apprentices.”

The much-loved Nightingale House, an imposing iconic Victorian listed building which was home to thousands of college pupils from 1888 until 1999, is being renovated throughout and includes two, three and four bedroom units.

Five brand new blocks are being built behind Nightingale House and each of the new residence blocks will be named after the former JCG ‘House’ names; Austen-Bartlett, Cavell, Curie-Fry, Garrett-Anderson and Inglis.

Many of the purchasers have bought into the community-feel of the site and it’s anticipated it will create a real sense of community spirit for the residents. A broad range of people have bought units with most being owner-occupiers ranging from former pupils, young professionals and those wishing to down-size

Based in St Helier, ROK Construction Ltd are a dynamic company with the expertise, drive and passion to build anything from £20,000 projects to £20m schemes.

ROK Construction believe in building and maintaining strong relationships with their clients. With every successful construction project they undertake, their focus is on partnership and collaboration.

The company has a strong client base and repeat business is very important to them. They are trusted for their ability to manage both people and projects to ensure a successful build.