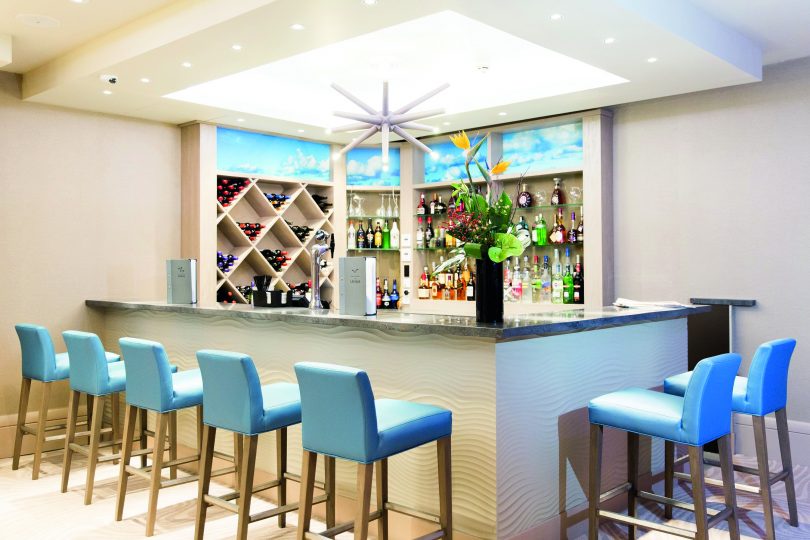 Royal Yacht Hotel – Taking luxury to the next level 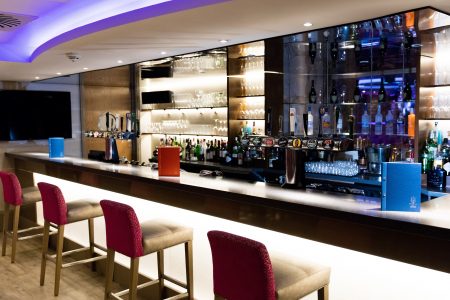 Taking luxury and sophistication to the next level, the opulent four-star Royal Yacht Hotel has recently undergone an extensive and impressive refurbishment to even further enhance its already sumptuous offer.

Set in the heart of St Helier, with views over the marina, the super-stylish, town-centre hotel offers superb restaurants, a tranquil spa conference facilities and lively yet sophisticated bars.

The Royal Yacht is believed to be one of the oldest hotels in St Helier, having first been established in the 1820s Lillie Langtree (mistress of Edward VII) had her wedding reception there in 1870.

The refurbishment was carried out by The Best Group, who were commended for their high standard of work.

Nigel Robson, Executive Director said: The refurbishment was a very fast track project which commenced on January 2nd and was completed by January 16th.

“During this time, we refurbished our basement level Spa Sirene and spa treatment rooms – including the addition of new flooring, lighting, fittings and complete re-decoration. We also completely refurbished the sauna and aroma steam rooms and added a brand new sound proofed relaxation room, as well as creating a new spa reception area. Further enhancements included the addition of a living moss wall along the corridor leading to the spa, as well as ‘planter’ walls within the spa which add a really soft, natural feel.

“On the ground floor of the hotel, we totally refurbished ‘The Little Drift’ bar, which is located adjacent to ‘our ‘Big Drift’ nightclub. The aim of this element of the scheme was to create a much more ‘up-market’ feel to the space in line with ‘The Big Drift’.

“The new look ‘Little Drift’ bar has proved particularly popular with female customers, as it is a nice space for them to relax and enjoy cocktails or a glass of champagne. We have also introduced a new bar menu offering everything from steak to tapas.”

A further element of the scheme includes the refurbishment of all the public walkway areas from the basement up to the first floor, including complete re-decoration and re-carpeting. Also on the first floor, the lounge and all of the meeting rooms have been refurbished, including new wall and floor finishes, as well as the installation of new furniture and lighting.

Also refurbished was the first floor ‘Lazyjack’ bar, which serves as a pre-function area for the Celestial Hall conference facility. This included the installation of a new bar, carpets, fittings lighting and furniture, as well as re-decoration.

The 350-capacity Celestial Hall conference facility was also refurbished, including re-decoration, new carpets, a new Bose sound system and very sophisticated lighting which includes twinkling fibre optic lights in the ceiling designed to give the impression of stars, together with an illuminated dome in the centre representing the moon, so that the ceiling looks like a night sky. 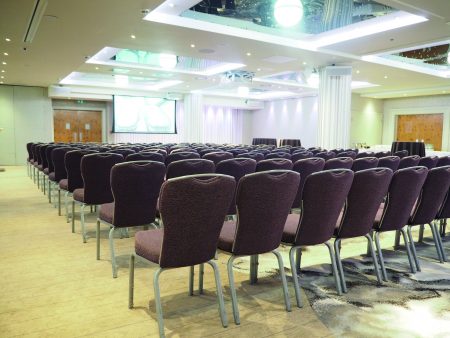 The Celestial hall is designed so that it can be divided into two or three sound proofed rooms, with each having its own sound and lighting system which gives the option to have different functions underway at the same time.

In addition, all of the hotel’s public toilets were refurbished, including re-decoration, new tiling, new lighting and new cubicle doors.

All of the new main lighting systems in the hotel are operated through a Lutron system, which automatically controls lighting levels at different times of the day and night.

Nigel Robson concluded: “The project went well, and the response from regulars and new guests alike has been very positive. They love the vibrant new colours of the decor and the overall ambience which the project has created, which compliments earlier refurbishments which we have carried out.

“As part of the ongoing refurbishment the next phase will commence in 2018 where we will be refurbishing the Posh Bar, Reception area and the Platinum bedrooms. This demonstrates our ongoing commitment to support tourism in Jersey.”