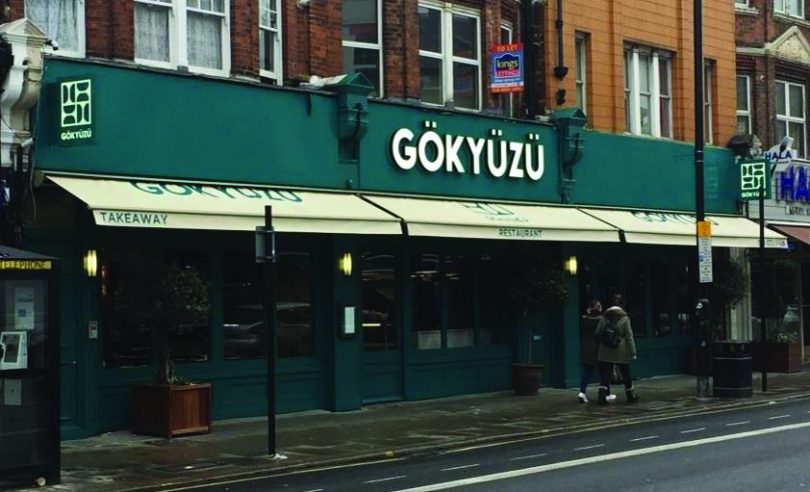 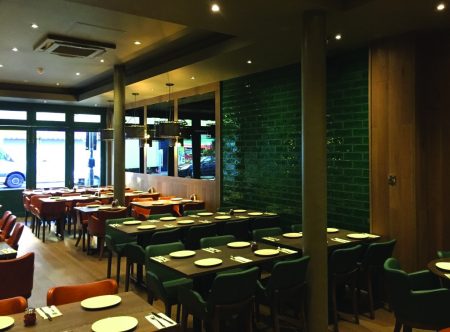 The striking new interior was created by Crave Design, Akorn Construction (now known as View Interiors), as fit out contractors for the project.

Mark Standing, owner of Crave Design said: “The original restaurant included two units which had been combined to create one space and had traded very successfully for about 10 years. They decided that they needed to expand, so when an adjacent unit became available they decided to take it. But rather than just convert the new unit to use as part of their restaurant, they decided to refurbish the whole venue at the same time and create a complete new brand identity.”

The works commenced with the complete strip out of the original interiors of all the three units.

The venue, which is on a single level, includes a central ‘mangal’ servery with a large barbecue pit where customers can watch food being prepared. Beyond this is a bar, with the two units off to the left and right designated as the main dining areas. There is also a private function room with decorative metal fret-cut doors to the rear. In addition, a brand new separate service kitchen was installed for other types of cooking apart from barbequing.

Mark Standing said: “Because the original interior had become rather dated, we came up with a new design for all three units, as well as a new brand identity.

“The design palette includes elements of grey washed timber and exposed stonework on the walls, dark coloured ceilings and cross-cut timber and hexagon patterned grey and black tiled floors, laid in a bespoke pattern which were created especially for the venue. Very Turkish style vibrant blue-green coloured wall tiling is also featured behind the waiter stations.

“Lighting comprises a combination of recessed spotlights and bespoke pendant and wall lights.

“In order to maximise trading whilst the project was under way, we fitted out the newly acquired unit first so that he original restaurant could continue to trade, before closing for the remainder of the project.

“This was a great project for us working closely with the family who own the business. The clients love the new look of the venue, which has been open for about two months and continues to attract their original clientele – plus new customers too. The main contractors did an excellent job on the project.”

“We are now working on the design of a new Gökyüzü restaurant in The Mall, Walthamstow, which is due to open in September 2017.”

Gökyüzü was born after Veysel Yavuz and his family came to the UK in 1990 from Turkey’s farming community, settled in north London and bought the shop in Green Lane, which eventually became their first restaurant. 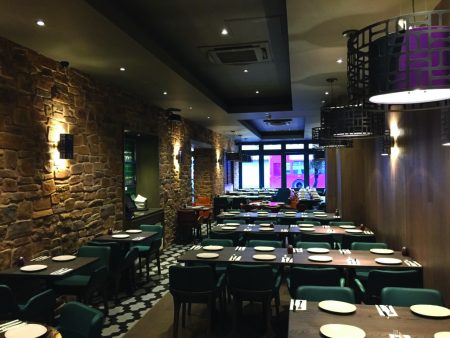 They then expanded, with a branch in Wood Green, as well another offshoot in Chingford, with more new openings in the pipeline.

According to the owners: “There were plenty of Turkish restaurants and cafés in London, but we had a longing for really authentic Turkish food and wanted to show people what traditional Turkish dining is really about. To our mind it’s about freshness, quality ingredients, delicately flavoured dishes, succulent meats which are expertly char-grilled, home-baked bread, and most of all, a very warm welcome.”