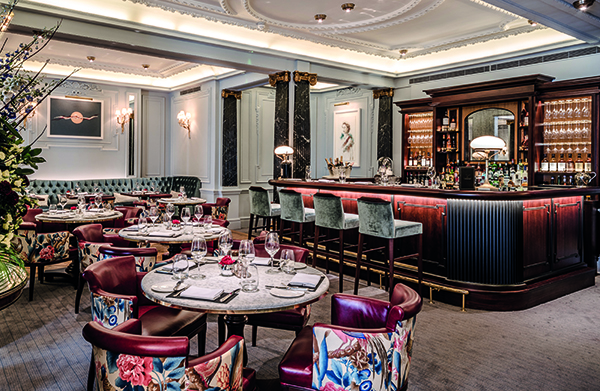 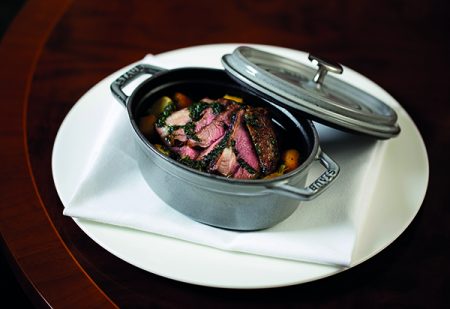 One of the most luxurious hotels the UK, The Stafford London, has relaunched its restaurant under the helm of a newly appointed Executive Chef, James Durrant. The Game Bird welcomed its first diners in March and celebrates the very best of British cooking blended with innovative, modern touches.

With a relaxed atmosphere and exceptional service, The Game Bird makes full use of the diverse produce found in Great Britain and is the perfect place to eat, drink and socialise. To design its new restaurant, The Stafford turned to Rosendale Design. Speaking to Premier Hospitality Dale Atkinson, Director at Rosendale Design gave an overview of the new space:

“Diners can enter the space from two locations, via reception, or via the acclaimed American bar. For this reason we sought to have a feature bar within the restaurant that had equal presence from whichever side one entered. The thought behind it was that it would act as the central beacon to the space and anchor the new identity.

“The main room is split into two sections, the lounge and the restaurant. We wanted to create an overriding feel so that should one wish to dine in the lounge area, they would not feel out of place. A secondary feature in the space is the meat and fish displays that conceal the kitchen doors. Both this and the back bar were derived from traditional hunting cabinets.

“Behind the bar and up a couple of steps is the stage, where we have added a feature wine display with integrated lighting. This gives the stage, which was already very popular, a key feature that will further add to the prestige of the space. Not everyone will experience this the first time they come which is great as it means people can experience the space over several sittings as opposed to having everything laid out before you in one go.

“Beyond the stage area is the Sutherland room which can be used for general dining or can also be hired out for private functions. This room needed to be adaptable to various requirements which we were able to achieve through new furniture and lighting.”

Work on the restaurant had to be carried out with a great deal of care so as to not disrupt the rest of the hotel. Five months in the making, a lot of items were completed off site so they could simply be slotted into place.

James Durrant arrives at The Stafford with a wealth of experience from over 20 years at Michelin-starred restaurants including Gordon Ramsay’s Royal Hospital Road and Claridge’s.

The menu at The Game Bird has been carefully curated, boasting Clarence Court Eggs, Orkney sea scallops, Salt Marsh mutton and Lincolnshire smoked eel. Unsurprisingly given the name of the restaurant, a number of game dishes also feature.

The name also pays playful homage to The Stafford’s famous former resident, Nancy Wake, an eccentric female spy who frequented the renowned American Bar during the Second World War and who resided at the hotel during her final years.

Located in the historic St James’s borough, The Stafford London is a luxury five-star, independently owned boutique hotel. Originally opened in 1912, the hotel boasts 105 rooms and suites with treasured London landmarks like Buckingham Palace and Trafalgar Square just a short walk away.

“For us it was an honour to work on a project with such an amazing history that has really sewn itself into the fabric of the local area. I am sure there will have been so many amazing stories from guests, if only the walls could talk!” 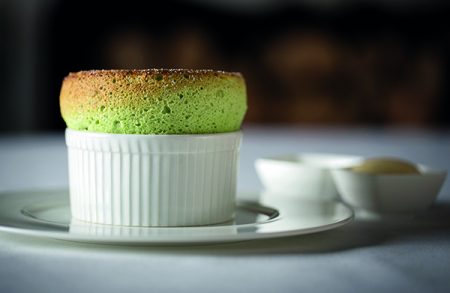 Classic Upholstery specialise in a range of upholstery and re-upholstery for use in the hospitality and leisure industry. The company has been in operation for 35 years and within this time has built up a large portfolio of projects.

Classic Upholstery work predominantly with interior designers and have been involved with most of the London-based Hilton Hotels, as well as The Langham and Café de Paris. In addition, Classic Upholstery undertook refurbishment works for the Cutty Sark and regularly works on hospital projects and night clubs in London’s West End.

“The Gamebird is a contemporary establishment within a well-known 5 star historic hotel. The project was simply fascinating on its own.”