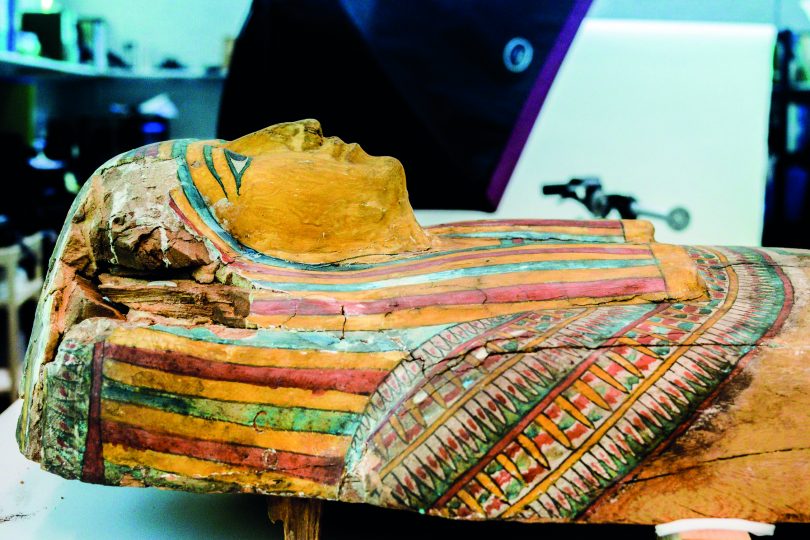 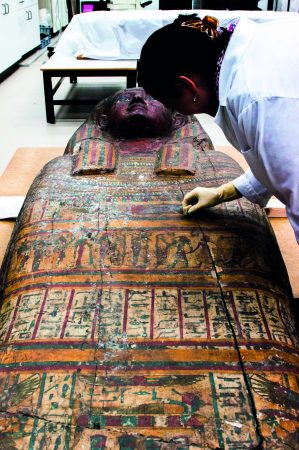 Liverpool’s World Museum is set to open a gallery displaying one of the UK’s most significant collections of Ancient Egyptian and Nubian antiquities at the end of April after a significant project to create a new visitor experience.

The Museum will be expanding into new gallery space, unused for 35 years, to create the biggest ever display area for its ancient Egypt collection. Totalling 1,000 square metres, it will also be the UK’s largest Ancient Egyptian gallery outside of the British Museum. Included within the new space will be the reopening of the World Museum’s Mummy Room, for the first time in 150 years.

For over a century, World Museum’s ancient Egypt collection has been amassed. The new gallery will take visitors on a journey spanning 5,000 years of history from the time of the first settlers in the Nile Valley through to the impact of the Roman Empire. They will also be able to find about Liverpool’s connection to excavations in Egypt and Sudan, and how thousands of artefacts made their way into the museum.

The new, enhanced gallery will see approximately 1,000 key objects displayed including many items that have never been on public display before. It has been funded through the combined support of the Department for Culture, Media and Sport/Wolfson Museums & Galleries Improvement Fund, Garfield Weston Foundation, The Headley Trust and the Molly Tomlinson Bequests.

“Our mummy collection is world-renowned and has always proved to be incredibly popular with visitors of all ages. Until now, space restrictions have limited us from showing the full scope of our collections. By expanding the gallery, we look forward to wowing visitors with never-before seen objects displayed in new and exciting ways.”

As well as exploring the new gallery, visitors can develop a deeper understanding of Ancient Egypt by attending the accompanying events programme which includes talks, performances and hands-on activities.

During the Victorian era, Liverpool’s Egyptian collection was the largest after the British Museum and was displayed in the main hall of the museum. More than 3,000 Egyptian objects were destroyed when the Museum was hit by an incendiary bomb during the Second World War. Despite the setback, the collection increased in size over the following 40 years. A dedicated gallery opened in 1976 with two mummies on display, with a further three added in 2008 following improvements.

For more information on the Ancient Egypt gallery and other collections found at the Museum please visit http://www.liverpoolmuseums.org.uk.