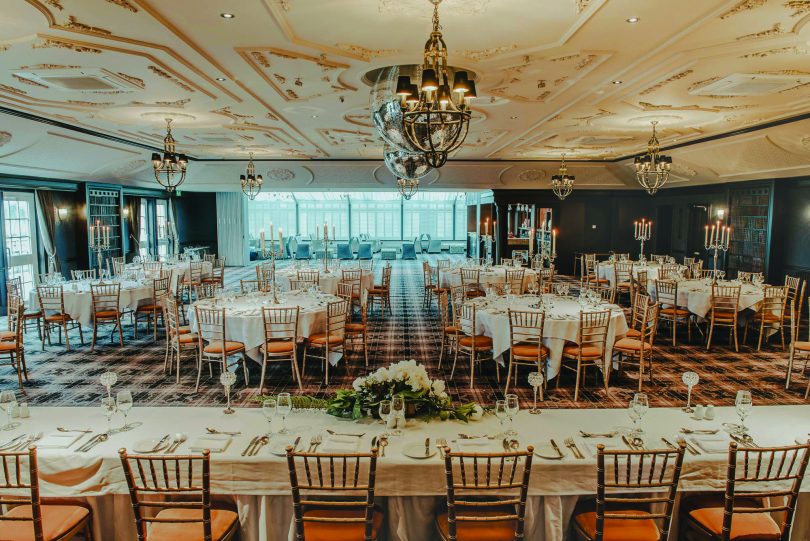 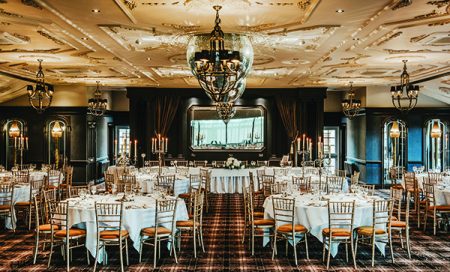 An extensive development programme at one of Scotland’s most scenic hotels is underway, with the comprehensive refurbishment of its wedding facilities marking the end of phase one.

Located beside the River Clyde, with stunning views across the famous Lanarkshire hills, Cornhill Castle was built in the 19th century. The building has taken on many guises in the time since, becoming a hotel in 1998 and being acquired by the Manorview Hotels & Leisure Group in early 2016.

The stunning setting in which the castle sits meant the potential for a standout wedding venue has always existed. Since the addition of a Grand Ballroom in 2008, along with a wedding pavilion, Cornhill Castle has proved to be a very popular destination for couples.

Despite the popularity, Manorview and the team at Cornhill did not want to rest on their laurels and took the decision to revamp the wedding facilities with the aim of making them feel like an original feature rather than a later addition.

North East-based Space ID was brought on board to carry out this task. Since 2008, Space ID has been Manorview Hotel Group’s Architects and Interior Designers. After working on Boclair House last year and completing a bedroom refurbishment at the Bowfield Hotel and Country Club, this project fell nicely in line with Manorview’s programme for 2017.

“The brief was to make the existing function suite interior into something more befitting for a castle and make it feel part of the building rather than a bolt on more modern extension.

“The existing function room design was originally well thought out with regard to its layout and position of the bar servery and back of house furniture storage areas, there was even a separate room for personal use of the Bride and Bridesmaids with a large private bathroom.

“What the room lacked was castle credentials and a ceiling height that we couldn’t make any higher so what we did was trick the eye into thinking the ceilings were a lot higher by actually reducing the ceiling height around the perimeter and sloping in the sides upwards. Strange but true and it works as your eyes follow the contours upwards.

“As the ceiling was prominent we had to do something to liven it up so we planted on hundreds of timber appliques and other embellishments around the room to make the room more in keeping with a traditional Scottish castle, complete with ornate chandeliers and library bookcases.”

Given the popularity of the venue, time to carry out work on site was tight. There was only a 4 week timeslot in the diary between Hogmanay and the first wedding of the year at the start of February, so the contractors had to cut short their Christmas break to be able to deliver the project in time.

Easily accessible from the North and South, Cornhill Castle is a popular destination for city dwellers looking for a rural escape. Future plans for Phase 2 which starts in April include the addition of a luxurious honeymoon suite over 2 floors, conversion of the managers flat into 3 executive rooms and the later conversion of an existing grade B-listed stable block into 15 bedrooms with an additional courtyard.

Currently, when staying at Cornhill, guests have a choice between nine rooms including the Georgian, executive four poster king and a family room for four. Perfect for a romantic getaway or long weekend, rooms have fantastic views out onto the estate through majestic Georgian windows that allow for plenty of natural light to flood the spaces. Soft, light colour schemes help manufacturer a relaxed atmosphere while a number of rooms give a hint to the castle’s historic past through ornate fireplaces.

Food at Cornhill is served under the watchful eye of Head Chef Owen Sykes. Having grown up in the area, Owen’s menu is a mixture of meals that have always been popular with regulars at Cornhill and new dishes. Current favourites include traditional rib roast beef, herb crusted rump of lamb, pan seared duck breast and escalope of pork saltimbocca.

A number of weddings have already taken place in the revamped facilities and feedback so far has been very positive. Michael added:

“We were very proud of the finished result, especially because it was very faithful to the Computer CGI proposal that we did for Manorview and the team effort involved to complete in time for the first wedding.”

Established in 2007, The Manorview Hotels & Leisure Group boasts eight luxury boutique hotels across the central belt of Scotland. With over 450 employees and a vast knowledge of the hotel and leisure sector, Manorview Hotels specialise in the restoration of old and tired properties. 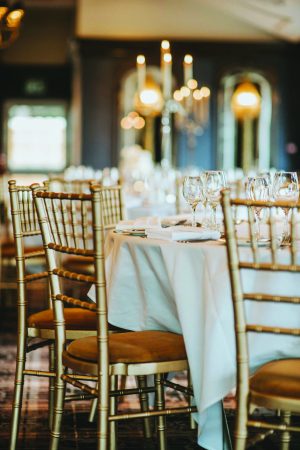 Backed by more than 30 years’ experience, Dimension is a fit out specialist delivering schemes within the construction industry. Dimension works on an array of projects, from car retail to offices, but has a special focus on hospitality projects including bar, restaurants, hotels and banqueting facility schemes.

Over the past three decades, Dimension has built up an excellent reputation for its high quality workmanship, as well as its ability to deliver within tight timescales and budgets. As a result, the company has developed an enviable portfolio which boasts many repeat clients.

Key clients for Dimension include Carluccios, Hilton Hotels, Marriott, Manorview Hotels, Thai Leisure Group & the Di’Maggios Group, amongst others. Most recently, Dimension has been involved with Cornhill Castle Hotel.

“As part of our strategy for growth, we have invested heavily in our new premises adjacent to Glasgow Airport, increasing our capacity and thereby facilitating our growth to a £30M+ group. This has included significant investment in our manufacturing facilities, resulting in a modern and efficient workplace.

“Many of our clients and their project teams with whom we work enjoy visiting to see their items in manufacture and they are able to get a glimpse of a mix of traditional skills and modern methods blending to give an end product to be proud of.”

“We have built a strong leadership and management team and are always responsive to our clients’ changing needs – just one of the reasons we enjoy a high level of repeat business.

“We are always on the lookout for projects to tackle and if you have one, or a number of them, please speak to us about what we are able to offer.”