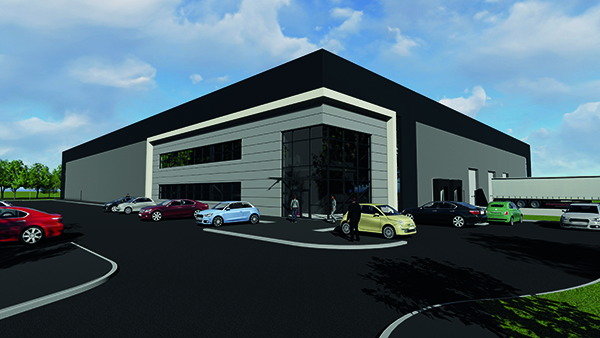 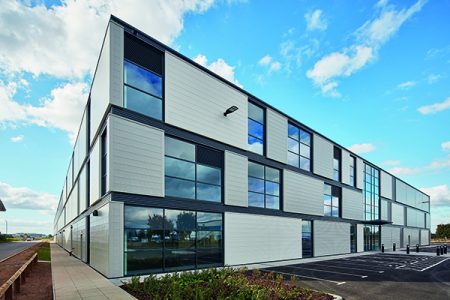 Wellesbourne Distribution Park, a major industrial park in the West Midlands, continues to take shape with a number of high profile tenants having already signed up to high quality warehouse and office space.

In total the development covers 1,045,000 sq ft, with new developmental opportunities ranging from 40,000 sq ft to 210,000 sq ft for prospective tenants. Strategically located at the centre of the UK distribution network, the entire park was acquired by Griffen UK in February 2015. The company then set about developing the vacant plots within the greater estate, which at the time comprised eight existing buildings as well as four plots of land.

“We developed 132,000 sq ft speculatively, finishing in November 2016 before completing a new lease with Aston Martin on this property a month later. We then did a 210,000 sq ft pre-let to Amethyst Logistics, commencing construction in November 2016 ahead of a scheduled completion in July 2017.

“The remaining two plots are smaller ones which we are on the verge of breaking ground on. They are 51,000 sq ft and 66,000 sq ft and we are going to develop them speculatively as well.

“In addition to that we are also doing quite a lot of work on the estate. It has been in the hands of four different owners over the last twenty years, none of whom did much work on it. We have instigated a regeneration programme to improve the estate so there’s a lot of infrastructure work like roads and security.”

Wellesbourne was originally a Second World War RAF base and as such Griffen needed to do a fair amount of enabling work. The previous owners had torn down some of the dated buildings but some historical slabs still needed to be removed and some environmental work was carried out.

“In terms of design, we think what we have done so far is a little different and a little bit unique. We’ve put a lot of architectural consideration into the buildings because these are working environments and need to please as much as they are functional.

“We aim for BREEAM excellent on everything that we develop and don’t go lower than that. It comes with some costs but we think that it is important as developers to be as environmentally conscious as possible.”

Each building has independent parking and there has been a fair amount of landscaping. The emergence of the park has already had a significant impact on the local area and economy, and will continue to do so as it progresses into the final phases.

“For us this project is the kind of challenge we enjoy. We are investors and developers, so taking on a scheme that was a bit of a hybrid was enjoyable. We have essentially uplifted what was a tired, old estate into a 21st century site with modern facilities and quality infrastructure. Anything employment led like this is going to be hugely beneficial to the local community.”