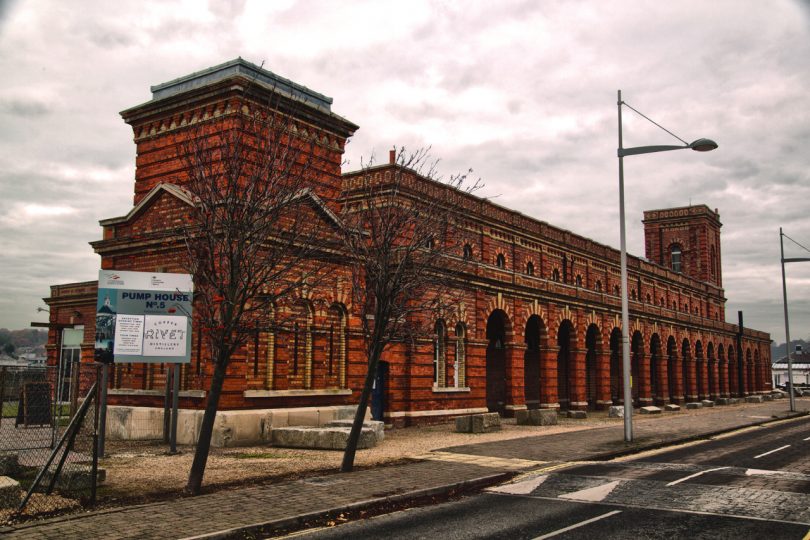 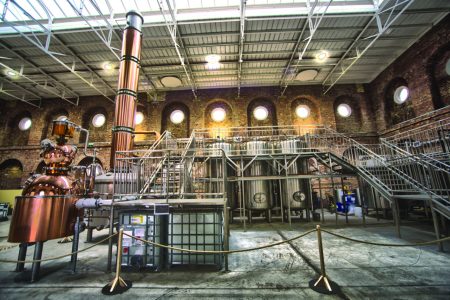 After laying redundant and empty for 32 years, the architecturally impressive Grade-II listed Pump House No. 5 was successfully transformed in 2016 into the Copper Rivet Distillery, Kent’s first full spirit distillery. Formerly a historic naval dockyard, the innovative project has now been recognised with a RICS (South East) Award nomination in the ‘Building Conservation’ category.

As part of a wider regeneration project in the area, the owners, Homes and Communities Agency, repaired and marketed the building. The potential of the site was then recognised by The Russell Family who, with partners DB Architects, reimagined its purpose breathing new life into the building by transforming it into a fully operational grain to glass distillery. The distillery is now complemented further with the addition of McGuire’s Delicatessen.

From start to finish the planning, restoration and refurbishment of Pump House No. 5 took three years and was opened to the public in October 2016.

Matthew Russell, Co-Founder of Copper Rivet Distillery, spoke to Premier Construction about the origins of the project and its successful first six months in operation:

“We as a company decided we wanted to set up a distillery in the area some seven years ago but one of the hardest things was finding the right building. It needed to have at least 10 metres in height and be a manageable size. When I saw Pump House No. 5 I thought it would be perfect. It had been on the market for about twelve years because the right buyer couldn’t be found. It was actually in an area designated for regeneration, predominantly leisure and housing.

“We put some suggestions forward and began working with the Homes and Communities Agency to bring the building back to life. We’ve put the distillery into what was formerly the boiler house because it has high ceilings and great ventilation. In the old pumping room we’ve just opened a café where people can sit amongst the old machinery and enjoy the building with a coffee and a cake.

“We had about two years of discussions working up plans and schemes that would suit the building. We had to be very careful to not put anything in place that would disturb the building so virtually everything is freestanding. We haven’t interfered with the original aspects.” 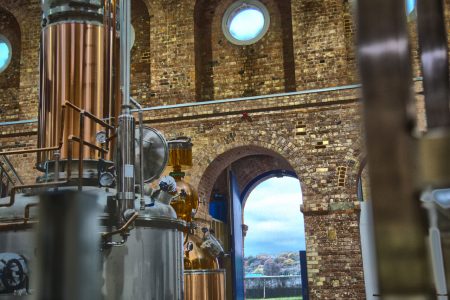 Pump House No. 5 was built in 1873 and was once part of Chatham’s historic dockyard. For 414 years the dockyards at Chatham stood at the cutting edge of industry and innovation. Fifty years since the last ship was launched from its historic dockyard, the team behind the Copper Rivet Distillery are the latest to play a part in the regeneration of the area.

Tours blending the history of the building and the distillery have proved especially popular with approximately 3,500 people already shown around the Pump House. The RICS nomination caps off a successful start to the innovative venture with Matthew adding:

“Feedback so far has been very positive, on both the spirits and the building. When we conduct the tours, we take time to talk about the importance and history of the building – it’s easy to get distracted by it.

“It’s great to have received the RICS nomination and means a lot. We’re a small, young business but we have worked with the Homes and Communities Agency, DB Architects and Medway Council to create an operational building that works for all parties. It’s recognition of the teamwork between ourselves and these other groups.”