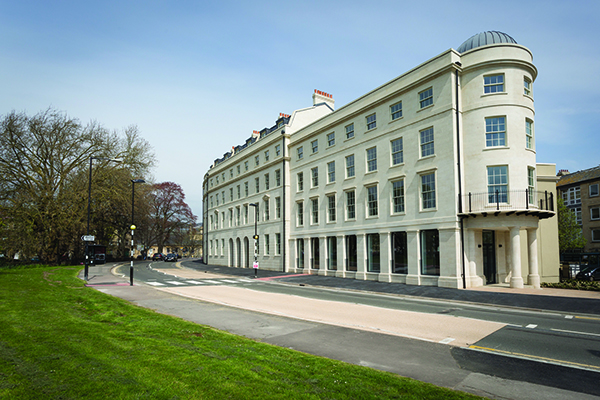 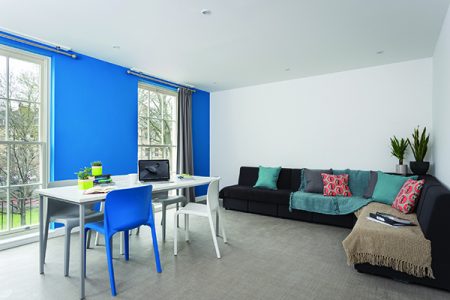 Bath Spa University’s new student accommodation was unveiled on 1 June 2016 and welcomed its first residents at the beginning of the current academic year.

Located on the street where one of Jane Austen’s homes used to stand, the regeneration of this historic location has revitalised this area of the city centre. The innovative development is at the heart of student activity and has been widely welcomed by students since opening. It has now received industry recognition in the form of two RICS (South West) Award nominations in the ‘Design Through Innovation’ and ‘Regeneration’ categories.

The site of derelict offices and a former care home had been boarded up for a number of years, blighting a prominent route into the city centre overlooking Green Park and the River Avon. Given the go-ahead by planners at Bath and North East Somerset Council in 2014, the building was gradually transformed and is now an impressive feature in the Bath skyline.

Green Park House was developed by Berkeley Homes using classic Bath Stone, and built using Georgian architecture which is sympathetic to its surroundings and a nod to its history. The proportions of the buildings, set in three-bay sections with parapets and chimney details, reflect a typical Georgian building found in Bath city centre.

The accommodation provides 461 bed spaces for the University to house new and continuing students. It enables the University to accommodate all of its first year students in purpose built student housing, alleviating pressure on private housing in Bath. It has also enabled the University to launch a new scheme whereby students have the option to live in halls for the full three years of study.

Speaking at the official opening of the building in 2016, Professor Christina Slade, Vice-Chancellor at Bath Spa University said:

“The University is proud to be leading the regeneration of this area of Bath prior to works starting on the neighbouring Bath Quays development.

“We have received some extremely positive feedback from the local community. In particular comments about the renovation work to the street which have taken it back to how it looked before the Second World War.

“Our students are an extremely important part of the Bath community. They have an immensely positive presence in the city and surrounding areas and I am thrilled to know this historic part of the city will be enjoyed by them.”

Green Park House has everything needed for students coming to study at Bath Spa University, including a laundry room, a common room, as well as bike racks and two parking spaces for disabled students.

A number of measures were put in place by the university to manage the property when it first welcomed residents. Students are not allowed to keep a car, motorbike or moped while studying at the University. The development is managed by a team based at the site 24 hours a day who support residents and build links with the community. Out of hours there is a permanent security presence. 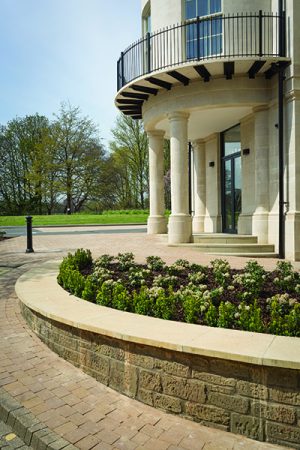 The university also worked with NBC Bird and Pest Solutions to ensure effective deterrent of gulls nesting on the roof of the building.

A recent study by Oxford Economics found that in 2015 Bath Spa University and its students generated a value-added contribution of nearly £100 million to the Bath and North East Somerset economy. This is also an important year for Bath Spa University as it takes on chairing the Student Community Partnership for the academic year 2016/17.