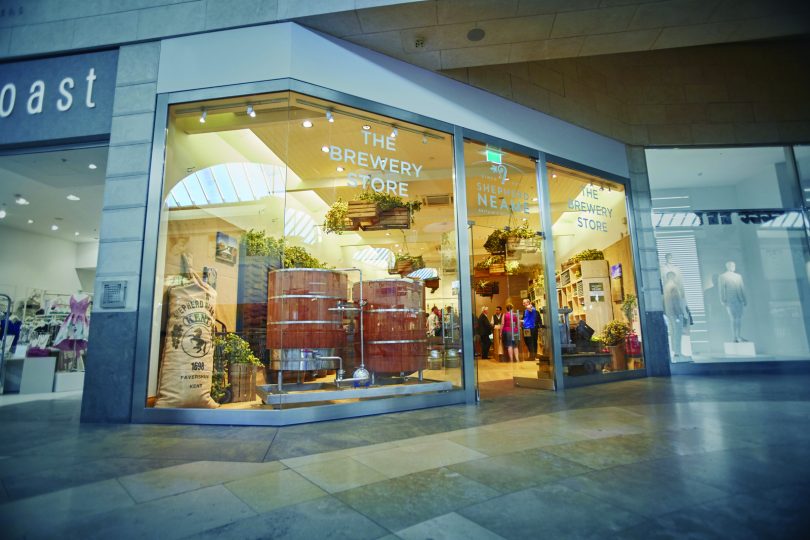 Britain’s oldest brewer could be set for an expansion into the retail sector after the recent success of a six week pop-up store. Shepherd Neame has been brewing in Kent since 1698 and also owns and runs over 300 pubs and hotel in the UK.

In May the company embarked on a new venture, however, to coincide with the launch of two new products. Located within Bluewater shopping centre in Kent, the Shepherd Neame pop-up store gave visitors a chance to learn more about the brand, taste some products and purchase from a wide range of beers and lagers.

“We were asked by Shepherd Neame to come up with a design for the pop up. Unfortunately with any pop up store you are limited in what you can do. You have very little time and in terms of a budget you’re not going to be spending a lot on something that is temporary.

“We’ve worked with Shepherd Neame on several projects, mainly their pubs. From a marketing point of view this was a new concept for them. The idea was that the store would open as they were launching two new products – their first ever cider and a new lager. Rather than simply marketing these products in the standard way they decided to do something different.

“What we effectively started with was an empty shell and we really looked at introducing new items of joinery to change the aesthetic of the shop itself. From front to back it is a very long, narrow space with good floor to ceiling height. Obviously Shepherd Neame is a brewer and we wanted to get across what they do. The idea was to introduce hops at certain points throughout the store and we felt the best way to do this was hanging crates from the ceiling. The crates were filled with hops and helped create an interest at a high level.”

Other design highlights included barrel crates that were weaved together and a virtual reality tour that took users on a journey around the hop farm. It was key for Gary and his team that products used regularly in the pub industry were incorporated into the design. Aside from an incredibly tight timeframe, the challenge of the design was to successfully launch two very different products.

The positive feedback the store received from both customers and Bluewater was a testament to the innovative and unique design. The stores success means a permanent location might not be far off with Gary adding:

“The feedback from Shepherd Neame has been great and they think it was a job well done. I think it helped promote Shepherd Neame in a slightly different way and from that point of view they are very happy. I think it’s worked out really well and it was a great project to be involved with.” 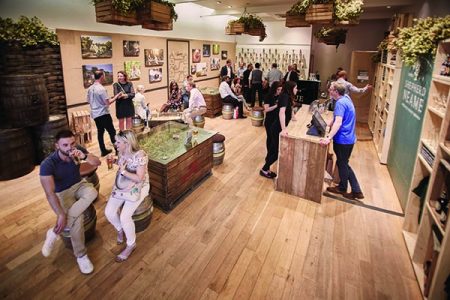