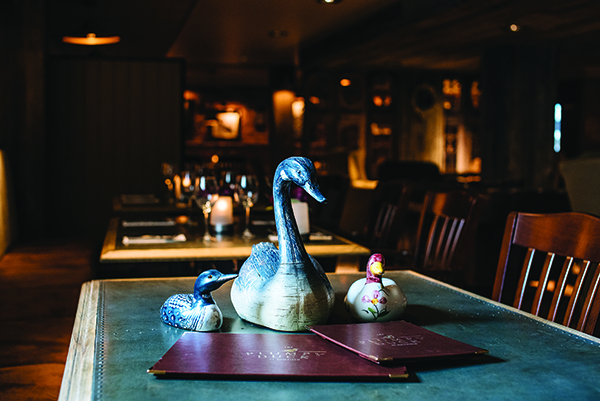 Bowfield Hotel The The Plumpy Duck

The Bowfield Hotel & Country Club in Howwood, Renfrewshire, has opened its new restaurant as part of a £1.5 million redevelopment to enhance its customer offering. The Plumpy Duck is a completely new addition for the Bowfield Hotel and is a welcoming eatery with an upmarket country feel.

In addition to the introduction of The Plumpy Duck, a refurbishment and refit of the existing bar – The Stables – has also been carried out. The Plumpy Duck name has been chosen to create a separate identity and personality for the restaurant while The Stables bar is a nod to the hotel’s heritage as an equestrian centre.

The Plumpy Duck welcomed its first customers in August after work on the redevelopment was carried out in carefully timed phases to allow the hotel to remain open for its members and visitors.

In terms of design, the restaurant features dark wood, copper lighting and exposed brickwork to give a cosy, intimate feel. The large restaurant space includes clever panelling incorporating open wrought iron. This creates an intimate private dining experience while still allowing visitors to feel part of the overall atmosphere. There are also some large booths which allow couples and groups to have a little more privacy. Chocolate brown leather sofas and high-backed armchairs give a relaxed sitting room vibe. The overall ambience is a home-from-home feel that is easy to settle into. 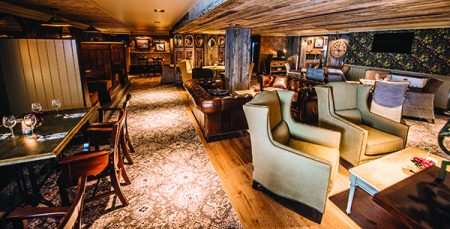 The menu at The Plumpy Duck offers wholesome dishes such as steak and ale pie, roast chicken, haddock and pork belly. Tempting steaks and burgers are served straight from the grill as well as a good selection of fish including langoustines, rainbow trout and mussels. Many of the daily specials will be variants of succulent duck options.

“The restaurant and bar are stunning, and offer great food in a relaxing atmosphere. We’ve already had lots of positive feedback. I’m delighted we can offer this level of service and dining to our visitors, and I’m excited to see all the future developments unfold.”

The new restaurant, kitchen and refurbished bar is the first phase of the development programme to be completed. Phase two has already started and is due for completion at the end of September. Included within this second phase is an extension to the existing spa facilities which will help accommodate the addition of seven individual treatment rooms, together with a new relaxation area which will accommodate six beds and take advantage of the private seclusion of the hotel and stunning countryside views.

There will be an internal sauna with a glass wall, where you can enjoy the countryside views from a warm and comfortable position. For those wanting to experience the fresh air there’s an external Jacuzzi, complete with a roof over the top, large enough to comfortably accommodate ten people.

To accommodate all the visitors to the Bowfield, which includes gym members and visitors attending functions and weddings, the reception area is being reconfigured to allow for two different reception entry points. One area will be constructed to allow members of the spa and gym their own separate access leafing directly to the leisure club. Current gym memberships total nearly 2,000 members, which is a considerable increase from 950 when the Manorview bought the Bowfield Hotel & Country Club in 2012.

Given the complex infrastructure at the hotel, all projects undertaken come with a few challenges. The hotel has its own water supply, which comes from a well and via a specially designed infiltration system. The hotel currently operates its own renewable heating system.

“The Bowfield Hotel has probably been our most challenging project to date. The infrastructure we inherited was complex and we had quite a few hurdles to overcome to get to this stage of our redevelopment. We’ve planned this project strategically with the aim of ensuring minimal upheaval to our visitors.”

To find out more about the Bowfield Hotel & Country Club, please visit bowfieldhotel.co.uk. 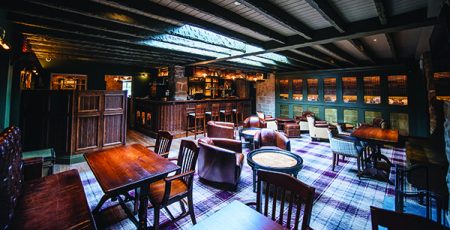 Cathedral Stone and Brick specialise in the manufacture of brick slips and stone veneer. The company has the ability to cast one off moulds which can either replicate features down to the smallest detail or take any architectural feature, even in situ, without damage to the original.

Cathedral Stone and Brick is a family run business, small enough to deal with an individual wanting brick slips for their fireplace project or large enough to meet the needs of corporate clients wishing to create a unified theme throughout their chain. The company has been in operation since 2010 and within this time has expanded and moved premises twice in order to accommodate customers’ needs and supply requirements.

“We became involved with this project after being approached by the architects involved with the design and renovation of Bowfield Hotel. We worked closely with their designers to ensure the stone cladding corners, brick slips and pistols supplied were exactly what the customer required to enable their vision and realise their concepts.”

“A project of this magnitude requires the highest standards of materials and quality, something that CSAB excels at.”