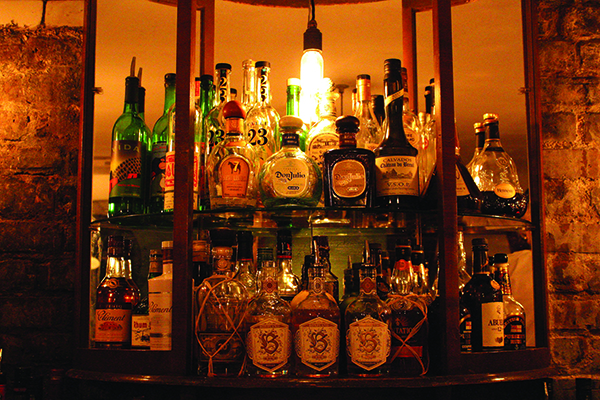 Evans & Peel Pharmacy – “A Cocktail is just what the doctor ordered, apparently….”

London is no stranger to supposedly secret bars with hidden entrances and passwords, but the latest addition to the set is more medical and elaborate than most.

The bar looks like an old-fashioned apothecary from the outside, and guests will need to ring a bell to get the pharmacists attention before they can enter.

Following on from the successful launch and running of the Evans& Peel Detective Agency in Earls Court, Evans & Peel Pharmacy opened on 21st August 2017.

Speaking to Premier Hospitality magazine, Evans & Peel Pharmacy owner, Chris Peel said: “I came to London about five years ago and I ended up opening a bar. I have always been infatuated with the speakeasy scene, Al Capone, prohibition and that era and have always been drawn to these secret speakeasy spots. There were a few in London before we did it but we didn’t think there was anyone wanting to be at the front of it and really going for the immersive experience.”

The bar has a secret entrance fronted by a 1920s themed pharmacy. Guests will ring a doorbell and be greeted by the pharmacist. It is then their task to make their way into the secret bar. There will be passwords for those in the know and those guests will be escorted straight into the bar through the pharmacy, as the windows black out to preserve the bar’s secret identity. 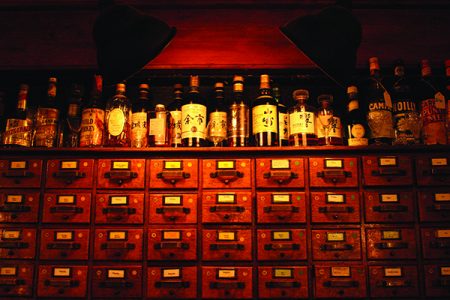 Chris added: “It is really nice for us to see people going in and seeing the look of surprise on their face. People walk through the door after a little awkward moment and then have a huge smile on their faces so it’s great.”

Evans & Peel Pharmacy has been styled with vintage furniture giving guests the feel of walking into a 1920s pharmacy. The venue is low lit and secluded, inviting guests into the unknown world of Evans & Peel. There are also different pieces of antique surgical equipment and secret draws located within the bar where guests will be greeted with something new every time.

The bar will serve a wide selection of Old Fashioned-inspired cocktails, along with Japanese whiskies and a few original pharmacy-inspired creations. The food menu will feature old-school American classics for those wanting snacks with their tipple including American grilled cheese sandwiches that arrive in a cigar box with smoke seeping out of the side.

He said: “We would like to see the Evans & Peel characters go off and open different businesses so I would love the next one to be an Evans &Peel Bakery and I would love to have a front of house that is operational. We have a detective agency but it is not a real detective agency and we have a pharmacy but obviously it’s not dispensing drug so I would love to do another one, but it does depend on the building, but it will be something like a Bakery with a front of house business that is operational and makes money.” 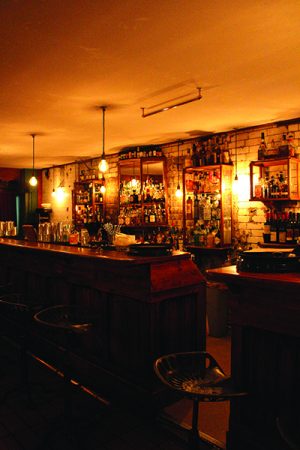