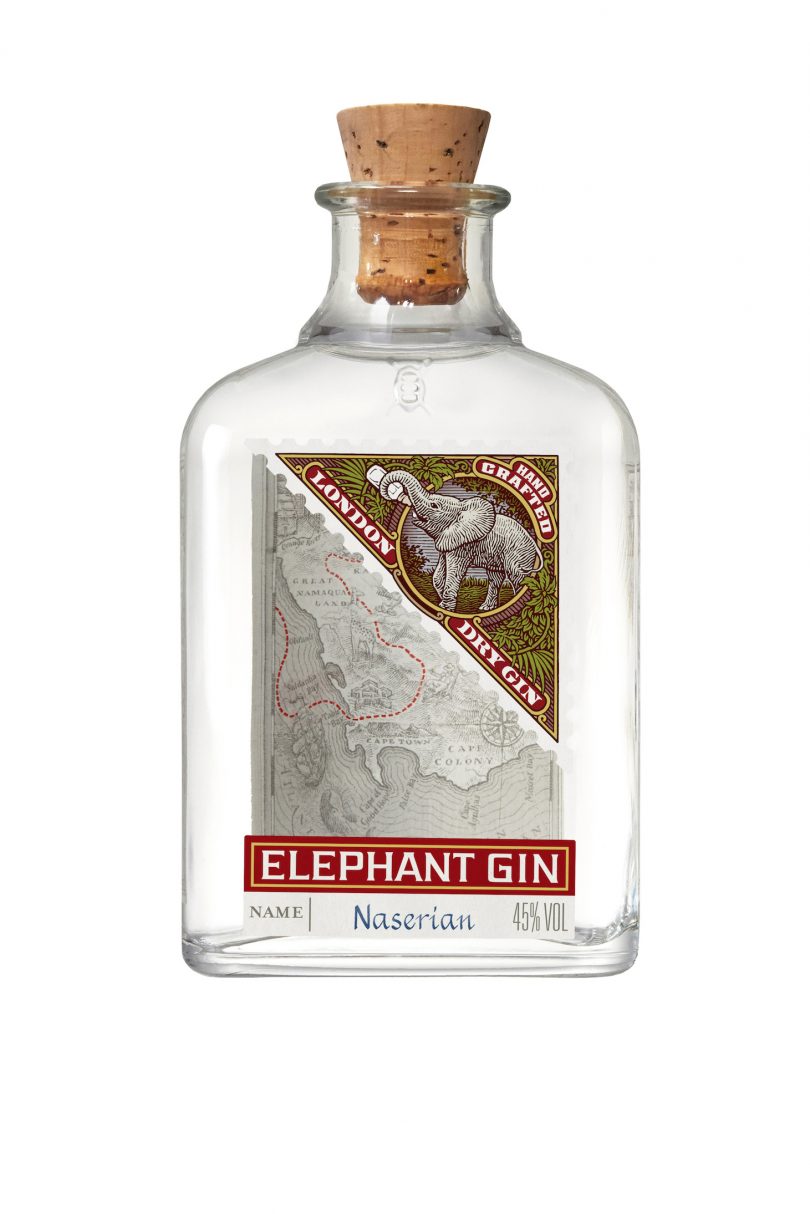 The company also gives back to what inspired the gin in the first place. Elephant Gin has historically contributed 15% of profits to two African elephant foundations to support the preservation of the African wildlife and help ensure that future generations will also be able to explore these magnificent landscapes. To date, over €260,000 has been raised through both sales and fundraising events. An education center has been built in South Africa and 30 anti-poaching rangers are currently supported from the proceeds.

With the launch of minis, Elephant Gin was keen to support a third organisation that is close to their hearts, The David Sheldrick Wildlife Trust (www.sheldrickwildlifetrust.org) known as the most successful orphan-elephant rescue and rehabilitation program in the world. Its elephant orphanage near Nairobi nurtures baby elephants who have been found in the wild – often either left behind when their mother dies due to poaching or other human intervention. Each baby elephant has a dedicated team member to nurse them back to strength and to rear them to join their own herd of ex-orphans. 15% of the profits from the new miniature bottles will go to DSWT to support these initiatives.

Inspired by the traditional sundowner experience after a day out in the African bush, Elephant Gin is produced for wildlife adventurers and urban explorers alike. Handcrafted in Germany with high quality production standards, the gin is distilled using fourteen botanicals, including rare African ingredients to create the gin’s distinctive flavour profile.

Made in small batches, Elephant Gin is produced using the traditional method of copper still distillation. The botanicals include the savannah’s “superfruit” Baobab, the extraordinary Buchu plant with a flavour similar to blackcurrant, and the African Wormwood introducing a sharp floral note. Locally sourced spring water, fresh apples and other select ingredients enhance the purity and smoothness of the gin’s finish.

The gin’s distinct nose first yields a subtle juniper aroma, with an undertone of mountain pine and other herbaceous notes. The taste is complex but strikingly smooth, encompassing floral, fruity and spicy flavours, which can be enjoyed both straight and in a cocktail.

Elephant Gin is known for its elegant, custom-made bottles, embossed with a crest and sealed with natural cork, the minis will be a shrunk down version of these striking bottles, and featuring additional design details like a baby elephant on the label. Each bottle bears the name of one of the 15 elephants that Elephant Gin is currently a foster-parent of. These are great success stories to tell and highlight the wonderful work of DSWT.

The founders were inspired to create Elephant Gin following their own adventures in Africa. They strongly believe that this generation has a responsibility to support the African wildlife today, so others can continue to enjoy it in the future. With every bottle sold, Elephant Gin contributes 15% of bottle profits to Big Life, Space For Elephants Foundation and the David Sheldrick Wildlife Trust, that are devoted to the conservation of the African elephant.

In 2013, they developed the award-winning Elephant London Dry Gin (45%) that uses rare African botanicals and focuses on resolutely artisan production methods. Since December 2015, the company has complemented its portfolio with an aromatic Elephant Sloe Gin (35%) and in March 2017 introduced a full-bodied Elephant Strength (57%) with more innovative launches to come before the end of the year.

Every year more than 35,000 elephants die because of uncontrolled ivory poaching; that is one every 15 minutes. Elephant Gin donates 15% of its profits to two inspirational African elephant foundations: