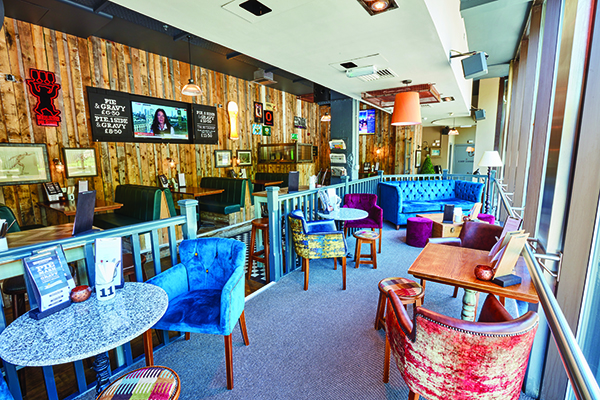 A rich plethora of aesthetically – and financially – highly successful schemes for both old and new clients testifies to the success of JSA Design, currently celebrating their first anniversary, following a year of tremendous achievement, with many new schemes also in the pipeline.

Established in September 2016 and based in Warrington, the practice specialises in interior and architectural design along with project management within the hospitality sector & headed by managing director Jon Salisbury, who set up the venture after 17 years at his last post as director of a North West design practice.

Along with Jon, Laura Seddon (creative director) and Lauren Dean (senior interior designer and project manager) head up the management team and strive to create customer-focused, budget-led hospitality projects from vision to completion.

The key to the company’s success is forming a good working relationship with clients old & new.

Jon commented: “All of the team at JSA have worked within the hospitality industry for many years and some clients have followed us from previous companies which we have worked for, so we have continued to maintain many of these working relationships on new schemes. It is important to us to continue delivering the service to all of our current clients old and new – as well as attracting new business.” 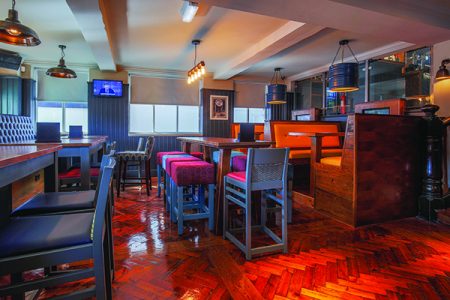 This project was JSA Design’s first after the company’s inception. Jon said: “We were initially approached by Admiral Taverns, together with a long-standing contact of ours who runs a number of licensed operations.”

The project involved the transformation of a vacant two storey town centre property in the centre of Newcastle Under Lyme, Staffordshire, to create a new American-style sports bar and grill. The premises had previously been occupied by a public house and had been empty for around one year.

Jon continued: “The new venue was completely re-branded as Brooklyn’s, with the aim being to establish itself as a popular new venue on the high street. The tenant already operates a number of sports bars so the brief was to follow a similar formula in terms of customer experience, whilst at the same time adding an individuality to set Brooklyn’s apart from previous projects.”

The interior incorporates various sporting memorabilia in its decor, including football, baseball, boxing amongst others. There is also an original track racing bike displayed by the tenant – a signature piece of the venue.

Brooklyn’s offers grill style food, a huge range of drinks including premium lagers, craft beers, cask ales, quality wines and a host of spirits, with a gin bar to the first floor, regular entertainment and a 18ft x 10ft HD projector screen as well as more than 20 TVs throughout the site.

Jon said: “The project was on site for around six weeks in early 2017 and was very well received with good feedback from customers and the client who reports the venue has traded very well since opening.” 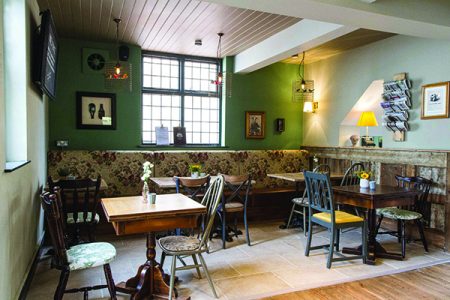 JSA Design’s Laura Seddon said: “The aim of the project was to create an authentic local pub atmosphere with an open kitchen pizza offer, with the emphasis being on designing a comfortable, casual eating and drinking venue in an urban location.

“This project was very much a fast track scheme, with the key challenge being the timescale of just three and a half weeks to complete the works on site – which also involved taking over the former venue’s back garden area to create a new outdoor space with bar, as well as converting a number of outbuildings to be used for local craft fairs and markets.

“The finished site is proving to be very popular with the locals and as such has been trading well as one of Bermondsey’s top performing managed sites since it’s opening in August.” 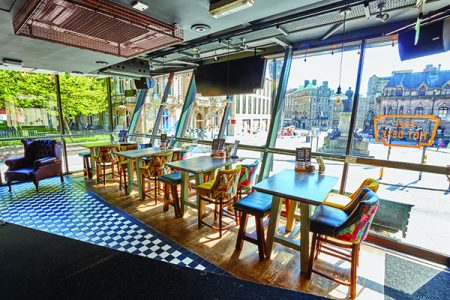 The Waiting Rooms, Newcastle Upon Tyne

This new venue is in a prominent position opposite Newcastle central train station and occupies part of the ground floor of the Hilton hotel which is above. The bar is set over a split level and is fully glazed on two sides.

It is in close proximity to St James’ Park, the football ground, which makes it popular on match days as well as being part of Newcastle’s buzzing nightlife.

Laura Seddon said: “Originally the space was reminiscent of a ‘90s late night bar and was not very welcoming. The main challenge of the project, which was carried out for the Bermondsey Pub Company, was to engage in a full re-brand and to create the character of a comfortable, cosy traditional Bermondsey style pub with the introduction of Cask Ales and a Pieminister food offer, within what had been a previously a rather featureless, modern space.”

To accomplish this it was necessary to introduce numerous design features such as reclaimed timber wall panelling and dress the existing bar with reclaimed timber shelving and brick slips at the rear. We also introduced a run of cosy fixed seating booths to attract customers throughout the day and night whilst encouraging them to extend their stay in a comfortable environment.

Again, the project timeframe was just three and a half weeks and the venue opened in May 2017.

Laura said: “The feedback from the client and public had been very positive and the venue has been popular. This project has created one of the company’s top trading sites in the North and has conceived a new mini brand within the Bermondsey group as they have recently opened another Waiting Rooms site in Leeds.”

Still ongoing, this project is being undertaken for Pub Culture and is located within the ground floor of a former fire station which is currently undergoing extensive refurbishment.

The station was originally built in 1907, but has stood empty since 1992. Although the building is not listed, there are some heritage features which have been retained and the local conservation team are heavily involved, together with the National Lottery, who is funding part of the scheme as it is within a heritage building.

Laura commented: “We have retained all of the existing glazed brickwork and floor tiles in the former engine room along with the fireman’s pole, and carried out a completely new yet sympathetic fit out of ground floor area (the shell fit out of which had previously been carried out in another contract), breathing new life into the vacant space. The design includes the installation of a new horseshoe-shaped bar with 4 metre high back fitting, leather booth seating in the arched windows and new feature lighting.”

The scheme is due for handover in late October with a grand opening on 2nd November.

The project is part of a larger development which will see the remainder of the fire station transformed into a music and arts hub with performance spaces and an auditorium. It will be a home for music, dance, comedy and theatre in Sunderland.

With a stimulating educational programme, it will attract young and old to become involved in the arts and culture and will be an important educational centre for children using music, drama and art to stimulate young minds and nurture the creative and talented young people the city needs. 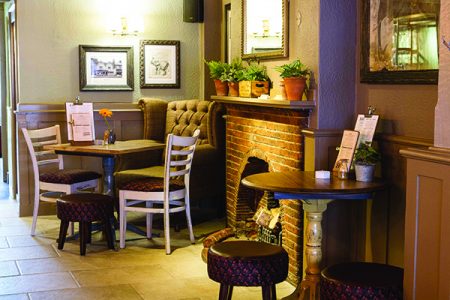 Looking to the future

A forthcoming project JSA Design are involved with is the latest Rudy’s Neapolitan Pizza restaurant for Mission Mars on Peter Street in Manchester, which is currently at the concept stage and awaiting planning approval.

This second restaurant will be slightly bigger than the company’s flagship in Ancoats, seating around 150 and featuring a dough room and training space for pizzaiolos.

“Mission Mars are one of Manchester’s biggest bar operators, and we are proud to be working with them again on another exciting project” said the team at JSA Design.