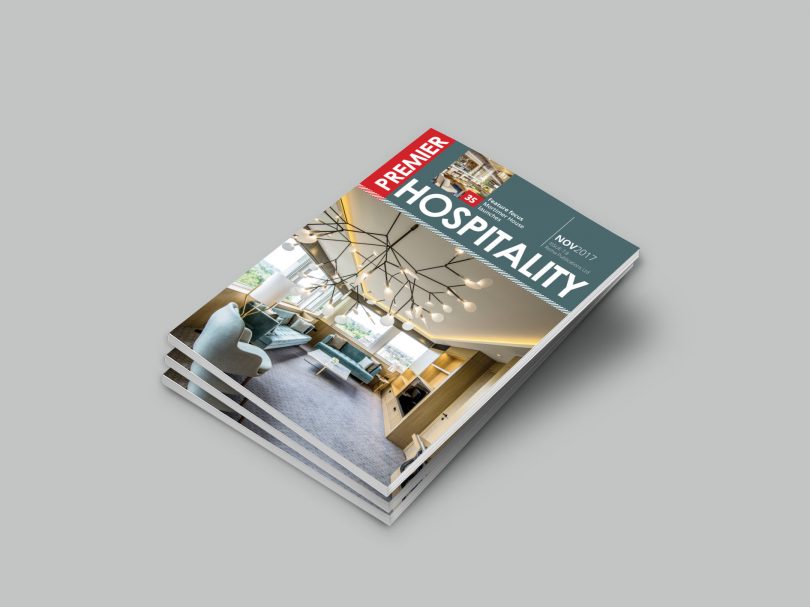 This Month in Premier Hospitality 7.8

In this month’s issue we take a look at the recently relaunched Royal Lancaster London; we catch up with Aston Villa as the club kicks off a new era of hospitality; and we preview Sleep 2017.

Royal Lancaster London has relaunched following an £80 million renovation project led by Studio PROOF. Upon completion, the mid-century icon reinstated its original name of ‘Royal Lancaster London’ in time for its 50th anniversary. Works to renovate the hotel included a dramatic new entrance façade and reception lobby as well as the redesign of all 411 guestrooms and suites in the 18 storey tower – one of central London’s best known landmarks on the boundary of Hyde Park.

Meanwhile, one of English football’s most historic and decorated clubs, Aston Villa recently embarked on a dramatic overhaul of its hospitality offer. Following the conclusion of the 2016/17 season, work began on creating The Directors’ Club – a 180-seat, fine-dining restaurant. Previously the reserve of VIPs, in The Directors’ Club fans watch can now watch the game from the best seats in the house, enjoying the same menu and sense of occasion as the directors.

And finally, Sleep 2017 is Europe’s key hotel design, development and architecture event, offering the opportunity to meet over 4,600 of the hospitality industry community and discover how hotel brands can deliver beyond the functional, for lasting memories that inspire. With an international exhibitor line-up of over 130 leading names, this year’s show will be held on 21-22 November at The Business Design Centre, London. An event which is globally acknowledged for ideas, installations and experiences that tap into the pulse of the hotel design industry, Sleep’s theme for 2017 is “Loyalty: Lessons in Love”. This is a concept reflected by this year’s exhibitor mix, 30% of which have stayed loyal to Sleep year on-year, returning to reveal new products and showcase their most renowned collections.