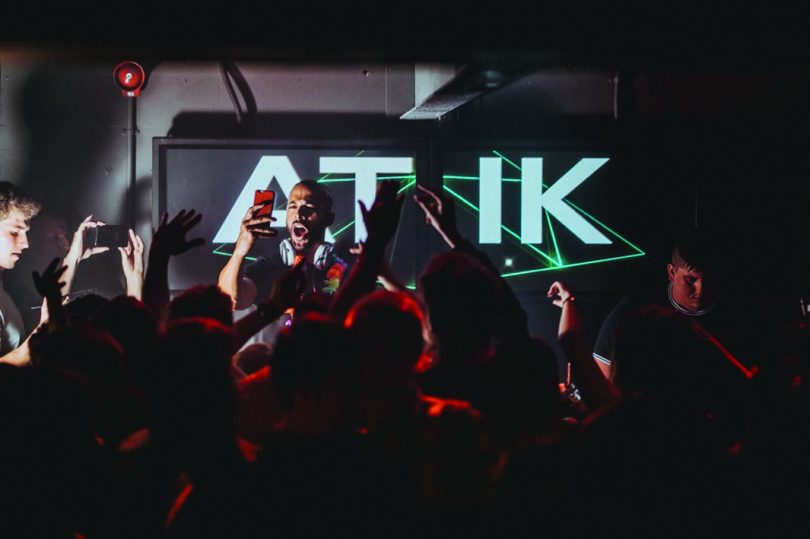 One of Hull’s longest running nightclubs has reopened its doors following a £1.1 million refurbishment. Now called ATIK, the former Sugar Mill premises on Dagger Lane has undergone a transformation with the hopes that the new club, which brought 45 additional jobs to the city, will also bring footfall to the Old Town and rejuvenate the historic area.

ATIK is a brand new late-night clubbing experience for the people of Hull boasting an unbelievable atmosphere, amazing sound quality, astonishing lighting and the best DJs in the area. ATIK can cater for all of your clubbing and party needs from that Friday night out with your friends, to the annual office Christmas party.

Work on the refurbishment began earlier this year and was undertaken by main contractors WFC Contractors and architects & designers Bignell Shacklady Ewing. The project was completed and re-opened on 15th September 2017. 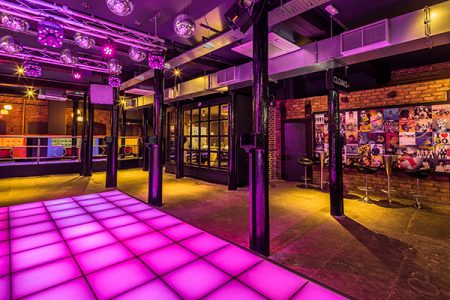 Bignell Shacklady Ewing is a RIBA Chartered practice specialising in architecture and interior design for the leisure and hospitality industries. Established in 1993 by Karen Bignell, Peter Shacklady and Alistair Ewing, the practice boasts a team of talented professionals bringing flair and vision with commercial awareness. The studio handles projects from minor refurbishments to major new builds and is committed to leading clients to success.

Bignell Shacklady Ewing has been working with The Deltic Group over the past few years on numerous projects and have been helping to develop the ATIK brand. The Deltic Group is the UK’s largest operator of late night bars and clubs. As well as ATIK, its brands include Bar & Beyond, PRYZM, Fiction, Cameo, Kuda and Vinyl. Created in 2011 and led by Chief Executive Peter Marks, Deltic has a total of 3,000 employees across 59 venues and has delivered four years of consecutive growth, driven by the company’s investment in its premium estate.

Speaking to Premier Hospitality magazine about the ATIK project, Bignell Shacklady Ewing Director Peter Shacklady said: “The challenge was to introduce the Atik ethos into a Grade II listed building without destroying its inherent character’’

“An Atik consists of a variety of distinctly different rooms so the original nightclub spread over 3 floors offered huge potential to develop the scheme. To add a major element of change to an area that had been dormant on the ground floor was developed to offer a totally new entrance, bar and dancing area. Generally structural works were limited due to the buildings listing, but the local authority was very supportive in enabling us to widen apertures and remove an existing balcony giving further elements of physical change.’’

Split into 5 rooms, ATIK has something completely different in each area to offer those in attendance. The venue will showcase the very best in light and sound technology and for retro fans, Vinyl will have an illuminated dance floor reminiscent of the 70s and 80s, dozens of glitter balls and will play guilty pleasures and pop classics. The main room, which is the ATIK room, is the main chart and anthem room and has a bit more of an industrial feel to it by incorporating distressed wooden bars and leather tweed seats to create a dark and cool area. Curve, a luxurious new room with an intimate atmosphere, is decorated in black and gold with large booths and features DJs playing the latest RnB chart hits. The nightspot also boasts a new tiki bar called Lua Lalai with bright, fun Polynesian décor and bamboo features to emulate a holiday paradise, all while playing classic chart hits to add to the sunny, party mood and offering an extensive range of cocktails.

There is also a separate room with foosball and bandits for those who want more of a chilled atmosphere. 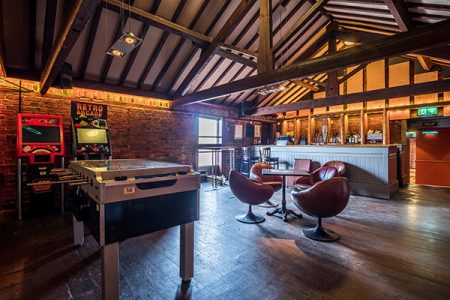 Peter said: “Over the past year or so we have been developing the individual character of each room with Deltic and at this venue we had to consider which design aspects could be implemented and adapted to give strong identities, whilst enhancing the unique quality of the original premises at the same time.  We were fortunate to have the opportunity of working with such a great building.’’

ATIK General Manager Tom Bowden said: “This level of investment is something that the Old Town hasn’t seen before and we hope the exciting changes will bring lots more people to the area with a unique brand of world class entertainment and clubbing experience.”

Groups and parties will be catered for with over 20 pre-bookable VIP booths with table service from a team of hosts throughout the night. ATIK is open Monday, Thursday, Friday and Saturday nights with drinks deals including Quid Mondays and £2 Fridays.

Peter concluded: “The project was very important to our practice in illustrating how the scheme can regenerate buildings of a distinctive nature and it is hoped that we can progress the concept further with Deltic in the future.’’ 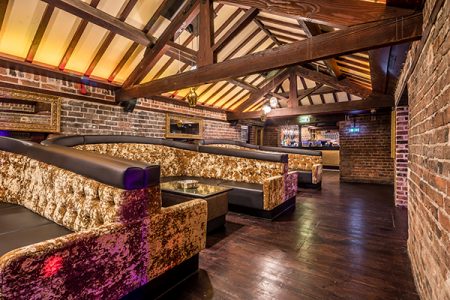