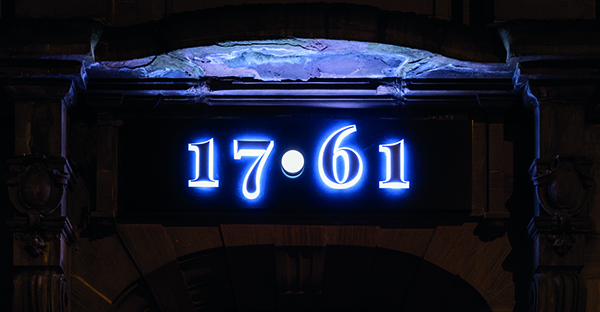 The former Avalanche unit on Booth Street Manchester, which has been empty for more than a year, is now home to 1761 and Lily’s Bar. 1761 and Lily’s Bar is owned by Glossop based operator Phil Healey, who is working alongside General Manager Emma Greathead, Head Chef Oliver Walker and Bar Manager Jon Kloman.

Split across two levels, 1761 on the ground floor will be a 130-cover restaurant. 1761 is named after the birth of the Industrial Revolution in Manchester and encompasses the spirit of the industrial movement in Manchester. 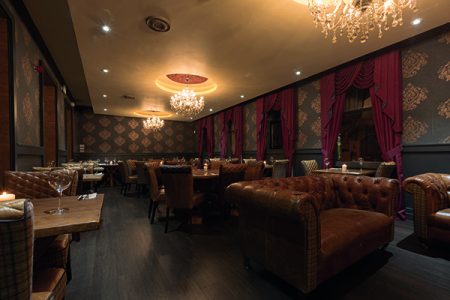 Speaking to Premier Hospitality magazine, Phil Healey said: “We wanted the venue to have two different identities, the ground floor, 1761, is a celebration of Manchester and the industrial revolution of 1761. This part of the venue is all very British in terms of English furniture, all oak, all handmade and everything has been sourced from the North West and Manchester.”

The restaurant serves modern British food and drink inspired by the city’s industrial past, from open sandwiches piled high with salt beef and gherkins alongside popcorn cockles and oysters.

The restaurant opens daily for brunch, lunch and dinner from 11am to 10pm.

The basement, known as Lily’s Bar, has been designed to create a sense of nostalgia. Guests are greeted by Lily Bollinger’s image as they make their way downstairs to the bar.

This part of the venue is luxurious and cosy in design. The bar offers decadent cocktails and bucket loads of champagne. Drinks take the theme of ‘a moment in time’ with each one inspired by a story from the past. The bar also features Lily’s library; a secret drinking den available for private hire complete with its own bar, projector and fireplace.

Phil added: “Having researched into different historical movements and artistic cultures we will deliver moments in time which will resonate with customers. There will be a 118,000 litre marine tank in the middle of the room and it is very relaxed and seductive. It is not something that has been done before and we want people to really feel like they are being looked after.”

Lily’s Bar is open from Midday to Midnight every day. 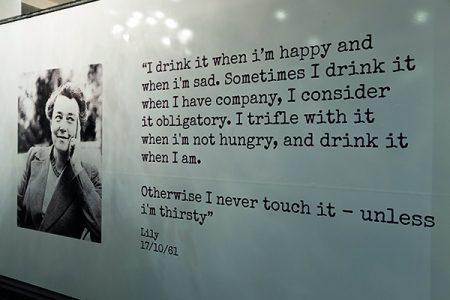 Guests at 1761 and Lily’s bar enter through one door to access both sites and are welcomed by the significant Manchester Bee emblem as an entrance handle, which is cut in half to signify coming together.

Phil has owned the Victoria Lounge in Glossop for three years and grew up in Belle Vue and is Mancunian through and through.

He said: “I wanted to create something that is truly of this city. For me the whole concept of 1761 is something that has come from Manchester, in Manchester, for Manchester. It’s not cheesy or themed but about creating a real feeling of pride and warmth for this city. Or of course people can just come to see the fishes!”