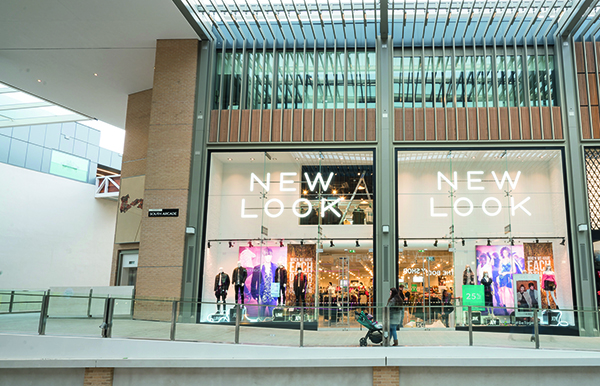 Having worked with New Look for over 10 years, Quadrant Design was once again approached to work with New Look’s in house design team. The end result is a store that stands out from its neighbours with a bold shopfront and sleek interior. Charlotte Mitchell, Designer at Quadrant Design spoke to Premier Retail about the project:

“This project was similar to our recent New Look project at Lexicon Bracknell so again we were alongside New Look’s in house design team having been appointed in January 2017. The in house design team work up the initial space and merchandise layout before we take this forward and develop them.

“The shopfront is a double height, frameless fully glazed shopfront with large illuminated signage. The front is split by a central column so there two entrance doors and two signs. Internally, the design is the current concept New Look is using which includes white walls and exposed ceilings sprayed white. They like their products to do the talking.

“Obviously this is a new retail development in Oxford so it was really good for us to be involved and represent New Look.”

Situated on Queen Street in Oxford City Centre, Oxford Westgate offers the ultimate retail and lifestyle experience all in one location. Westgate Oxford is the largest retail and leisure destination to open in the UK this year and is the ideal pit stop for visitors exploring the city’s cobbled streets.

Located just an hour from London, this new arrival from the Westgate Oxford Alliance – a joint venture between Landsec and The Crown Estate – forms part of the historic city centre and boasts excellent transport links and a revamped Park and Ride. The revised Park and Ride service runs every ten minutes, from five sites around the city, leaving shoppers with no excuse to not take a trip to Westgate Oxford.

Nearly three years in the making and spanning over 800,000 sq. ft., Westgate Oxford’s pioneering design sensitively blends old and new with rooftop restaurants offering never-before-seen views of the famous city skyline. Food and drink options are equally impressive with openings including Cinnamon Kitchen, The Alchemist, The Breakfast Club and the first Pizza Pilgrims outside of London. 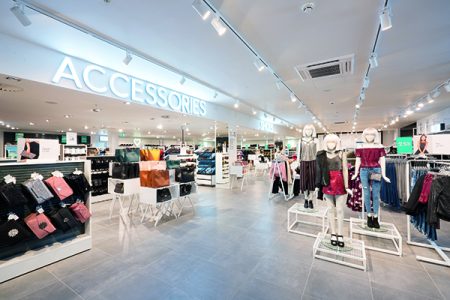