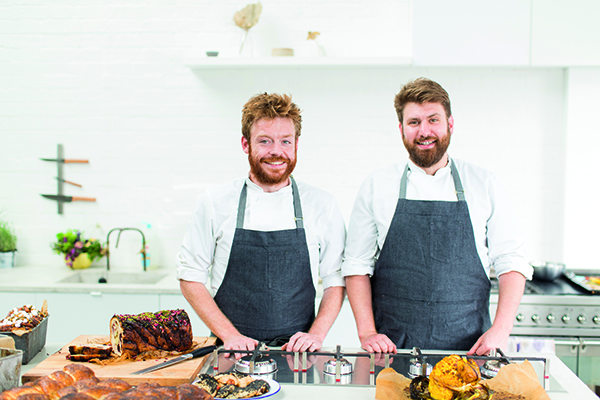 Good Egg hatches out in Soho

Drawing on the distinctive Jewish cafe-culture of Montreal and Tel-Aviv’s vibrant street-food scene, The Good Egg has opened in Kingly Court, Carnaby, Soho.

Headed by chefs Joel Braham, Alex Coppard and Oded Mizrachi, the all-day restaurant, bakery and bar offers a menu reflecting seasonal British produce, influenced by the cooking of exilic Jews all over the world.

Ian Goggin, interior designer at Gundry + Ducker said: “We got involved with this project after building up a relationship with Joel Braham for some time before the company decided on their new opening.

“Our design brief was based on The Good Egg concept of introducing modern Jewish food from all over the world – not just Israel – but from locations such as Montreal and New York too.

“It was also important to consider how this could be expanded and adapted from the Stoke Newington venue to the new Soho site, which has a completely different clientele.

“The greatest challenge of the project was the laying of a new resin floor and selecting the right product – otherwise everything has run smoothly.

“This has been a great project to work on – The Good Egg is very well known and has been established for a good few years. To be able to work with them has been really exciting – particularly in translating and expanding the ethos of the company’s original Stoke Newington venue which is centred round lunchtime dining, into something that works in London’s Soho scene has been highly rewarding.”

Alongside the all-day menu, the in-house bakery offers homemade, freshly baked breads and cakes, with the counter stacked with challah, hand-rolled bagels and Oded’s ever-popular babka, whilst piping hot Manoushi flatbread with honey and za’atar streams out of the wood- fired oven. A selection of North American inspired bagels, hearty sandwiches and colourful, Middle Eastern salads are also available to takeaway.

Capturing the atmosphere of the late-night bars, the team have frequented in Tel Aviv, the cocktail-list is primarily Levantine, with a nod Stateside, including the Spicy Horseradish Michelada with Tel Aviv Dancing Camel lager, horseradish and preserved lime; an Espresso Martini with house cardamom syrup & green pistachio and the Red Hot, house Bloody Mary with gin, pastrami spices, lemon and pickled cucumber.

Joel Braham said: “Over the last two years we’ve been on this incredible ride in Stoke Newington, from developing Oded’s age-old family recipes, to our pastrami, we’ve spent years ‘tweaking’ after we first tried it in Montreal, we’ve travelled all over Israel and North America and eaten more Babka than we should really admit to… Opening in a bigger home in Kingly Court allows us to take all of that and then some, and pour it into every corner.”

The works to create The Good Egg started on site on the 11th September, with handover on 20th November. 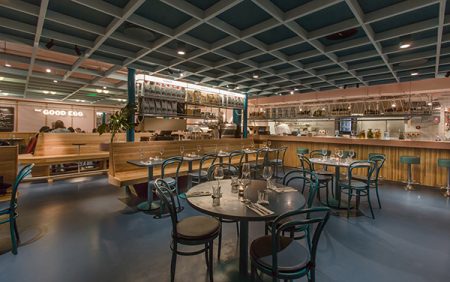 Over the past two decades, Meridian Design and Build Limited have worked with numerous worldwide corporations delivering exciting new schemes and designs. Clients have included Pizza Express, Franco Manca, The Real Greek, Wagamama, Nando’s, Obica, Paul Bakery, ASK, Wasabi, Bella Italia, Starbucks and Randall and Aubin, amongst others. Most recently, Meridian Design and Build Limited was appointed as the main contractor on The Good Egg.

“At Meridian, we pride ourselves on our ability to work closely with the entire project team and on every project we aim to deliver fantastic schemes which meet with the architect’s/designer’s overall view and project aspirations. Where called for, we can assist with planning applications and all our work is completed within programme and budget.”