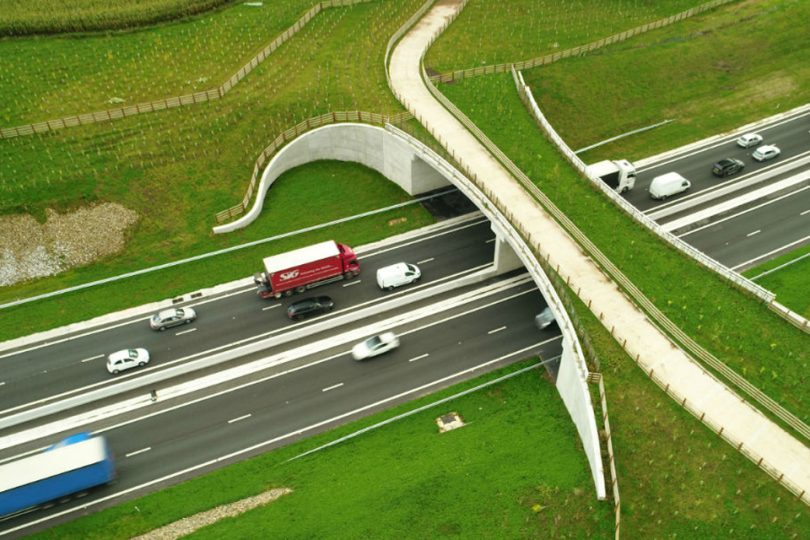 Highways England has renewed its focus on design with the launch of a set of design principles which will inform future road schemes – to ensure its roads better serve the people who use them and the environments through which they pass.

The company, responsible for delivering the Government’s £15bn Road Investment Strategy, says that as well as connecting people and places, there should be renewed focus on improvements which are long lasting, sensitive to their surroundings, and enhance the quality of life.

The design principles released today put people at the heart of its work.

Responsible for England’s motorways and main A roads, Highways England also announced the launch of a new body, comprised of experts across the industry, to provide support to designers on major projects. Early reviews include the Lower Thames Crossing and the A303 Stonehenge improvements.

We are delivering the biggest level of investment in England’s strategic road network for a generation.

We need to make sure that Highways England and the industry think in the right way when it comes to good design. The ten principles of good road design are to help us achieve that and will underpin our major improvements going forward.

We want roads that not only connect the country and communities, but which achieve a higher quality of life; that are designed in a way that is sensitive to the surroundings; provide greater economic vitality and use resources in a more efficient and innovative way.

The ten principles of good road design were published today following the recommendations of the Highways England Strategic Design Panel. They are that good road design:

The panel was set up to support the development of a culture where good design is at the heart of everything within Highways England and the wider road sector. This coincides with Highways England delivering the biggest programme of Government investment in a generation. The panel’s focus is on strategic input rather than scheme specific details, targeting where its expertise, insight and guidance will have most positive impact and wider benefit such as standards, procurement and evaluation.

At the start of the Year of Engineering, acknowledging that good engineering changes people’s lives, Highways England has set out a design vision that:

We aim to put people at the heart of our work by designing an inclusive, resilient and sustainable road network; appreciated for its usefulness but also its elegance, reflecting in its design the beauty of the natural, built and historic environment through which it passes, and enhancing it where possible.

The new principles and vision have been launched at the start of the Year of Engineering, a government campaign to get many thousands more young people to consider engineering as a career. Highways England will work with suppliers to bring young people face to face with their work, offering them the opportunity to see first-hand the range of jobs on offer and the difference infrastructure projects make to people’s lives.

As recommended by the Strategic Design Panel, Highways England recently established an independent design review panel. This new design review panel provides expert and independent design advice to the Strategic Design Panel, Highways England and their design teams to ensure that the design vision and principles of good road design are applied to individual schemes.

The ten new principles of good road design and vision will underpin the updated Design Manual for Roads and Bridges. The Design Manual for Roads and Bridges was first published in 1992 and is the standard for the design, maintenance and operation of the strategic road network and is widely used for other roads in the UK and across the globe. The new manual will be rolled out in phases and is expected to be complete by March 2020.