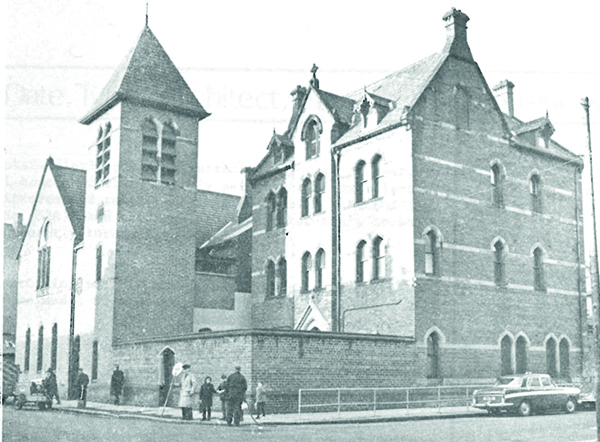 A project to restore a former convent in the heart of Belfast is nearing completion following extensive conservation works. When finished, Sussex Place will boast 12 apartments split between the refurbished original building and a brand new five storey extension.

Located within Belfast’s Linen Conservation area, work on Sussex Place began in November 2016 and will be handed over in January 2018. The conservation of the original structure and the design of the extension was carried out by Hamilton Architects. Having worked on number of conservation projects in the city the practice was ideally placed to carry out the work, not least because its Belfast office is located next door. Annvale Construction acted as the main contractor for the project. 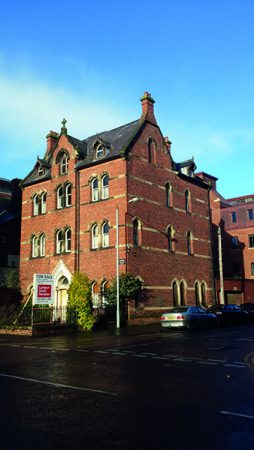 “Hamilton architects have a large conservation branch to our offices and we have many architects accredited in conservation. We do work within many sectors, but we find working in capital cities throughout Ireland and the UK means that many of the projects will have a conservation aspect, so this knowledge and experience is paramount to the successful and timely delivery of projects.

“We first became involved in the project in 2015, when it was purchased by private developer with the intension of refurbishing and extending it, to create city centre apartments. The challenge was to ensure that we preserved maximum original fabric while making the building safe, and compliant with today’s standards. When the contractor started work on site, we discovered quite a bit of dry rot and so this had to be addressed prior to the refurbishment.

“The existing convent building is 4 stories with a very high floor to ceiling height. To maximise the site potential and offset the refurbishment cost we introduced a 5th storey in the extension making 12 apartments in total. Throughout the building there are fantastic original features, such as decorative cornicing, ceiling roses, stain glass windows and large timber sliding sash windows, all of which we have retained and celebrated.

“Our offices are right next door to the development; I can actually see the building through the window at my desk. Our offices were also designed in-house by Hamilton architects. Hamilton House has a copper clad roof, we have used this same architectural language on the new build. The key when extending listed buildings is not just to make an addition that compliments the existing building but also works within, and enhances the site context.”

The history of the original building can be traced back to 1860 when it was built for the Sisters of St Malachys, it was taken over by the sisters of Mercy who ran the adjacent school in the 1900’s. The Sisters of Mercy occupied the convent until 1969 when only two nuns resided within the building. When the School closed in 1980’s the convent also closed for periods. The Sisters relocated to Crumlin Road and in 1983 the Good Shepard Sisters occupied the convent up until early 2000s. In 2008 the Ulster Architectural Heritage Society classified St Malachys convent as a ‘building at risk’ Restoring the building to the standards expected of modern living, while trying to retain as much history as possible, proved to be one of project’s biggest challenges. Reflecting on this and the importance of conservation work, Tara concluded:

“The building has a lot of heritage to it, so to have respectfully restored it was important, not just for us but also Belfast as a whole. It’s important to try and retain as much of our listed and heritage buildings as possible.” 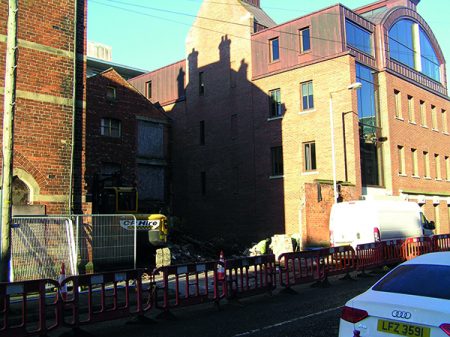