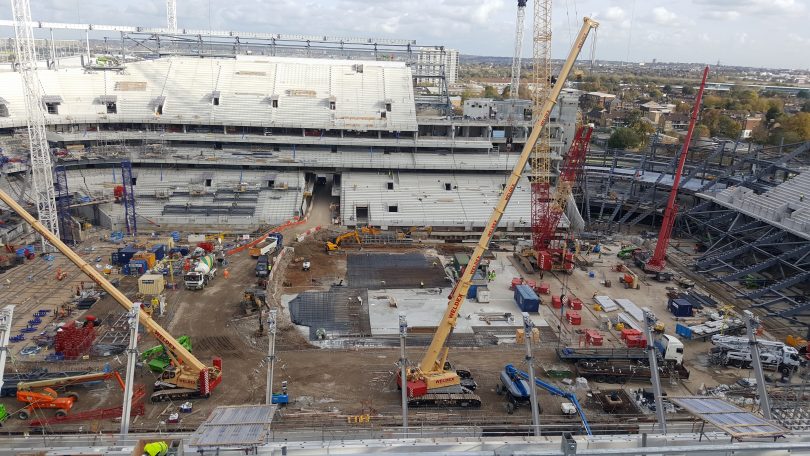 Bull Products, a manufacturer of life-saving fire protection equipment, has secured a contract to supply its renowned Cygnus alarm system during work on the new 61,000-seater Tottenham Hotspur Stadium.

Part of the Northumberland Development Project, the football stadium in London will replace White Hart Lane as the home stadium of Tottenham Hotspur. The new state-of-the-art development will also include more than 500 new homes, a hotel, a local community health centre, and a large sports facility.

Bull has been contracted to supply more than 200 of its Cygnus alarm devices including the Fire Call Point and First Aid Alarm, which will ensure workers are protected no matter what the emergency. The units will be in place up until project completion later this year.

A major innovation in wireless emergency fire, first aid, and intruder alarms for construction sites, the Cygnus radio system manufactured by Bull Products, has already been used on some of the largest construction projects across the UK including Crossrail, Waterloo Station, and Battersea Power Station.

It has been designed for specific use on construction sites where changing site conditions and environments demand a far higher performance from the radio than those found in standard wireless fire systems.

Matthew Trigwell, sales director at Bull Products, says: “During work on a construction site, it’s important to ensure preventative measures are in place to protect site workers and members of the public from any potential hazards.

“There are thousands of fans who will be gearing up for the first game at the new stadium and we’re confident that our alarm systems will protect the development to the highest standards up until completion. We’re incredibly proud to be a part of such an exciting project in London.”