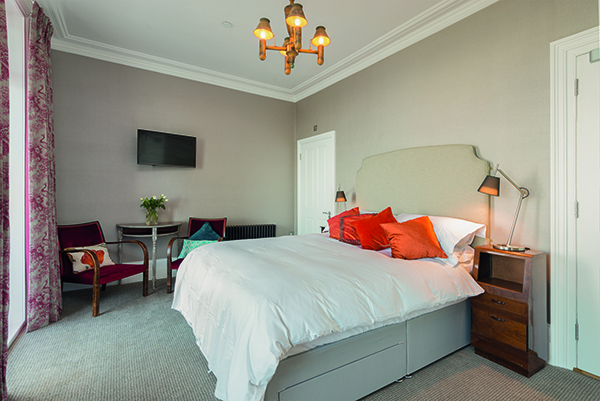 Close to the centre of Broadstairs, Kent, The Bay Tree Hotel is ideally located for a weekend break or holiday in one of England’s most beautiful and traditional seaside resorts. Situated in a dramatic location on the cliff top, there are stunning views of the coastline and sandy beaches in Stone Bay.

The site recently underwent an extensive £1 million refurbishment programme to extend the hotel and car park and build a guest bedroom that was easily accessible to wheelchair users.

Work on the project was undertaken by the hotels management team, Alistair Dixon and Robert Stone, alongside architects Urban Surveying and Design of St Peters, Broadstairs. Work began on site in October 2016 and was completed in December 2017, with the hotel reopening on 21 December 2017.

Speaking to Premier Hospitality magazine about the project, manager Robert Stone said: “Alistair and I took over The Bay Tree in April 2015 having both enjoyed successful careers in London previously. We were both looking for a life outside of London and fell in in love with Broadstairs and the surrounding area. It wasn’t our initial plan but The Bay Tree Hotel was on the market and we took the decision to purchase it. 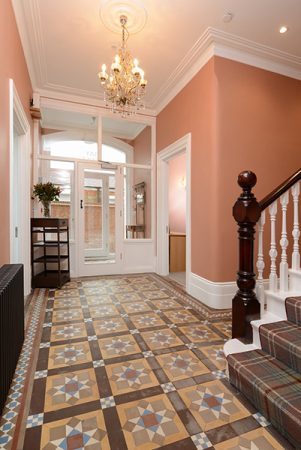 “We always wanted to put our own mark on the hotel but rather than just a repaint we took the decision to completely renovate the building in late 2016. We worked with Suzy Nina Interiors to put our design ideas into reality and the result is a very bespoke design with different colours in every room. To complement the original features we have introduced unique pieces of up-cycled furniture that we have carefully selected from antique shops and bought at auction and, in many cases, we have restored the woodwork and re-upholstered the fabrics.”

Closing the hotel and doing a full refurbishment gave Robert and Alistair the opportunity to strip out the unsympathetic alterations made in 1978 and 1984 and restore many of the features of the original 1896 building.

The 1978 flat roof extension at the rear was demolished and replaced with three storeys built using matching imperial bricks in ‘English Bond.’ This provided the opportunity to create an accessible guest room – one which is also dog-friendly. The update also meant that Robert and Alistair could create a utility room with industrial laundry machines and extend the size of the kitchen by half, so that they can open the restaurant for non-resident guests.

A library, bar and reception area was also created from one of the ground floor reception rooms using oak and marble and they reinstated the fireplace with an eye-catching Art Nouveau piece from architectural salvage. In the dining room, the pine flooring was restored and a large antique dresser was installed as the buffet and breakfast bar. French windows were also created which provided access to the front patio enabling outside dining in the summer months.

Externally, they had to rebuild much of the outside walls which allowed Robert and Alistair the opportunity to use traditional red brick and flint in the Kentish style. The two patios on site were resurfaced having suffered damage during the building works and the car park was levelled enabling it to be used for setting up a marquee for weddings and other functions.

Commenting on the importance of the project, Robert said: “We are convinced that the process of transforming The Bay Tree and making it a success has wider implications for helping rejuvenate Broadstairs and its neighbouring towns of Margate and Ramsgate, and the rest of Thanet. The area is very much ‘on the up’ and we are very keen to promote it as much as possible.

“The Bay Tree has always appealed to a wider audience outside of Kent and we regularly welcome guests from London and around the M25. We are building on this and are now also welcoming guests from all around the UK, Europe and the USA.

“The opening of the restaurant at the Bay Tree will realise a long-standing ambition to be involved in the world of professional cookery and matching dishes made from the best local produce with fine wines.”
For more information, visit: http://www.baytreebroadstairs.co.uk/ 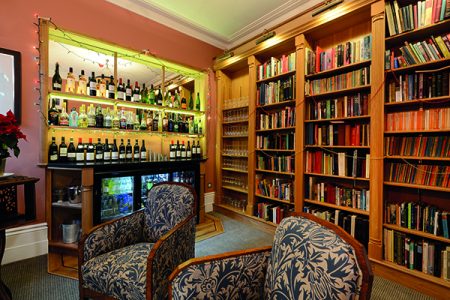 Broadstairs Carpets specialise in the supply and installation of flooring, for use in the commercial and domestic sector. The company has been in operation for 22 years and within this time has worked on a range of schemes, including schools, offices, sports centres, hair dressers and healthcare environments, alongside a significant amount of domestic work, which in itself has provided some very interesting and vibrant flooring choices.

Most recently, Broadstairs Carpets has been involved in The Bay Tree Hotel – a hotel local to the company. Working on this project, Broadstairs Carpets was responsible for the supply and installation of carpets to the guest and owner rooms, as well as the study and the lounge. In addition, Broadstairs Carpets also installed a stylish tartan runner which runs throughout the stairs and landing areas.

“We provided outstanding service and value for money for The Bay Tree and enjoyed working in the prestige surroundings of the hotel. It is important that clients have a local business to go to, where they can be provided with a very personal and efficient service and that’s what we offer. Our business is very much a part of the community.”

“At Broadstairs Carpets, we pride ourselves on our ability to provide the best value flooring that money can buy. Our knowledge of flooring products is second to none and we are confident that we can fulfil all carpeting and flooring requirements with a thoroughly professional service.

“We provide quality carpets from some of the best textile designers and we have a broad spectrum of clients, from those who need value for money low cost carpets to those looking for a comfortable home for their family.

“For quality and professional service, stand on our reputation.” 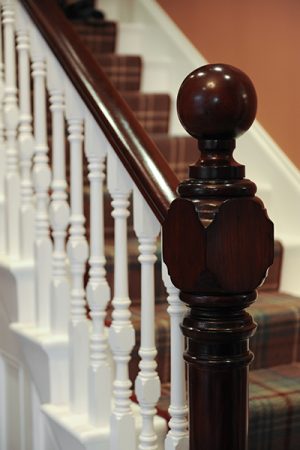