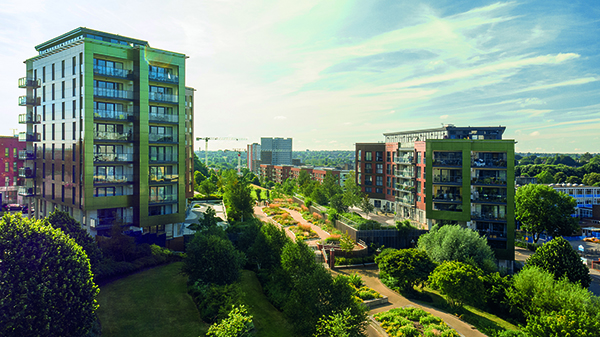 Birmingham city centre’s largest residential regeneration project, Park Central by Crest Nicholson, is a multi award-winning development extending over 61 acres and is widely acknowledged as the largest urban renewal scheme anywhere in the UK outside London.

Located off Lee Bank Middleway in Birmingham city centre, the Park Central development was started over 16 years ago, and is already home to over 1,250 properties, including 1,000 apartments and 250 freehold houses, together with 285,000 sq ft of commercial space. Additionally, more than six acres of parkland have been delivered, including over 120 trees.

Construction is now underway on the final 339 apartments at Park Central, located across six buildings which have been designed by Glenn Howells Architects.

This final phase will also deliver a landscaped courtyard – designed by The Landscape Practice Group of the City Council – that will include seating, open green space and planting located across varying levels. Construction of the final phase is due to be completed in 2019.

Senior project manager Peter Bayliss, who is leading the scheme said: “The project is a regeneration of the former Lee Bank council Estate and was re-named Park Central after Central Park in America.”

The four blocks now under construction are due for completion in October 2018 and range between six and 11 storeys, with underground car parking. Each is structured around a reinforced concrete frame with external elevations in brick, UPVC framed windows and a flat roof.

Park Central has won numerous awards including NHBC Pride in The Job and NHBC Health and Safety Awards; as well as Housebuilder, Sunday Times Regeneration, What House? and Birmingham City Council Constructing Excellence Awards – plus many more too numerous to mention.

Peter Bayliss said: “We love it – the whole scheme is designed with people in mind – it’s about building communities and raising living standards. It is nice to be recognised and to know that he Park Central scheme stands amongst the best in Europe.

“Over the years we have worked at building up a good relationship with the residents and gaining the confidence of the whole community. They are very happy with the scheme and there are no empty properties here – whether for sales or rental – which is a great achievement and testament to the success of the scheme.

“I am very proud to be part of the development, building such a community and seeing families grow over the 15 years I have worked on the project is the culmination of it all.” 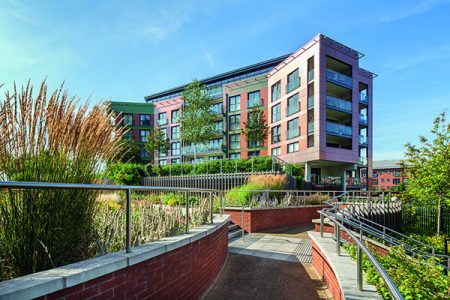