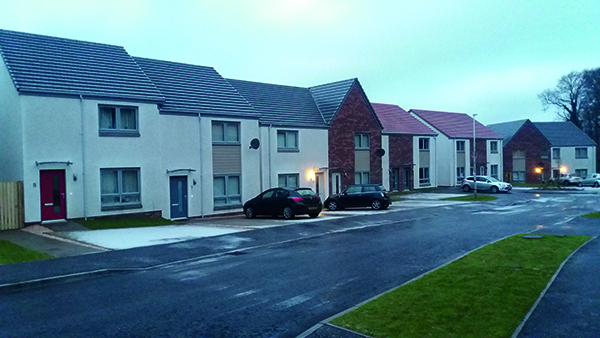 A major housing development in the Scottish town of Kincardine has been completed after a multi-million pound construction project. The development at Devilla in Kincardine, Fife, began nearly eight years ago on the site of former high rise flats.

The latest phase, the third and final aspect of the work, saw the construction of 49 properties in total divided between 2 homes for social rent, 31 homes for Mid-Market Rent and 16 homes for Affordable Sale to Priority Purchasers. The development was supported by Scottish Government grant funding and private finance through the Allia Bond scheme. Work on this final phase began in April 2016 and was finished in December 2017.

The new homes at Devilla were provided by Kingdom Initiatives, a subsidiary of Kingdom Housing Association. Dunfermline-based Campion Homes acted as the main contractor for the project, which was designed by Oliver & Robb Architects, Scott Bennett Associates, both of Dunfermline, and Langmuir & Hay of Glasgow.

“The homes that have been built are brick and render with elements of cladding. There is a nice mixture of materials that work well together. They are designed to meet the silver standard under the building regulations so they are very energy efficient. They have highly efficient boilers, waste water and gas flue heat recovery, high levels of insulation and triple glazed windows. They will be very efficient to run for residents and will meet Secure by Design standards. Ground conditions and the tight nature of the site presented some challenges, but we’re very pleased with the finished product.

“It’s a very successful project for us in regenerating the area and I think for the people that live there, having gone through a long demolition and build process, it’s nice everything is finished. It’s made a significant difference to the look and feel of the town and hopefully it’s improved it.”

Two of the three high rise flats that previously stood on the site were demolished in June 2010 following a council decision originally taken in 2007. The other high rise was brought down in 2013 when enough of the new housing had been constructed to meet demand. The first phase of the redevelopment saw 65 homes constructed for social rent while phase 2 saw the creation of 13 homes for mid-market rent and 6 homes for social rent.

The completion of the Devilla development marks a major step forward for the standard of housing available in Kincardine and will be a benefit to the community for years to come. 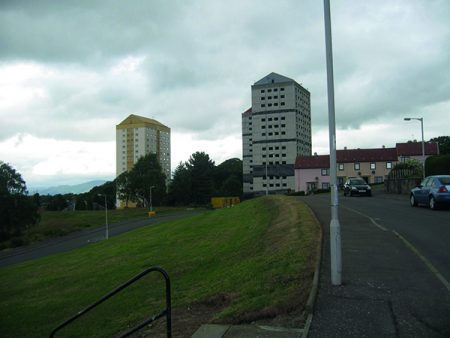