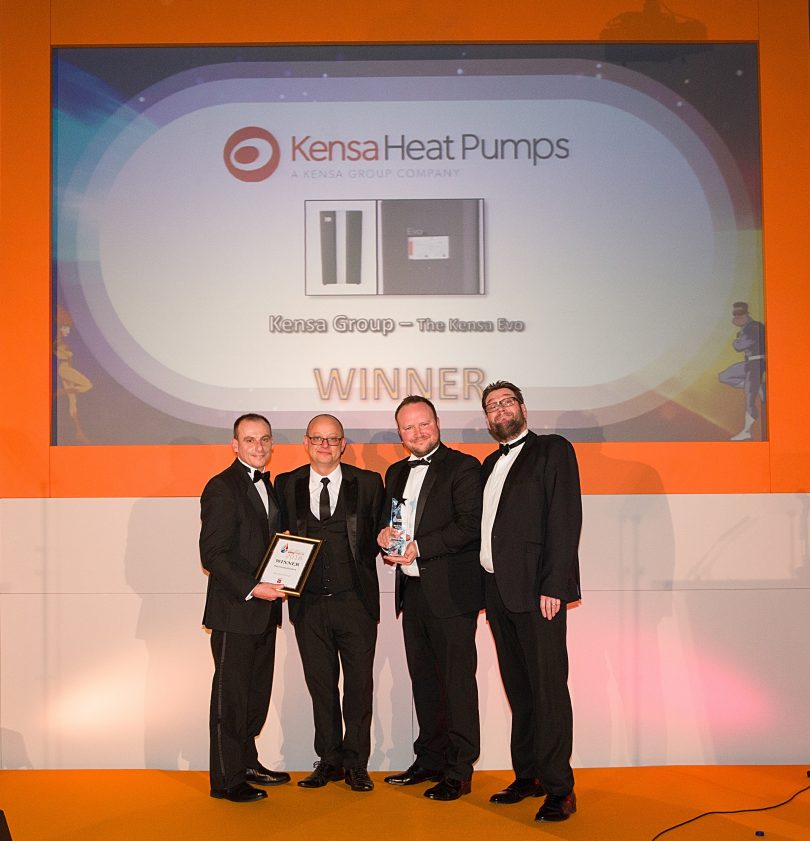 The 17kW Evo is the next step in Kensa’s expansion of the successful product range, which also features 7kW, 9kW and 13kW models. The 17Kw Evo is the highest single phase non-inverter driven ground source heat pump currently manufactured in the UK, and is capable of heating new build properties up to 500m².

“The Evo Series is a natural evolution of Kensa’s existing product range; offering significant gains in efficiency, whilst retaining Kensa’s philosophy of easy installation. The 17kW meets the ‘sweet spot’ of Domestic RHI payments before the 30kWh cap. Perfect for medium to large homes, it delivers greater heat capacity alongside all the innovative design features that are the hallmark of the Evo range.”

Kensa’s announcement comes off the back of a successful year for the newly launched range, which was recently crowned ‘Heat Pump Product of the Year’ at the National ACR & Heat Pump Awards 2018. Judges felt that the Evo Series extended the boundaries of existing heat pump technology and delivered significant benefits for the customer.

This latest win complements other recent triumphs for the Evo Series, including winning ‘Best Sustainable Product’ at the Build It awards in September 2017, and being shortlisted for ‘Domestic Heating Product of the Year’ at the H&V News Awards 2018, winners announced in April.

Kensa’s Evo Series has received positive reviews from both installers and customers.

Self-builder Bob Pybus said: “During our build project, Kensa launched their Evo Series and we were confident this new piece of kit would fit perfectly with our project. We weren’t disappointed.”

Tom Sandell from TWS Plumbing & Heating fitted his first Kensa Evo recently on a job in Somerset. He said: “It looks really modern and contemporary, but still has the same simple set up as all the other Kensa products.”

The 17kW Evo is available to pre-order for summer 2018 delivery. Visit www.kensaheatpumps.com/evo for more information.