Andy Watt, head of city development services at the city council, told Premier Construction magazine that in 2012 the government changed the rules around the administration of finances in connection with local authority properties which meant the council was able to deliver new housing. As a consequence the council was then able to consider developing the Goldsmith Street site.

Work on the site began in January 2017 and is set for completion towards the end of 2018. The development has already gone on to win a Housing Design Award through architects Mikhail Riches.

Andy said: “We were keen to deliver a quality development so it’s great for Norwich to be recognised for its efforts on Goldsmith Street. The architect also put it forward for an exhibition with the Royal Institute of British Architects as it’s clearly well regarded as a social housing development.”

The homes are being built to the highest standards of energy efficiency possible with what are known as ‘Passivhaus’ features such as extra thick insulation and triple glazed windows and doors.

Andy added: “The Passivhaus standard was developed in Germany and produces ultra-low energy buildings that need very little fuel for heating or cooling. This means tenants will directly benefit by seeing big reductions in their fuel bills.”

The intention for all 105 homes is to be let for social rent through the council’s choice-based letting scheme, Home Options.

“It will make a really positive difference to the area,” continued Andy. “Residents are welcoming the fact that we’ve got development going which will help to bring a new and vibrant community to that area.

“This has been a huge project for the council. We look forward to its completion towards the end of the year and welcoming in the tenants.” 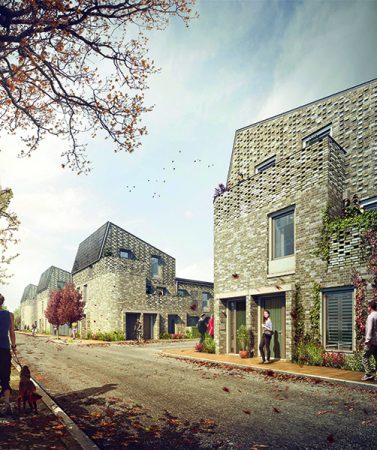