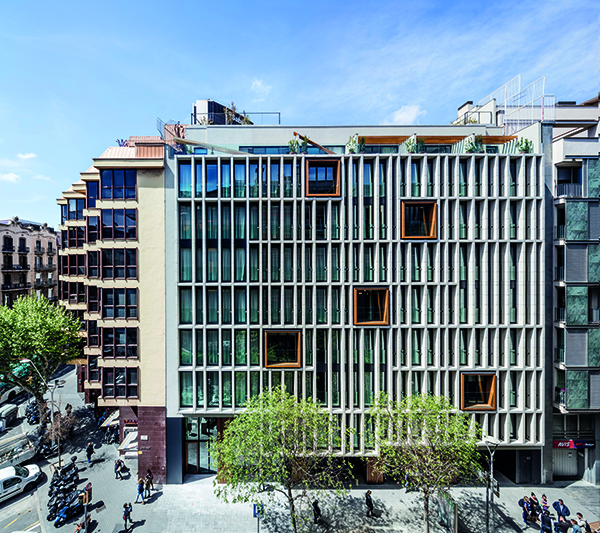 The stunning transformation of a 1970s office building in the heart of Barcelona into a 5* star boutique hotel has been recognised with a World Architecture News (WAN) Award nomination. Hotel Ohla Eixample is the result of a major refurbishment project masterminded by local architects Isern Associats. 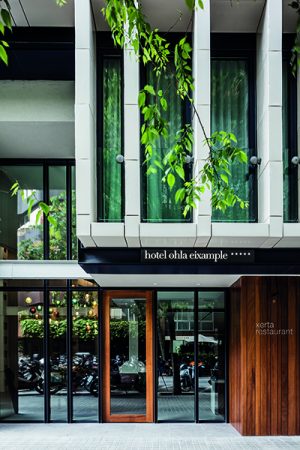 The unique and ambitious new look reinvigorated a building that was previously beset by problems which had rendered it virtually useless. The stylish yet functional design incorporates a number of clever architectural and technological features that quietly highlight the building as one of the most forward-thinking in the city.

One of first challenges that needed to be addressed before any thought could be given to the building’s use was its position above the underground metro. The high levels of vibration this caused meant changes needed to be made before any project could begin. It was at this point that Daniel Isern and his team at Isern Associats became involved. Having spoken to manufacturers and structural engineers, they devised the installation of seismic shock absorbers to each pillar on the ground floor level.

With the vibration level sorted, attention could then turn to the look of the hotel. Particularly significant was creating an exterior that slotted in with its surroundings, as Daniel Isern explained:

“For the façade, we thought about the location of the hotel and how central it is. We had a responsibility to the surrounding environment. Rather than a glass or metal façade that would have been very fancy and easy to build, we wanted to use a material that linked the building to the surroundings.

“We decided to use ceramics but we wanted to go a little bit further. We wanted the ceramics to go a little bit further, to be more than just a tile or a piece but to have a bit of technology. We decided in order to make the ceramic it would be nice if we could provide it with a certain texture. Rather than a print that would mean we would have a few different tiles, we wanted to develop a system that would allow us to have infinite numbers of pieces, each of them different. 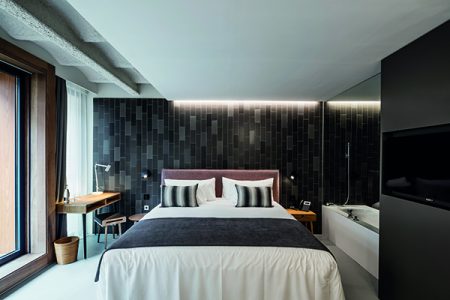 “We got in touch with a university and together we developed an algorithm that listens to music and using the music the algorithm creates a pattern. The pattern is then drawn onto the surface of the ceramic by a robot. It’s sounds very high tech but actually it’s not.

“The final result is a gigantic drawing, based on music. This human touch is not immediately noticeable. You have to get really close to see the drawings. For the music we could have used anything but we actually chose a contemporary piece of classical music called ‘Vivaldi Recomposed’ by Max Richter. When you listen to the piece you can recognise Vivaldi’s ‘Four Seasons’ but you can also hear the modern twist. This similar to what we were doing with the ceramics.”

This novel and original design process may not be immediately visible to everyday passers-by but has understandably drawn the attention of industry professionals. Daniel added:

“This is actually my second nomination which is great. It feels nice when you see that other architects are recognising your work and can see you have done a good job.” 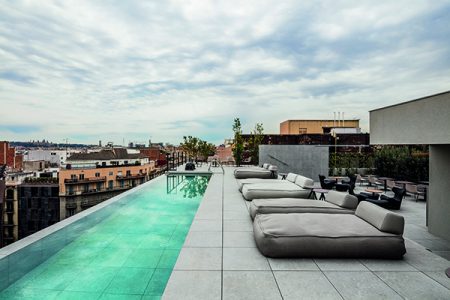