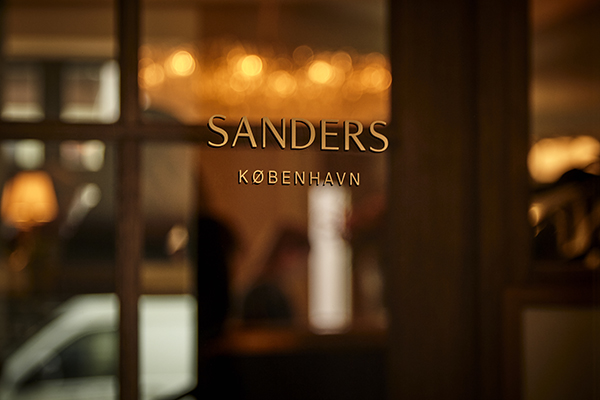 Nestled within the heart of the Danish capital of Copenhagen, Sanders is a luxury boutique hotel that provides guests with an intimate and homely experience. Bringing together two former townhouses, Sanders is on a charming neighbourhood street directly behind the Royal Danish Theatre.

Sanders is owned by former ballet dancer Alexander Kølpin and the interiors features references to his previous career in the theatre and his global travel. Appointing London-based interior and architectural studio Lind + Almond, the hotel design represents these experiences. Alongside 54 guest rooms, the hotel is also home to a restaurant, bar and a stunning rooftop conservatory. 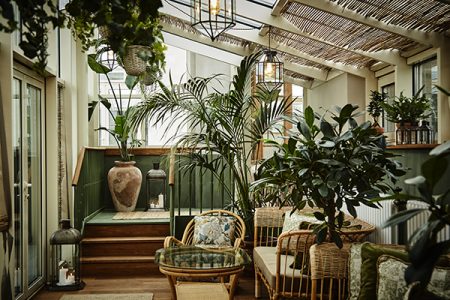 This was the first project for Lind + Almond, with founders Pernille Lind and Richy Almond forming the company to create Sanders. Between them, the duo was able to call on a vast amount of experience having worked with some of London’s most high-profile design offices.

For Sanders, Alexander was clear that he wanted a hotel with international flair, something he felt was missing in Denmark’s hospitality market. He wanted a destination that was as much for locals as it was for guests, where residents would stop by for a drink and a bite to eat as is the case in many European cities. It also needed to have a sense of warmth and the luxury of travel.

Pernille Lind recently spoke to Premier Hospitality, giving a guide around the finished hotel. She began:

“You step into something that very much feels like a home. The reception, which is called ‘the living room’, is not that big and does feel like someone’s living room rather than a grand hotel lobby. We have also incorporated real fireplaces so there’s a fireplace in the centre of the space that draws you in. This really adds to the atmosphere and attracts the guests to relax and sit back.

“Off from this is ‘Sanders Kitchen’, which you can also access from the street. This is the heart of the hotel’s ground floor, just like the kitchen is the heart of the home. There is a open timber joinery kitchen and a big island where during the day the food is presented from. The tones are earthy and warm adding a lot of candle lit lighting.

“The bar is called TATA, which is accessible from both the living room and the street. The name TATA references Alexander’s background in the theatre and the royal ballet. This name also gave us the main concept for the bar. It’s an opulent, luxurious theatre bar reminiscent of something you would find in Paris.

“In the bedrooms the Scandinavian element of the design direction is more present. We’ve chosen to use natural oak wood floors and all the furniture has been inspired directly by 1950s, mid modern Scandinavian pieces. The colours are quite tonal and subdued and with materials such as marble, timber and raw brass we aimed to create an tactile and natural experience. It was important to us that the individual furniture pieces where crafted to a very high standard, so that you again feel like you are in a home rather than a ‘mass produced’ environment.”

Since opening in November 2017, Sanders has received overwhelmingly positive feedback. The design aesthetic, food at ‘Sanders Kitchen’ and the staff in particular have been praised. For Lind + Almond, the Sanders project marks the first step on a journey that will hopefully encompass similar work. Pernille added:

“We have been so fortunately with this project and to be involved in every design detail at every stage, has really been a great experience and learning curve for us. This became our lives for the two years it took to create it and we are so pleased with the result and all the positive feedback we are getting, it’s hard to imagine that any project will ever beat this at the moment.”

To find out more about Sanders, please visit hotelsanders.com. 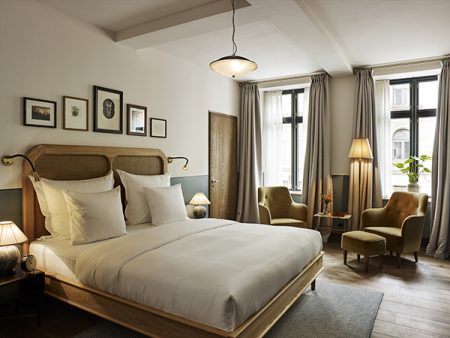