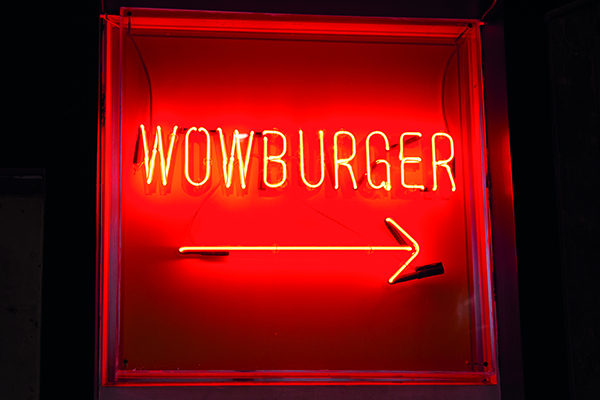 With three recent additions to their growing chain of four American-style burger venues, Wowburger is growing from strength to strength in key locations across Ireland.

This was followed by another Wowburger in the basement of hardware and pints emporium Mary’s Bar & Hardware on Wicklow St., Dublin. Shoppers, locals and tourists alike flocked to get a taste of their tasty burgers as the brand continued to increase in popularity. This led to the opening of another venue in Ranelagh, Dublin, followed by yet another Dublin opening in Tallaght Shopping Centre.

Since then, three more Wowburger locations have opened – one on Parnell St. and another on Wexford Street in Dublin, and a third venue in Cork.

Fit out contractors for all Wowburger locations were Pure Fitout.

The secret of Wowburger’s success is in their patties, which are made up of three different cuts of the finest Irish beef. The beef is ground and then shaped into pucks, ready to go on the grill, with marbling in the meat making the burger extra-tasty and extra-delicious.

Wowburger buns are also very special, with a great deal of time being spent to find a bun that wouldn’t fall apart, would absorb some juices, would have a nice brioche style feel but wouldn’t go soggy.

The company finally hit upon the perfect recipe and now get all their buns specially made and delivered daily by Coghlan’s Artisan Bakery, Naas Co. Kildare.

Of course, Wowburger fries are seasoned to perfection and are golden and crispy on the outside but fluffy and light on the inside. Their freshly spliced potato fries hail from Navan Fruits in Co. Meath. As the seasons change, so do the potatoes used – from Maris Pipers to Marquis Potatoes. 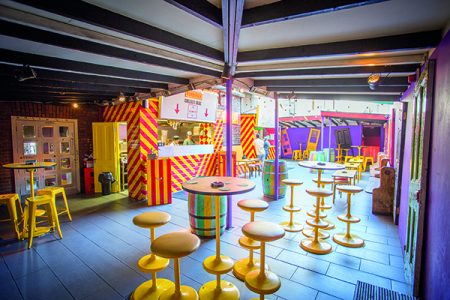