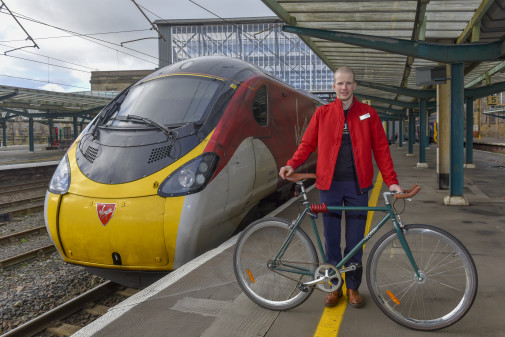 Natasha Grice, 42, joined Virgin Trains as a Customer Service Assistant 16 years ago from Virgin Atlantic where she was part of the cabin crew. She has worked in a number of functions across the business since then.“Working as part of the front-line team meeting customers every day was a great way to get under the skin of the railway” commented Natasha.

Currently working as General Manager for the Birmingham route, Natasha who was born in Birmingham, has spent time as a Duty Manager in Customer Relations, Station Manager and On-Board Manager and was instrumental in delivering the Virgin Trains 2012 Olympic customer experience offer.

Natasha then made the move to the Marketing Team where she led on the development of Virgin’s brand values as Head of Brand and then the company’s Talent Academy. Her breadth of knowledge of the business will be crucial in the new position.

Phil Whittingham, Managing Director of Virgin Trains on the west coast said: “We are proud to announce Natasha’s appointment as our new People Executive Director and welcome her to the executive. I’m delighted to have someone with Natasha’s experience and passion for Virgin Trains in such an important role in the business.”

Natasha Grice, newly appointed People Executive Director for Virgin Trains on the west coast said: “I feel honoured to be moving into the role of People Executive Director. I am passionate about Virgin Trains, our brand values and our people and it’s been a dream of mine to become People Director. I love seeing people progress and identifying paths for them. We’ve no problem attracting people to the business and are very good at retaining them – there are plenty of opportunities for them to try different roles.”

The role is currently held by Patrick McGrath’s who will retire in May after 18 years in the position.