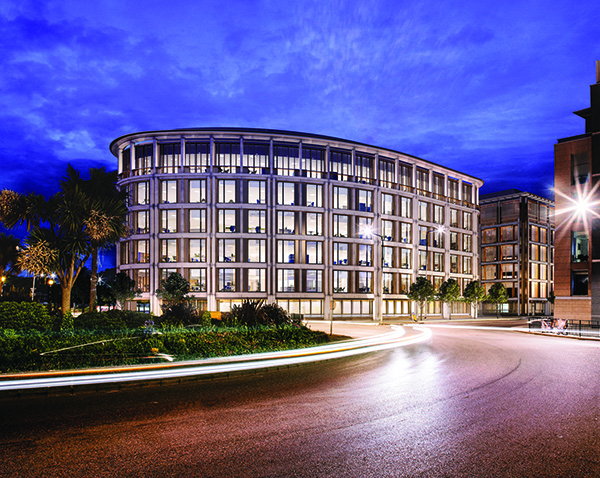 A major development in Jersey, that when complete will provide the island with a world-class business hub, continues to make significant progress. The International Finance Centre (IFC) Jersey will eventually comprise of six standalone Grade A office buildings in the heart of Jersey’s central business district and waterfront area – The Esplanade Quarter.

IFC Jersey will create 470,000 sq.ft of office space in total alongside both private and public car parking. Construction has been split into phases and will be delivered on a building by building basis in response to demand. Work to create IFC 1 began in 2015 and was completed in March 2017. The entire project is being overseen by Jersey Development Company (JDC). Established in 2011, the Company is owned by the States of Jersey and is responsible for completing the development of the St Helier Waterfront and regenerating redundant States of Jersey property. 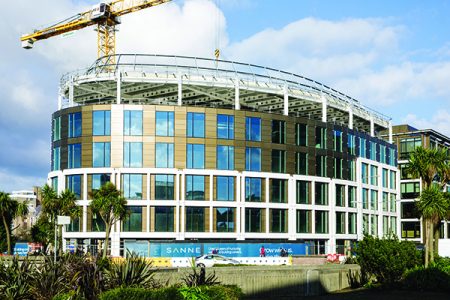 Work to construct the second building of a possible six, known as IFC 5, initially began at the end of 2016 and has a 20 month build period. Lee Henry, JDC Managing Director, spoke to Premier Construction about the progress of the development and its importance:

“These buildings are, and will be, the highest quality offices in Jersey. The occupiers of IFC 1 are extremely happy with the space that has been created. There is an abundance of natural light and because the floor plates have no columns the fit out is extremely flexible. We are now at 74% let in IFC 1 with a further 14% in legal hands. Very shortly we will be at 88% let, with interest in the remaining in the remaining 12%. During the course of this year IFC 1 will be fully let and JDC will be looking to then dispose of the asset. We’ll be selling the asset to either an institution, a sovereign wealth fund or high net worth individual.

“As is the case with all developments, you have to make sure that you’re building to the specification that the market requires. In all of our buildings, the internal mechanical and electrical systems are designed for occupancy of one person per 8 square metres. This ensures the space can be used efficiently. What we’ve found from tenants that have moved into IFC 1 is that actually they have taken less square footage than they previously occupied because the space is that much more efficient and usable.”

IFC 5 will boast 69,000 sq.ft of business space with floor to ceiling windows that flood the space with light. Alongside the office space there is also a proposal for a coffee shop to occupy the ground floor.

The financial services industry remains Jersey’s primary industry, contributing around half of its GDP. IFC Jersey ensures that the island has the right infrastructure to support that industry. Businesses need to be operating in modern, efficient buildings that have a focus on staff wellbeing, staff retention and staff productivity. Lee added:

“The majority of occupiers in these buildings will already have had premises in Jersey. It’s important that we ensure these businesses remain within the Island and have the ability to expand rather than look to other jurisdictions to grow. We also have two or three occupiers in IFC 1 that are new businesses to the island. Having floor plates that are readily divisible into smaller office suites ensures that you’re providing very high quality office space for the new businesses as well.

“The company is involved in significant projects here in Jersey and we’re committed to delivering high quality, well designed and well thought through developments. It’s an honour to be involved with these projects. We are at the forefront of design and specification and these buildings are the highest quality office buildings in the Channel Islands.”

As well as working on the prestigious IFC Jersey, JDC has a number of significant residential projects. College Gardens, a collection of 187 apartments in the historic former Jersey College for Girls, is scheduled for completion in 2019 yet all properties have been sold off plan. This will be followed by Horizon, a collection of 280 apartments and accompanying leisure facilities on the waterfront. 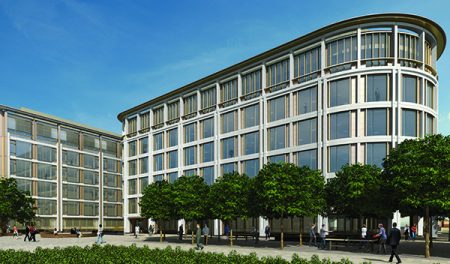