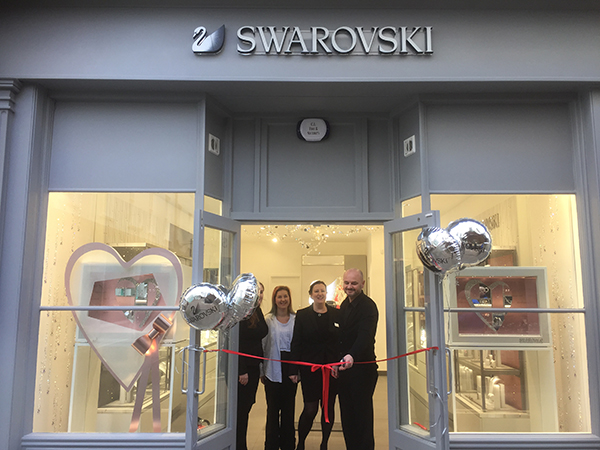 “We were originally in a traditional Red and Blue Swarovski store and each store has now moved to a new concept called Crystal Forest. With that we had to move premises because the consideration of the old store didn’t adhere to Swarovski’s concept. Overall, the relocation was essential for us to undertake the new concept store. It was quite some time in the planning because we had to find suitable premises with the right height because we have specialist lighting installed.”

The new Swarovski premises were found in July 2017 with work on transforming the site undertaken by contractors Alex McIver Carpentry and Construction and Transform Electrics.

Matt said: “Structurally we had to do a few things, so there were a few challenges with planning and signage but generally the store pretty much fitted the configuration and what we were after.”

The Crystal Forest concept was created by Japanese award-winning retail architect Tokuijn Yoshikoa to create a multi-sensory, multichannel experience that plays on the reflection of light created by multiple Swarovski crystals. The store is also fitted with television screens which display items and offer suggestions to customers. Throughout the store, customers will find a number of Swarovski items on display including new collections, annual editions, limited pieces, watches, home accessories, rings, pens, stationary and cufflinks. 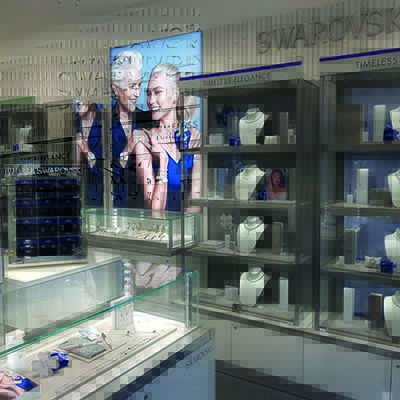 “Crystal Forest is a streamlined white and grey concept. It is cutting edge, straight lines and is very easy on the eye,” added Matt.

Since opening on 1st February 2018, Matt and the store have received positive feedback following the new look and concept.

He said: “We are delighted with how things have gone and the customers are very pleased. It is certainly what St Peter Port, Guernsey needs for retail. It is very clean, very clinical, everything is displayed well and generally the opinion of the store is favourable. We have had fantastic reviews.

Founded in 1895 by Daniel Swarovski, Swarovski is the world’s premier crystal company. Today the company is the highest grossing business unit with a global reach of approximately 2,800 stores in around 170 countries, more than 27,000 employees and a revenue of around €2.6 billion (as of 2016).