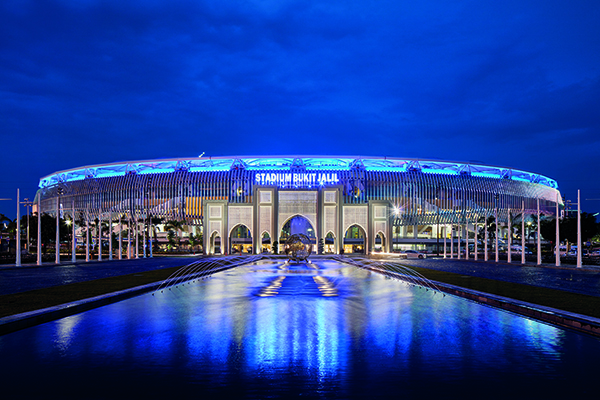 The new Kuala Lumpur Sports City (KLSC), formerly known as Buki Jalil National Sports Complex, is set to be one of the most iconic and distinctive international sporting and entertainment centres in Asia. As a redeveloped and fully-integrated sports hub, KLSC is fully compliant with local and international standards and consists of new world-class infrastructures on par with the most renowned world-class sports and entertainment centres.

Populous and MRCB worked together on KL Sports City with a shared vision for the first stage of redevelopment. Populous is responsible for designing the places where people love to be together, including Yankee Stadium, the London Olympics and the Super Bowl. They are experts at drawing lots of people together around things that they love. 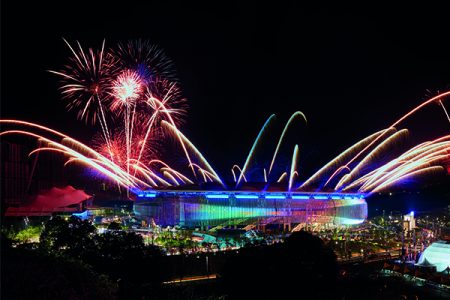 The National Hockey Stadium seats up to 12,000 people and recent upgrades include:

Stage one of the redevelopment was finished for the 2017 Southeast Asian Games with Stage Two of the redevelopment starting in 2018. Stage two will include the liveable sports city services residential and Retail and commercial facilities such as a convention centre, youth hostel, park, library and sports museum creating a modern and liveable city at Bukit Jalil. 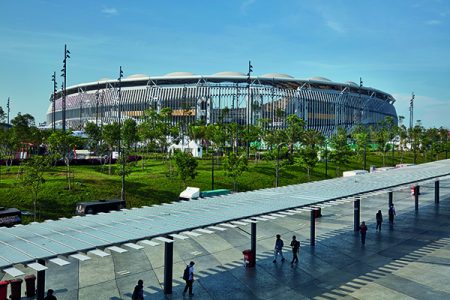 Datuk Nalgunalingam who is fondly known as Datuk Guna to his colleagues and close friends is a trained professional engineer.

After completing his formal education, he pursued his higher education at Newcastle upon Tyne, in the United Kingdom where he graduated with an honours degree in Mechanical Engineering and later returned to Malaysia.

In the year 2000, Datuk Guna began his career as a Project Engineer with Sime Darby. He was entrusted with the task to manage several prestigious and mega projects for the group, namely the Boeing Aircraft Facility at Bukit Kayu Hitam, the 2,400 Megawatt Bakun Hydro Electric Dam Sarawak, BASF Methanol Plant and several others projects.

In the year 2008, at the age of 32, he was appointed the youngest General Manager and Vice President of a Sime Darby’s subsidiary, where he took the lead task of steering the engineering services business unit. In the same year he was awarded a scholarship and completed his MBA at Victoria University in Melbourne in the year 2010. Datuk Guna now understudies a Law Degree with the University of London.

Later in 2013, having gone through mission-critical challenges with sheer determination and proven delivery records, he was handpicked as General Manager by the M/s. Malaysian Resources Corporation Berhad Group. He was entrusted and given the responsibility to spearhead the development of high profile and national interest projects for MRCB Group reporting directly to the Executive Director.

Amongst the projects is the MRT Link-Way Pedestrian Bridge which connects K.L. Sentral Station to Museum Negara underground station; the relocation of 100,000 litres diesel tanks from KTMB Depot at K.L. Sentral; and the completion of the first Homeless Centre at Jalan Pahang in year 2014.

For K.L. Sports City, Datuk was working and reporting directly to the Minister of Youth and Sports, YB Khairy Jamalludin Bin Abu Bakar.

Datuk was the Project Director overseeing the scheme, which was completed ahead of time and was nominated for the ‘World Architectural Award 2017’ in Berlin, Germany in November 2017.

When asked about his secret to success. Datuk, said: “To succeed in life, believe in your dream and live your dream.”