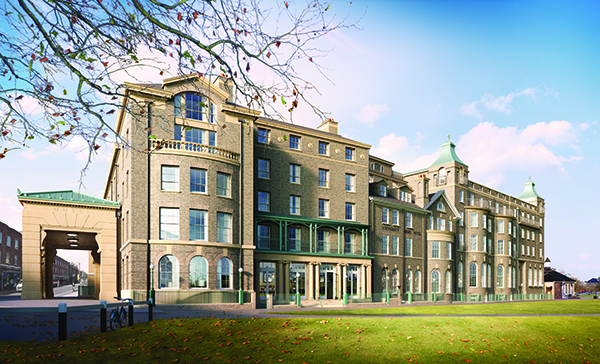 University Arms, Cambridge is set to relaunch as a world-class venue in the summer following a transformation led by Martin Brudnizki Design Studio and John Simpson Architects. Spread across six floors, from the basement rising up through to the fourth floor, the hotel is home to 192 bedrooms in total as well as destination restaurant Parker’s Tavern, a Ballroom, library, bar and reception.

The history of University Arms, Cambridge dates back to the first half of the 19th century and has long been one of the most significant properties in the city. The building overlooks Parker’s Piece, one of Cambridge’s most significant open spaces and the place where football association rules were formed in 1848. 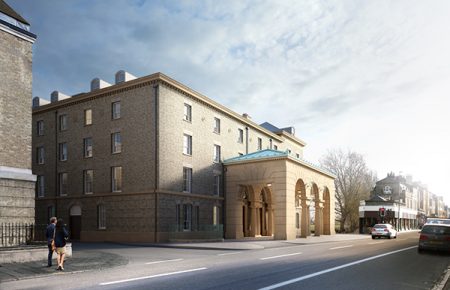 Planning permission to transform the building was granted in March 2013 with an emphasis on restoring the building back to its original grandeur both internally and externally. A large amount of architectural work has been required to take place and John Simpson Architects have worked diligently to restore parts of the original building, including adapting the dated façade back to its former glory. The layout also needed to be reconfigured with Martin Brudnizki Design Studio and John Simpson Architects working together to develop an arrangement that would help the hotel flow and function properly.

Throughout the interior of the hotel guest can expect a rich selection of materials, including aged timber, velvet, leather and brass. It was also important the classical style of the architecture was reflected in the look to ensure it had a place within the historic city. High ceilings with decorative mouldings, for example, help tie the building to its heritage. The materials used are also traditional however, the use of colour and patterns ensure the overall space will feel current and relevant. Presently, the general fit out of the hotel is still in progress.

“University Arms, Cambridge is MBDS’s first complete hotel in the UK. It’s a project we have been working on for many years and being able to collaborate with renowned architect John Simpson has been great.

“2018 is proving a very busy year again for MBDS. With a studio in London and New York, the whole team is working on projects all across the globe. Annabel’s, the iconic London nightclub, completed at the end of February and is a cacophony of colour, pattern and detailing. We are also nearing completion of the Mina Brasserie at the Four Seasons DIFC in Dubai; a traditional-inspired brasserie in the heart of Dubai’s financial district. The New York Studio has also been working on the Park MGM in Las Vegas, a huge casino with all public spaces, including two restaurants and gaming rooms, being designed by MBDS.”

To find out more about the University Arms, Cambridge please visit universityarms.com. 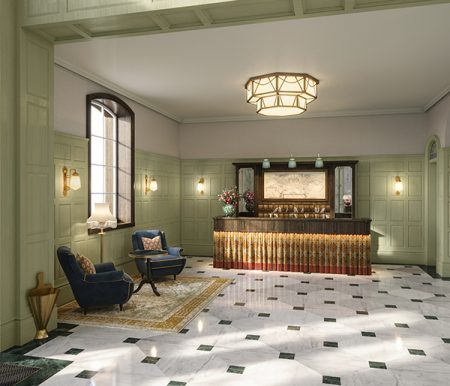 In operation for over 20 years, Tradelinens specialise in the supply of the highest quality bed linen, table linen and towelling for luxury 5* hotels. Founded by Joe Molloy and Robert Lancaster Gaye, who together have combined industry experience of over 75 years, Tradelinens are experts in fine linens.

“Both Robert and I have a long association with University Arms, Cambridge going back to the 1980s when we supplied the hotel directly with table linen. We were delighted when we were asked to help the new owners to create, supply and deliver high quality bed linen and towelling.

“The items that we’ve supplied are seen in the most iconic hotels around the UK and beyond. We are delighted that the hotel has chosen what we believe to be the finest products available on the market today.”

“We are the company that those in the know come to but no one talks about. We rarely advertise yet we have the most iconic, well-known luxury hotels in the country and beyond using our products. No client’s requests are too particular and we make each item to the highest, exacting manufacturing standards.” 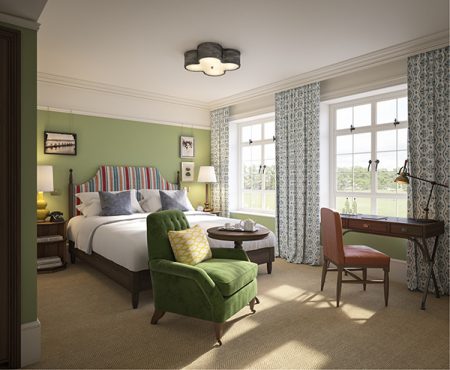