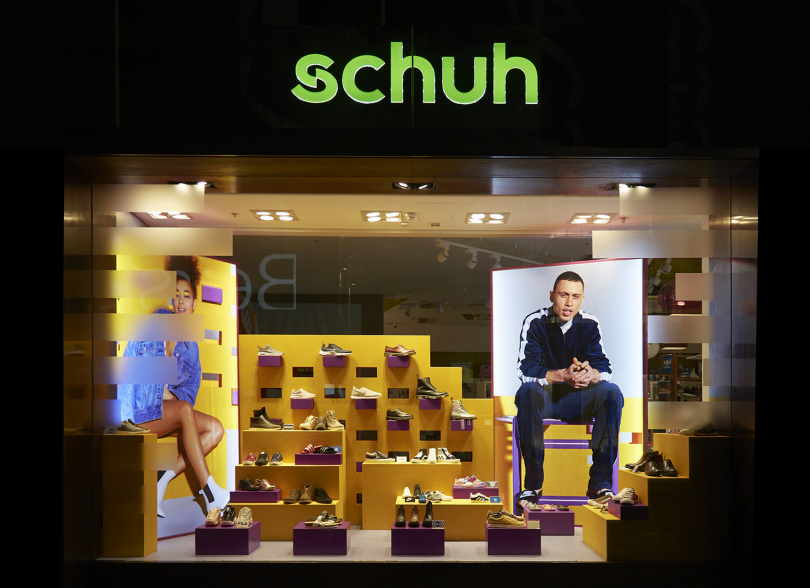 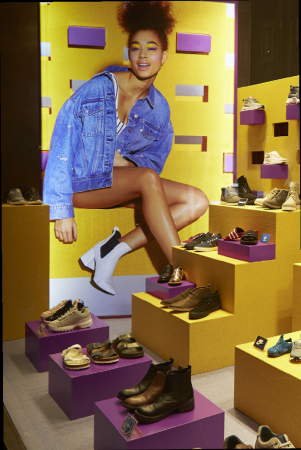 For schuh’s Spring Summer 2018 Campaign, ROAR was set the task to create an integrated campaign for digital and traditional platforms across the schuh brand.

ROAR began by looking at the texture of the tarmac. The bumps in the road, the cracks in the pavement. The double yellow lines, the street signs. It’s all shorthand for the urban playground where most of us live. It’s the same everywhere.

And this is where our inspiration started. After over 20 campaigns with schuh, we understand the customers very well. They’re living, working, and walking, on a street somewhere in the UK. It’s where they come from and where they go to. Every day.

So, we asked ourselves a simple question. What if schuh didn’t just design the footwear, but the streets they walk on, too? What would they be made of? What colours? How would we interact
with them? How would they look?

We started with the universal graphic language of the street – the essence of the city – and we redesigned it. Inspired by parkour, we created our own environment the way we think schuh would.

We took the street markings, signs, textures and materials (concrete, tarmac, coated steel) to make a gritty urban backdrop, the weadded a twist of playfulness – some unique schuh touches. Popping colour contrasts, graphic shapes and high energy. Combining a stripped back street aesthetic with a new sense of place.

Because schuh streets would be bright, bold, kinetic and high on energy. They’d tell stories in a unique environment that the brand can own.

For the photoshoots we created three sets – slide, climb and step, each one telling a different story and each designed to showcase one type of movement. Enabling us to pre-design and pre-plan the way our models interact with every set.

Even though it’s a created space the references are unmistakable – and you know it. The shapes, the lines, the textures – they all ground it in famil 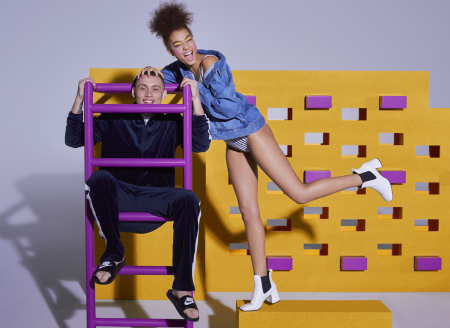 iarity. While the colours give it a shot of energy, a pavement scene pimped in texture and technicolour – and a real sense of schuh.

The models, one guy, one girl, are similar on purpose to give them a synergy that’s very current. Styled in stripped-back colours, shades of khaki, denim – focus is shifted away from the outfit and only to the footwear – but in a super kinetic way – always moving, never still.

The campaign launched with a window installation in schuh’s store in Oxford Street which featured one of the sets from the photoshoot, re-purposed to display the footwear.