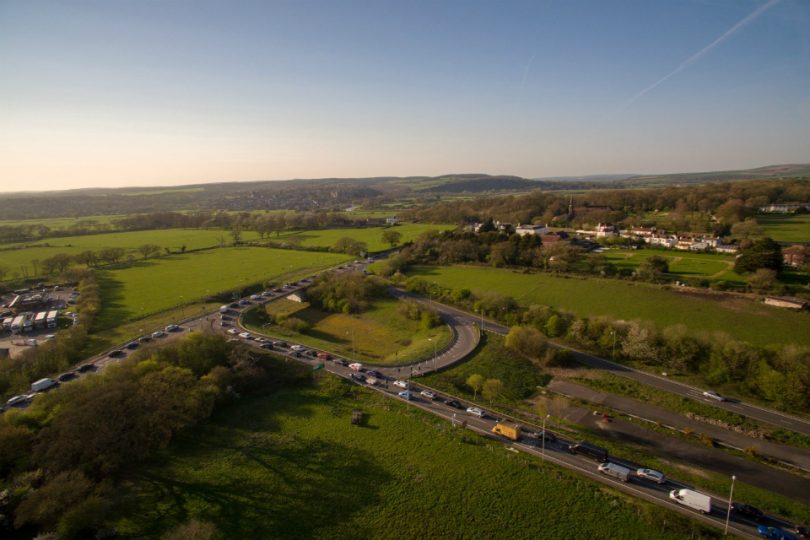 Plans for a new £250m bypass for Arundel on the A27 in West Sussex have been announced by Highways England.

The four-mile dual carriageway will complete a missing link in the A27 and could save commuters more than an hour and a half every week. It will draw traffic away from Arundel town centre and reduce rat-running on minor roads through the South Downs National Park, while keeping the impact on protected environments like ancient woodland to an absolute minimum.

The preferred route – a variation of Option 5a put forward at last year’s consultation – strikes the right balance between creating vital new road capacity and protecting the special environment and cultural heritage in and around Arundel.

Alan Feist, Highways England A27 programme lead said: “These ambitious plans will fill in a missing link on the A27, improving 21,000 journeys every day for drivers from Arundel and beyond.

“Nearly 10,000 people took part in the consultation, and today’s announcement reflects their views and feedback. We will continue to work with people and take their views into account as we further develop the project’s design so we can deliver a project that successfully improves journeys, respects the environment and helps to enhance the historic town of Arundel.”

Three options were put to the public for views between August and October last year, and today’s announcement considers feedback made during the consultation and ongoing discussions with key stakeholders.

The plans also include improved routes for pedestrians and cyclists, including a continuous dedicated path along the existing road around Arundel.

As well as improving journey times, the plans will:

The consultation ran for eight weeks last year. 2,062 people attended the exhibitions, with nearly 3,000 people completing a questionnaire. Over 7,000 responses were received by email or letter. 79% of people who responded trough the questionnaire agreed that improvements are needed, with 48% supporting Option 5a – more than either of the alternatives.

The consultation report has been published today on Highways England’s website and copies are available online or at a variety of locations like council offices and libraries in the local area.